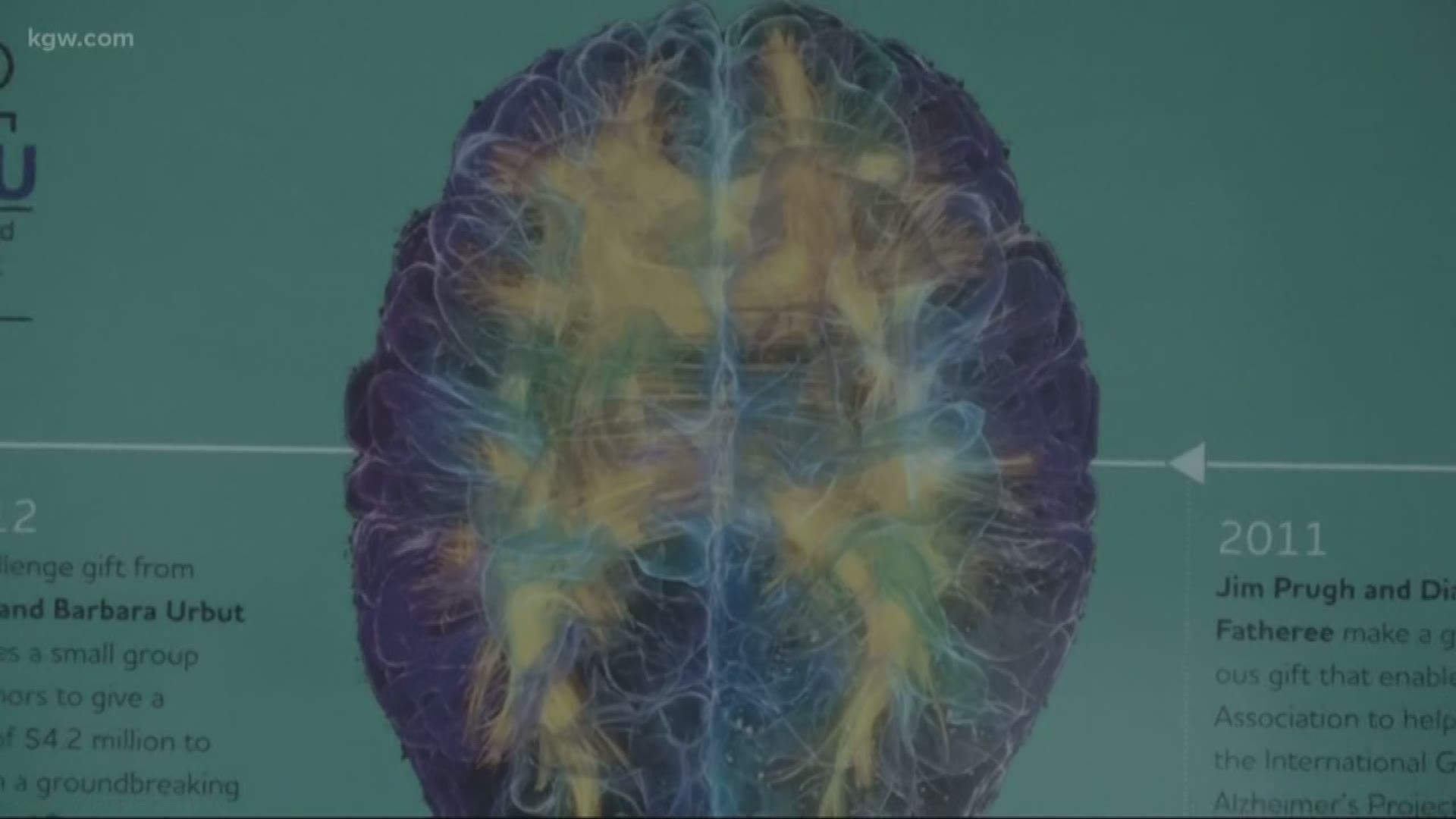 PORTLAND, Ore. — New research in the fight against Alzheimer’s is offering a better understanding of the complex and widespread disease.

Twenty-five researchers from Pacific University, the University of Oregon, and OHSU are joining 6,000 attendees from 60 different countries at the Alzheimer’s Association International Conference (AAIC) in Los Angeles.

One in 10 Americans 65 and older has Alzheimer’s, according to the Alzheimer’s Association. That statistic hits home for people like Jennifer Cook-Buman, who knows the crushing grip of the Alzheimer’s disease all too well.

“Being involved with the Alzheimer’s Association is incredibly important to me. To know what’s going on to help and to identify the signs and the symptoms and the research behind it,” she said.

She lost her father to the disease four years ago. He was 74. Her grandmother also died from Alzheimer’s and her uncle has been diagnosed with the disease.

"I'm terrified. I am the next generation,” Cook-Buman said.

But hope is on the horizon with new research from AAIC.

New research suggests adopting multiple healthy lifestyle choices, such as having a healthy diet, not smoking, regular exercise and cognitive stimulation, may decrease the risk of cognitive decline and dementia. This type of lifestyle may offset genetic and environmental risks of Alzheimer’s disease and other dementias.

Heidi Rowell, program director for the Oregon chapter of the Alzheimer's Association, is excited about what this could mean for prevention.

“For so long we’ve told everyone there’s absolutely nothing we can to about Alzheimer’s disease and there’s nothing to prevent it, treat it, slow it,” Rowell said. “And so now, we’re being able to talk about lifestyle factors and giving people that sense of maybe there is something I can do.”

Japanese scientists collected blood samples from over 200 people, including some who had Alzheimer’s. The test was able to detect the buildup of a protein linked to the disease at an early stage 88% of the time.

RELATED: Scientists close in on blood test for Alzheimer's 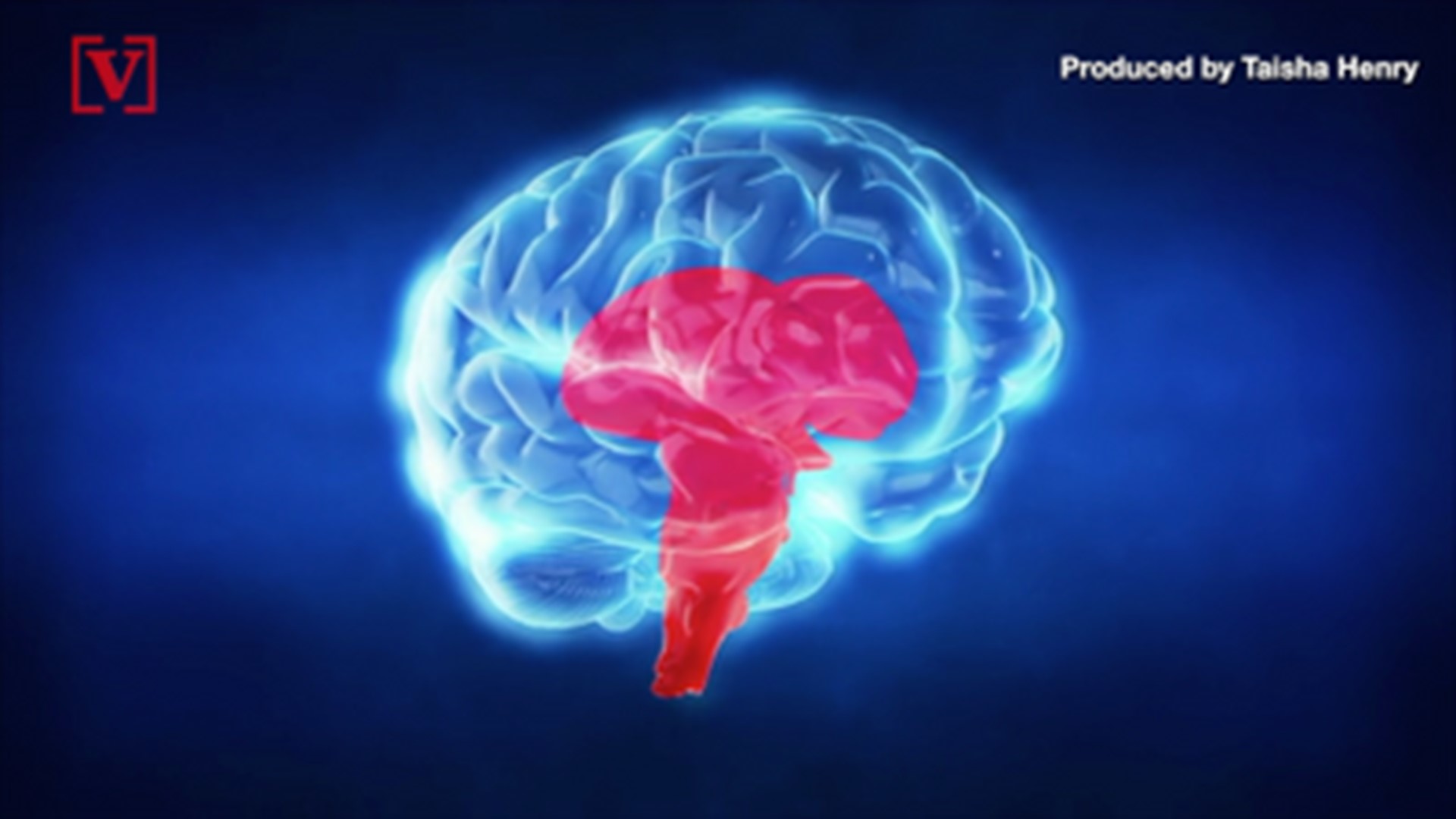 Rowell said these findings could be a game changer because, right now, the diagnosis process is very difficult.

To have something as simple as a blood test diagnose the disease early on would give patients more time to plan their finances and treatment while they still have the cognitive skills to do so.

Sex-specific differences in the biology of Alzheimer’s may explain why the disease impacts men and women so differently.

Two studies found 11 novel sex-specific risk genes for Alzheimer’s disease, as well as differences in the structural and functional connections in the brains of women that might contribute to the accelerated spread of abnormal tau protein, which tracks closely with cognitive decline in Alzheimer’s and other dementias.

Another study suggests that women have higher levels of brain energy usage than men, potentially explaining better verbal memory and enabling them to better compensate for early Alzheimer’s-related brain changes.

A fourth study found that women who participated in the paid labor force between early adulthood and middle age showed slower rates of memory decline in late-life compared with those who did not.

“For many years they’ve said, well, it’s probably because women live longer,” Rowell said. "And now we’re looking at that and saying, well, maybe there’s some biological differences in the brain that affect our resiliency to the disease. That affect the likelihood that you’re going to get the disease.”

Nearly 6 million Americans are living with this disease, according to the Alzheimer’s Association and if you don't think your life is impacted, think again.

“Every single taxpayer is touched. They don't even realize that they are impacted because it is expensive,” Cook-Buman said.

Hope for the future

As our population continues to age, those needs and expenses will only continue to grow. While those already diagnosed may not fully benefit from the new research, we're seeing this week it is giving people like Cook-Buman hope for the future.

“I will tell you that it is a huge, mixed emotion for the people who are currently living with it and the people who are most recently diagnosed,” she said. “Because they are very realistic that it will probably not help them. So, they get angry and they begin their grief cycle of course and then then they get a little more optimistic, hopeful that maybe they can participate in a study that will advance the research and help their own families.”

The Walk to End Alzheimer’s in Portland is on Aug. 24. For more information and to register, click here.

Learn more about Alzheimer’s dementia, including the 10 early signs and symptoms of Alzheimer’s from the Alzheimer’s Association.