U.S. regulators have approved the first drug for an aggressive kind of multiple sclerosis that steadily reduces coordination and the ability to walk. 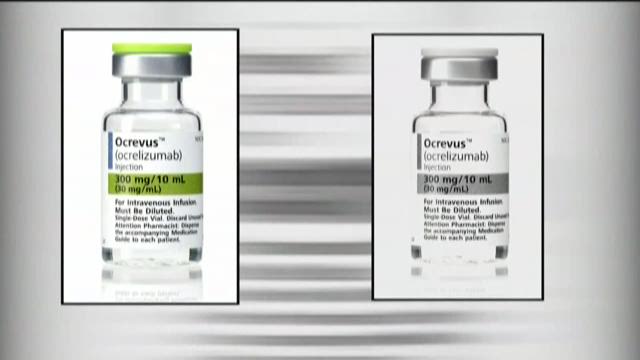 U.S. regulators have approved the first drug for an aggressive kind of multiple sclerosis that steadily reduces coordination and the ability to walk.

The Food and Drug Administration approved Ocrevus late Tuesday after a large study found it slowed progression of the neurological disease and reduced symptoms.

While there are more than a dozen treatments for the most common form of MS, there’s been nothing specifically for people with the type called primary progressive MS. That type of MS is relatively rare, affecting about 50,000 Americans.

The drug was also approved for relapsing forms of MS, which progress more slowly.

The approval was welcome news for patients like Seattle’s Gil Greenman.

The Pacific Northwest is known for having one of the highest rates of multiple sclerosis in the world.

“It’s taken my career. It’s taken my ability to walk,” said Greenman, a former high-powered attorney who now uses a combination of a walker and a wheelchair to get around with his secondary progressive MS.

Wednesday, he was hopeful and said he’s already talked to his doctor about getting on the treatment as soon as possible.

“We actually have people who have been waiting, who are already first in line, to try and get his new treatment,” said Dr. Mariko Kita, Chief of Medicine at Seattle’s Virginia Mason Medical Center. “We’ve absolutely been waiting for this day.”

“I think what’s really next is figuring out which drug is going to work out for which patient,” she said.

It’s given intravenously every six months. The drug was developed by Genentech, part of Swiss drugmaker, the Roche Group. San Francisco-based Genentech said the initial list price without insurance will be $65,000 a year.

In primary progressive MS, the disease’s course varies among patients, but symptoms gradually worsen from the start, and there usually are no periods when symptoms subside.

Symptoms are caused by the immune system attacking the fatty coverings on nerves in the brain and spinal cord that protect them, much like insulation on electrical wiring. As the coverings deteriorate, nerve “messages” aren’t properly transmitted, disrupting movement and muscle control.

Since 1993, 14 drugs have been approved to slow the most common form of MS, but everything tested against primary progressive MS failed until now, said Dr. Fred Lublin, a consultant to Genentech who was on the committee overseeing the study.

Ryan Takeo is a multi-media journalist for KING 5 News. He also hosts “The Sound Podcast,” a weekly deep-dive into the Pacific Northwest’s biggest stories.