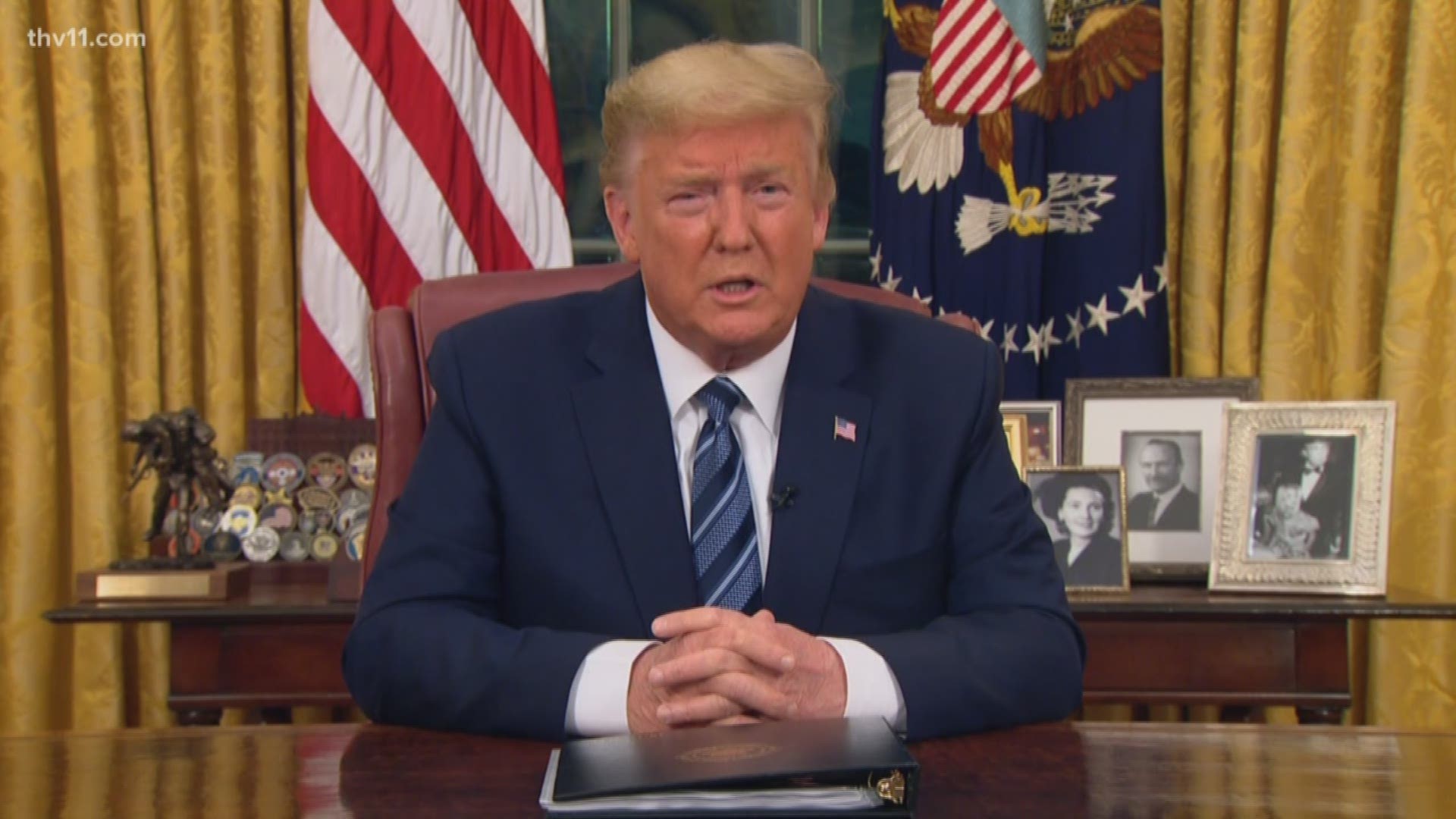 The stock market had its biggest drop since the Black Monday crash of 1987 as fears of economic fallout from the coronavirus crisis deepened. The Dow industrials plunged more than 2,300 points, or 10%.

The sell-off came despite action from the Federal Reserve and the European Central Bank. The steep drops over the last month have wiped out most of the big run-up on Wall Street since President Donald Trump's inauguration.

Markets have turned turbulent amid a cascade of shutdowns across the globe and rising worries that the White House and other authorities around the world can’t or won’t help the weakening economy any time soon.

The S&P 500 fell 7% shortly after the opening bell, triggering an automatic trading halt. The Dow Jones Industrial was off nearly 1,600 points, or 6.7%, early Thursday afternoon.

Before Monday, the circuit breakers instituted after the market crash of 1987 had only been triggered once, back in 1997.

The sell-off slamming global markets came after President Trump imposed a travel ban on most of Europe and offered few new measures to contain the impact.

European markets were down 9%, even after the European Central Bank announced more stimulus measures. World markets are enduring violent swings amid uncertainty about how badly the outbreak will hit the economy.

Thailand's exchange halted trading for a half-hour after the benchmark hit its 10% limit down. Benchmarks in Paris, London and Frankfurt all opened more than 5% lower.

Trump on Wednesday announced actions designed to ease the economic cost of the outbreak including unspecified aid for workers impacted by the virus, a deferment of tax payments for some individuals and businesses and low-interest loans for small businesses. He also announced a 30-day ban on travel from Europe starting Friday night, with exceptions for Americans and for travel from the United Kingdom.

RELATED: President Trump suspends travel from Europe to US for 30 days over coronavirus

Futures for the S&P 500 moved from a loss of 0.4% just before Trump spoke from the Oval Office at 9 p.m. EST to a loss of 3.3% an hour later. Futures for the Dow Jones Industrial Average were showing a drop of 3.5%.

But within that same hour came two more stunning pieces of news related to the virus. Actors Tom Hanks and Rita Wilson said they had contracted the virus, and the NBA announced it would suspend its season after a player tested positive.

As the U.S. deals with both the health and economic fallouts from the virus, it's important to separate facts from fear. World Health Organization officials said Monday that of about 80,000 people who have been sickened by COVID-19 in China, more than 70% have recovered and been discharged from hospitals.

To put the coronavirus numbers in context, millions of Americans get the flu every single year and there are thousands of flu deaths annually. Since October 2019, the Centers for Disease Control and Prevention estimates around 32 million Americans have gotten the flu. That’s one in every 10 Americans.

Credit: AP
A pair of traders work in their booth on the floor of the New York Stock Exchange, Thursday, March 12, 2020. The deepening coronavirus crisis is sending stocks into another alarming slide on Wall Street, triggering a brief, automatic shutdown in trading for the second time this week. (AP Photo/Richard Drew)