Testing sites in the Portland area that primarily operate outdoors have been forced to close because of hazardous air quality from wildfire smoke. 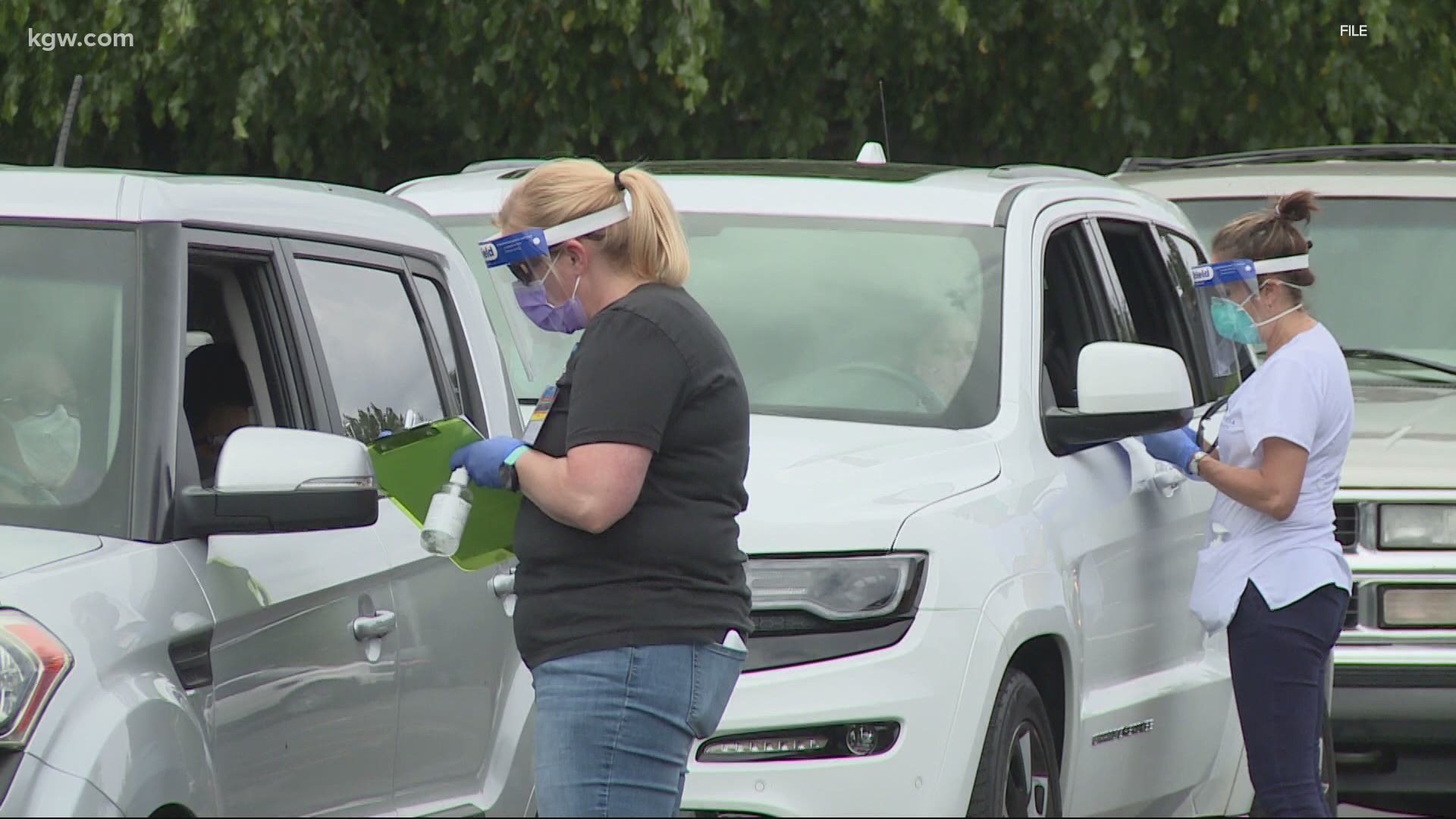 "We've really felt the impact," said Christine Smith, nurse practitioner at AFC Urgent Care. "All of the people who have been displaced—that's the community we serve."

Despite the wildfire threat and smoke, Smith said clinics are open for business.

"We realized that people ... still have urgent care needs, and we want to be here for our community," she explained.

AFC clinics offer COVID-19 testing, which involves a phone and video conversation with a doctor. Then patients wait outside clinics in their car for a clinician to come out and swab the nose.

RELATED: Where and how to get a COVID-19 test in the Portland area

Smith explained this process limits both physical exposure between people and exposure to smoke outside.

However, Dr. Jennifer Vines with Multnomah County Health said other sites that operate primarily outdoors can't do this.

"Several testing sites that were outside have suspended their operations because of air quality," Vines said. "Protecting workers from poor air quality has taken precedence over running COVID tests, which are otherwise available."

OHSU is still testing indoors for people who make an appointment with their doctor. It offers online resources and a coronavirus hotline for people without a primary care provider. OHSU is also offering information about its wildfire response online.

AFC Urgent Care noted demand for COVID-19 testing at its clinics is down this week compared to weeks prior.

"Before, we were booked out three or four days," Smith said. "And now we can see people on a walk-in basis for COVID tests ... or for a next-day appointment."

AFC said it's too soon to know if wildfire smoke has deterred people from leaving home for testing.

"I suspect behaviors, just in general, are off these past few days because of the wildfires, evacuations and poor air quality," Vines said.

AFC said although it's seeing a drop in COVID-19 testing, it's seeing an increasing number of patients for other urgent care needs.

"With the wildfires, we've seen a lot of sore throats, a lot of coughing, a lot of congestion," Smith said. "And unfortunately those are similar concerns to COVID."

Health officials urge anyone who is having trouble breathing to seek medical help immediately. Those concerned about symptoms being connected to COVID-19 can get free resources and information by dialing 211.