What's the process like for getting a coronavirus test in Oregon? How does Oregon compare to other states?

Confusion persists in Oregon and across the country about coronavirus testing. 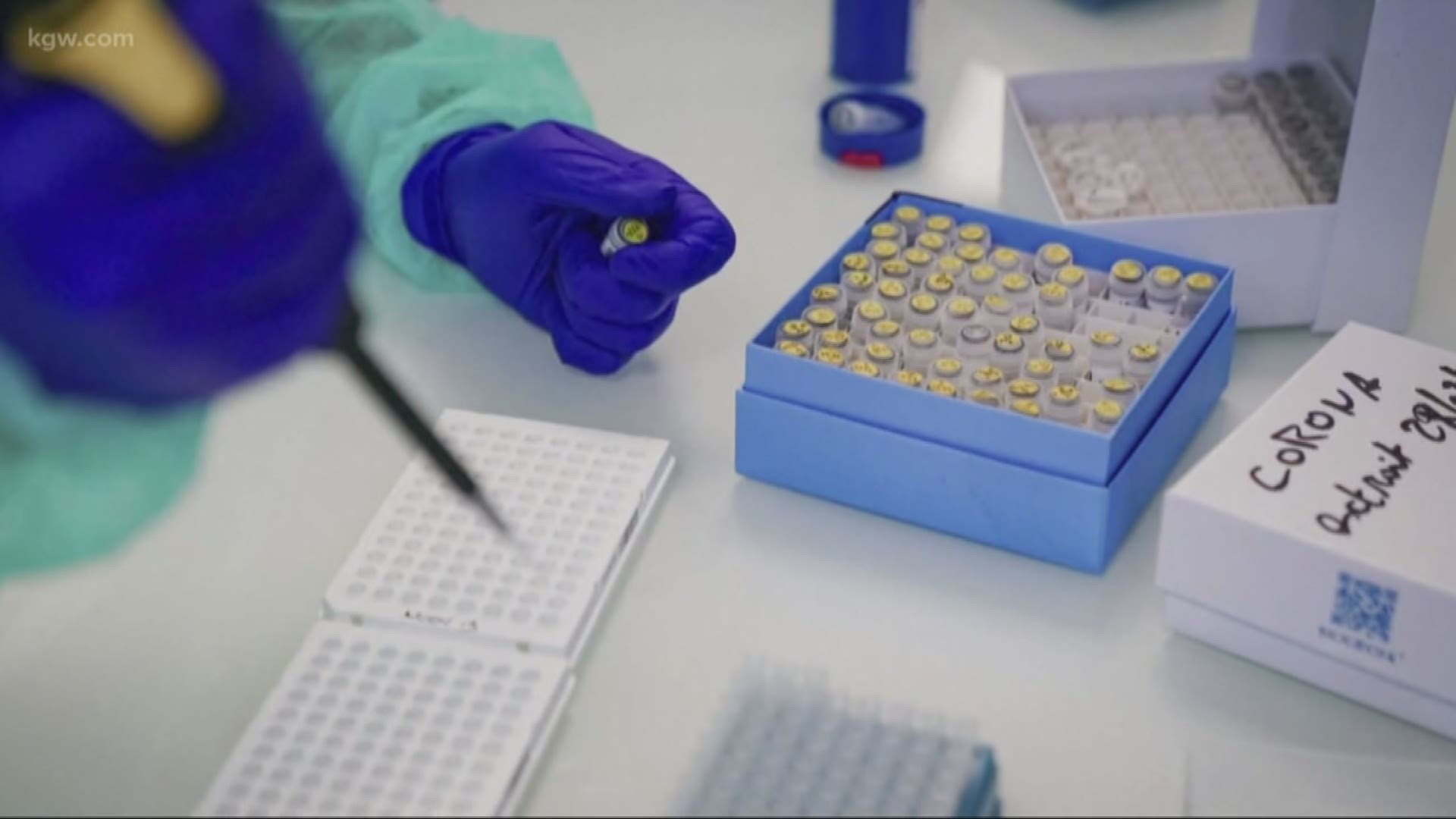 PORTLAND, Ore. — The state of Oregon's labs are able to process 80 coronavirus lab tests a day, and public health officials for days have been begging Oregonians not to ask for tests if they are simply curious and not very sick themselves.

"We’re working with HHS and federal partners, but the federal government is the only one who can expand our testing capacity we are calling on them to do that," Gov. Brown said.

The Oregon Health Authority said each person being tested for coronavirus uses two of those tests, so the state actually has the ability to only test up to 40 people per day. They want those tests to be used for the most vulnerable population, and not overwhelm our healthcare system.

For example, the OHA said the state lab's capacity is being used now to test 151 residents at a veterans' home in Oregon, where two individuals have already tested positive for the coronavirus.

To put things into perspective, Oregon has 688 ventilators across all hospitals in the state. This is clearly a very limited amount, and in order to help the most ill people, the state is hoping to "flatten the curve" or spread out the number of cases over time. The state has a total of 6,000 hospital beds available.

Check the latest closures and cancellations in the Portland/Vancouver area

If you are interested in getting tested, your first order of business should be to find out whether or not it's covered by your insurance, because the test can cost approximately $1,000. The following insurance companies have agreed with the state to waive co-pays, co-insurance and deductibles for tests:

Your next step is discussing the test with your doctor, and whether or not you should be tested in the first place. Your sample at that point would likely be sent to a private lab, like Quest or LabCorp, at their national office. You should not go to their Portland offices to request tests.

So what does the test involve? Your doctor will take a Q-tip swab from inside your nose or your throat, then send that sample to a lab.

"[The tubes] contain a couple different materials that are useful for testing. One important thing is what's called a primer and that helps us to recognize particular genetic material that is very specific to the virus that you're testing for -- in this case, we're talking about the one that causes COVID-19," Oregon Health Authority's Chief Medical Officer Richard Leman said.

From there, it takes about three to four days to get the test results back.

Multnomah County Chair Deborah Kafoury revealed Thursday the county tried a one-time test of a "drive-thru" coronavirus testing site for 10 individuals. She called it a success, but re-iterated it was a one-off and isn't being implemented on a larger scale at this time.

How does Oregon's testing compare to other tests?

In comparison to Oregon, the state of Washington can process about 1,000 tests a day and has already gone through more than 3,400 tests. They have 366 cases of COVID-19.

California can process approximately 7,400 per day, and has tested 1,075 people as of Tuesday, March 10.

Testing nationwide began with a sluggish start in early February, when the CDC sent out its own test kits to labs nationwide, but some of those were faulty and had inconclusive results. The CDC has since sent out new batches of tests across the country.

RELATED: 'We should be prepared for thousands of cases': Crowds of 250+ banned in Oregon