City leaders said the shelter space is currently contracted to remain open until May 15 and serve about 100 people. 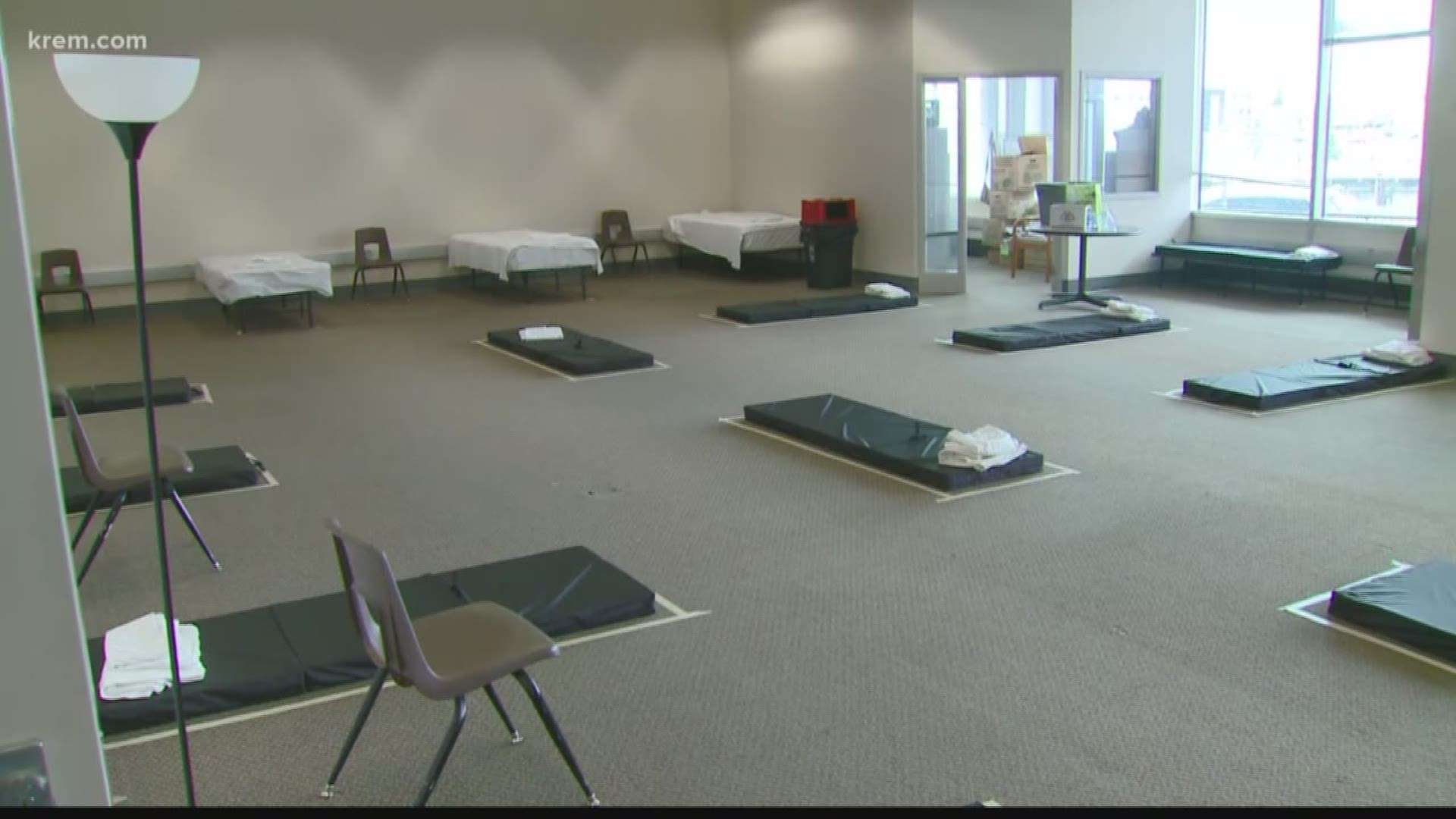 SPOKANE, Wash. — A temporary shelter is now open at the Downtown Spokane library. The City of Spokane received about $1.5 million from the state to do this.

City leaders said the shelter space is currently contracted to remain open until May 15 and serve about 100 people.

It will be operated by two separate groups: Jewels Helping Hands and Hope House.

Jewels will be able to serve about 70 men, who can access their services using the Main Street entrance to the library.

"The common space is where they are going to get their meals, and they'll continue getting the sack lunch meals they've had before," Spokane Mayor Nadine Woodward said. "There are honey buckets outside, hand washing stations and as you know Jewels Helping Hands has mobile shower units."

Hope House can serve about 80 women in a separate area on the first floor. Those patrons can access those services from the north side of the library off of Spokane Falls Boulevard.

"During an emergency like we're experiencing right now, we want to make sure our vulnerable population has access to resources and the services they're used to getting," Woodward said. "Some of them may also be getting them for the first time."

Both organizations are following directives from the health department to ensure people who come through the facility are properly sanitized.

Staff on both sides made sure each mat and bed were separated six feet apart.

"There is going to be security here, so there will be two security officers on site at all times," Woodward said. "And police officers from the downtown precinct will be doing hourly checks."

Before the temporary shelter opened, co-founder of Jewels Helping Hands Julie Garcia said, some people at the Cannon Street center were living in tents Jewels provided.

That's why she said the library will be a nice change.

"It's amazing, we couldn't thank the Mayor more for allowing us to use this space," Garcia said.

Garcia adds they are still handing out tents to those who need them at the Cannon Street Center.