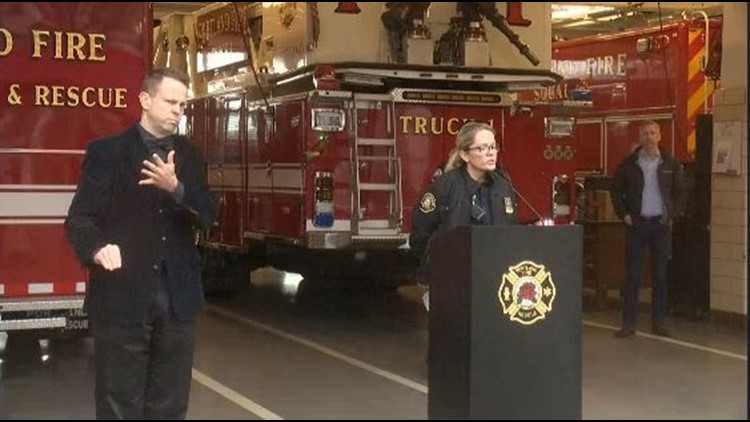 Photo by: KGW
Portland Police Chief Jami Resch speaks during a news conference about the city's response to the COVID-19 outbreak on Tuesday, March 24, 2020 in Portland, Oregon.

PORTLAND, Ore. — Portland Police Chief Jami Resch said calls to 911 for suicide attempts or suicide threats, with or without a weapon, are up 41% since this time in 2019 and 23% compared to the 10 days before the COVID-19 outbreak.

It's important that people check in on family and friends via phone, video chat, text or email, Resch said.

Resch also said there are free resources available 24 hours a day, 365 days a year for those experiencing a mental health crisis or thoughts of suicide.

Resch shared some other key statistics:

Resch made the comments during a press conference Tuesday with Portland Mayor Ted Wheeler and other city leaders.

Resch also said people should not call 911 to report people or businesses who aren't complying with the stay-home order. Those calls should go to the non-emergency line at 503-823-3333.