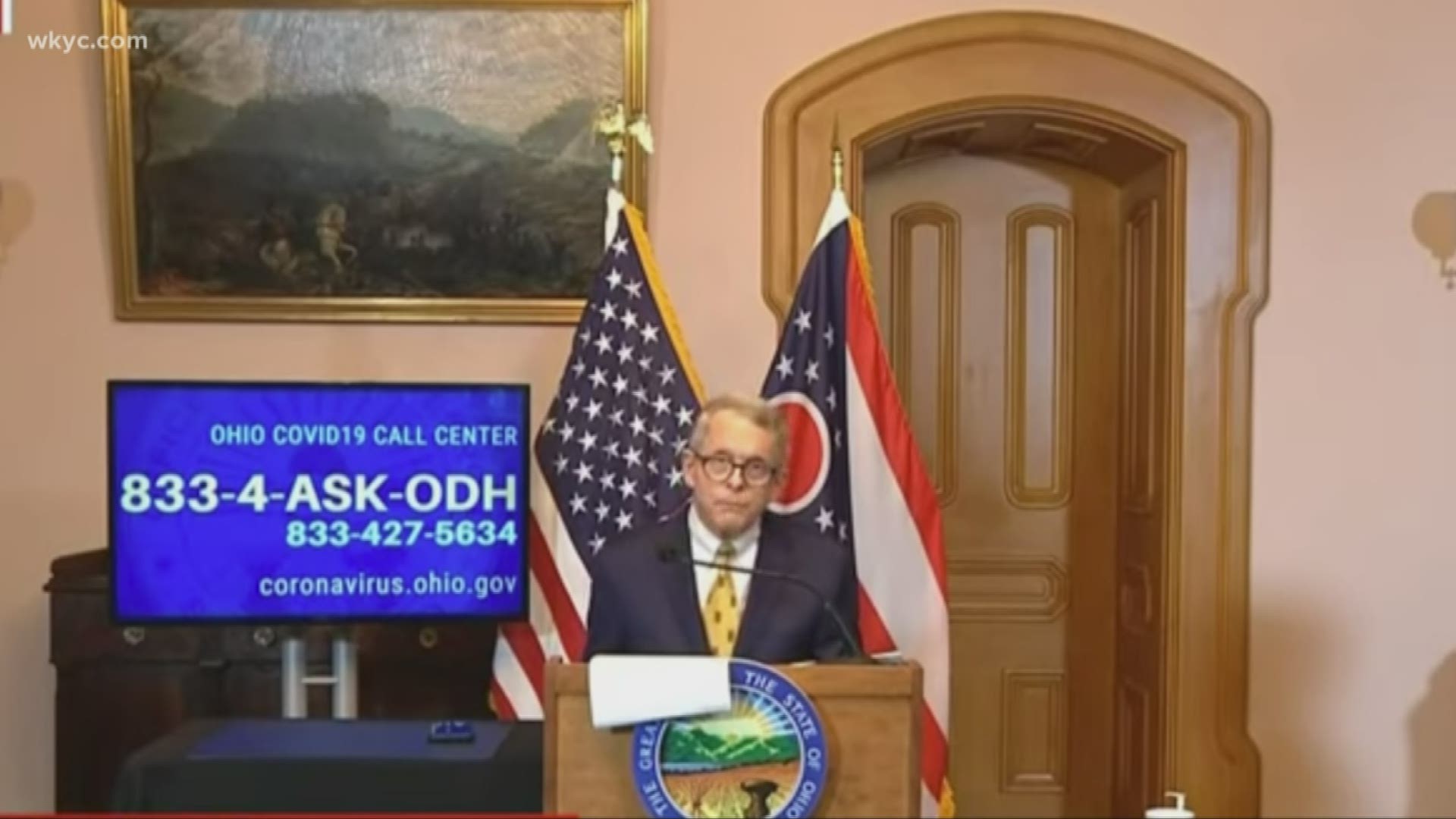 COLUMBUS, Ohio — Gov. Mike DeWine is holding his daily press briefing to update the public on the coronavirus pandemic in Ohio.

There are now 1,406 confirmed cases of the virus in Ohio, with 25 deaths. At least four of those deaths are in Summit County, which is tied with Miami County for the most fatalities in the state.

Ohio Department of Health Director Amy Acton joined DeWine, as always. Dr. Acton has commended Ohioans for "flattening the curve," but believes at its peak (projected around early April or mid-May) the state could still see 10,000 new cases a day.

On this day, the governor called on the FDA to approve new methods for sterilizing personal protective equipment, and also gave a list of the 10 things doctors need most right now:

Watch the governor's remarks in the player below:

RELATED: President Trump sends off USNS Comfort as it heads to New York to help with COVID-19 outbreak

RELATED: Stipe Miocic 'focused on being a first responder' during coronavirus pandemic