The announcement followed an inmate "demonstration" at Monroe Correctional Complex Wednesday that was related to six inmates testing positive for coronavirus. 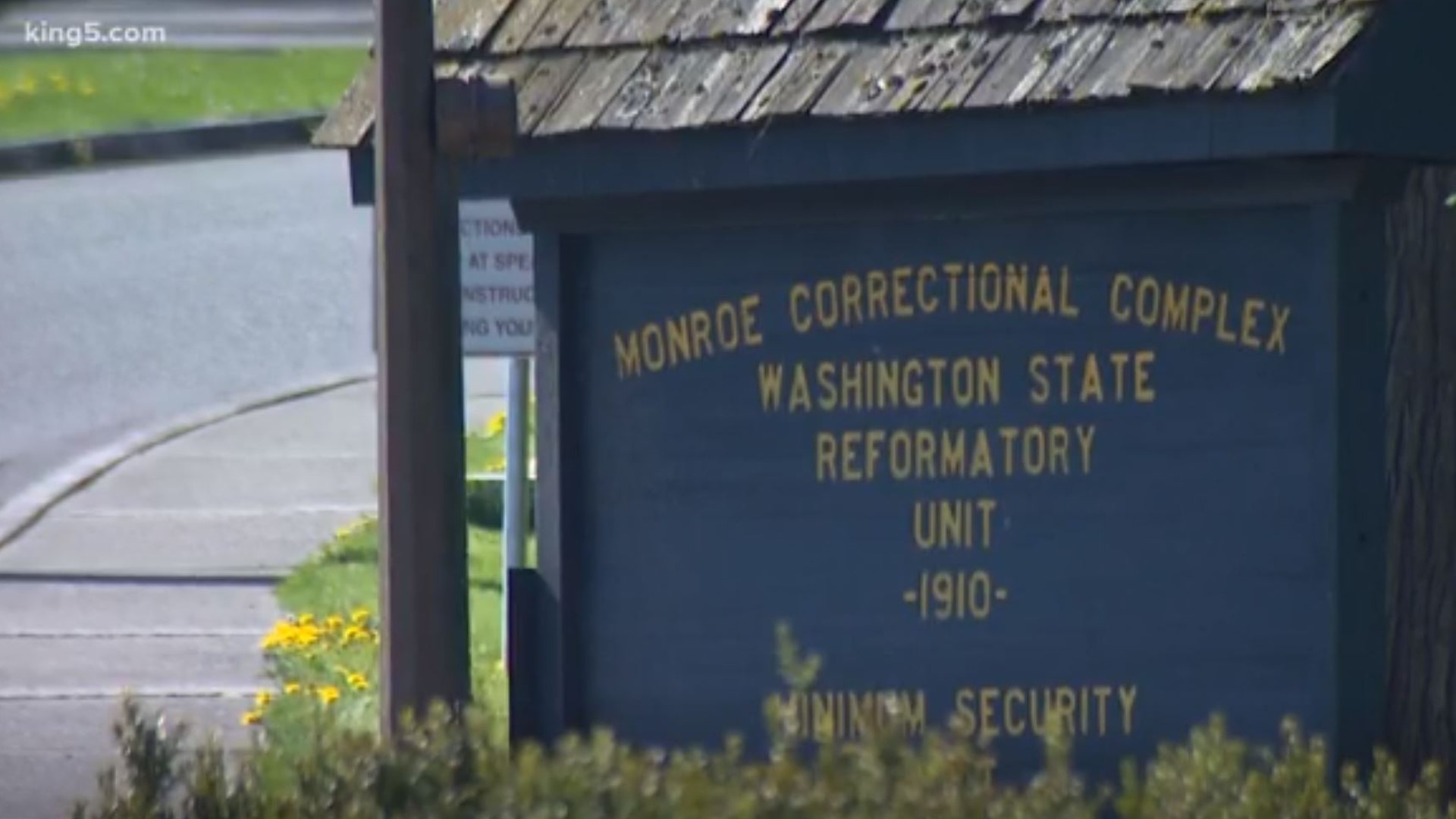 OLYMPIA, Wash. — People in prison for nonviolent offenses may be getting out sooner than planned, as the state responds to the area outbreak of coronavirus, state officials said.

"We have started looking at individuals... nonviolent drug offenders and people like that within 60 days of release, that we could potentially move out sooner," said Department of Corrections Secretary Steve Sinclair at a press conference Thursday.

Gov. Jay Inslee said that the Department of Corrections has not yet released those inmates because corrections officials would have to reconsider procedures for early release.

"It involves creating an environment…. so that the incarcerated individual doesn’t re-offend," he said. "The department wants to help those folks along that path."

The update from Sinclair and Inslee followed what one prison employee called a "riot" involving dozens of inmates at Monroe Correctional Complex on Wednesday evening.

Law enforcement officials believe the demonstration was the result of six positive coronavirus (COVID-19) cases among the prison population. Family members of inmates told KING 5 that inmates there do not feel safe, following the news of the positive cases.

Inmates set off fire extinguishers within two housing units, giving the appearance of smoke. Half of the inmates complied with verbal directives given by the Emergency Response Team, sting balls were used on the rest.

While Washington State Patrol called the incident a "disturbance," one employee of the Monroe prison told KING 5 that the demonstration could be called "a riot" involving lockdowns.

Sinclair and Inslee said Thursday that the incident was started by inmates unhappy with the arrangements and reorganization of living spaces to quarantine the Monroe population.

Sinclair said the inmates involved in the incident were resistant to going into quarantine to protect fellow inmates considered vulnerable from those who had tested positive. Sinclair called that “extremely disappointing."

Inslee was more pointed in his remarks.

"If we are going to provide safety for some of the more vulnerable people in the population, people over the age of 65 the people who have underlying health concerns, some of the other inmates might have to give up television for a certain period of time," Inslee said.

Sinclair said the state is considering other measures to isolate inmates who come down with COVID-19 or who are exposed to the novel coronavirus.

These include recreational vehicles parked in prison yards to house some offenders and using empty solitary confinement cells for temporary social distancing measures.