Washington County has more COVID-19 cases than most of Oregon. It's unclear why

Washington County has been hit hardest with nearly a third of all confirmed cases across the state, as of Friday.

WASHINGTON COUNTY, Ore. — A majority of Oregon’s counties have now reported COVID-19 diagnoses. But Washington County has been hit hardest with nearly a third of all confirmed cases across the state, as of Friday.

“Unfortunately, we can’t say with absolute certainty what’s going on, but we have ideas,” Mortell said.

The first COVID-19 diagnosis in Oregon, announced Feb. 28, was a Washington County resident who worked at a school in Lake Oswego. By that point, the virus was probably already spreading between community members, Mortell said.

Though most testing was limited to people who had traveled overseas at that point, Washington County’s efforts to trace infections have not identified travel as a major source of infection, she said – even though major employers in the region, including Intel and Nike, are globally connected.

“All our known cases were acquired through the community, not associated with travel,” Mortell said.

As the number of known diagnoses climbs in Washington County, health officials are bracing for what is to come.

“Our hospitals are currently doing OK with what’s coming to them, but there is concern in our community, as well as others, as severe illnesses increase,” she said. “We are working to increase resources.”

That includes a focus on personal protective equipment, including masks, but Mortell said the county’s health systems would prefer to purchase manufactured and tested equipment and are not looking for donations of homemade items.

“If members of the community would like to make homemade masks, that might be a good thing for a household,” she said.

Households should also be preparing for the possibility that a loved one may get sick at home, Mortell said. And people should be thinking now about what they’ll do if somebody is sick with COVID-19 symptoms, but not ill enough to require hospitalization.

“Isolate the sick person from the well household members, even if they have mild symptoms such as a sore throat, a cough or a fever,” she said. Ideally, the sick person will be able to stay in a separate bedroom from others in the home, and other residents should clean and disinfect the house regularly.

“We’re in this together,” Mortell said. “We’re working together as a community to not only slow the spread of the disease, but protect those who are most vulnerable from becoming severely ill.”

This article was originally published by OPB, one of more than a dozen news organizations throughout the state sharing their coverage of the novel coronavirus outbreak to help inform Oregonians about this evolving health issue.

RELATED: Here’s what first look at symptoms of some Oregon coronavirus cases tells us: Loss of smell, taste common 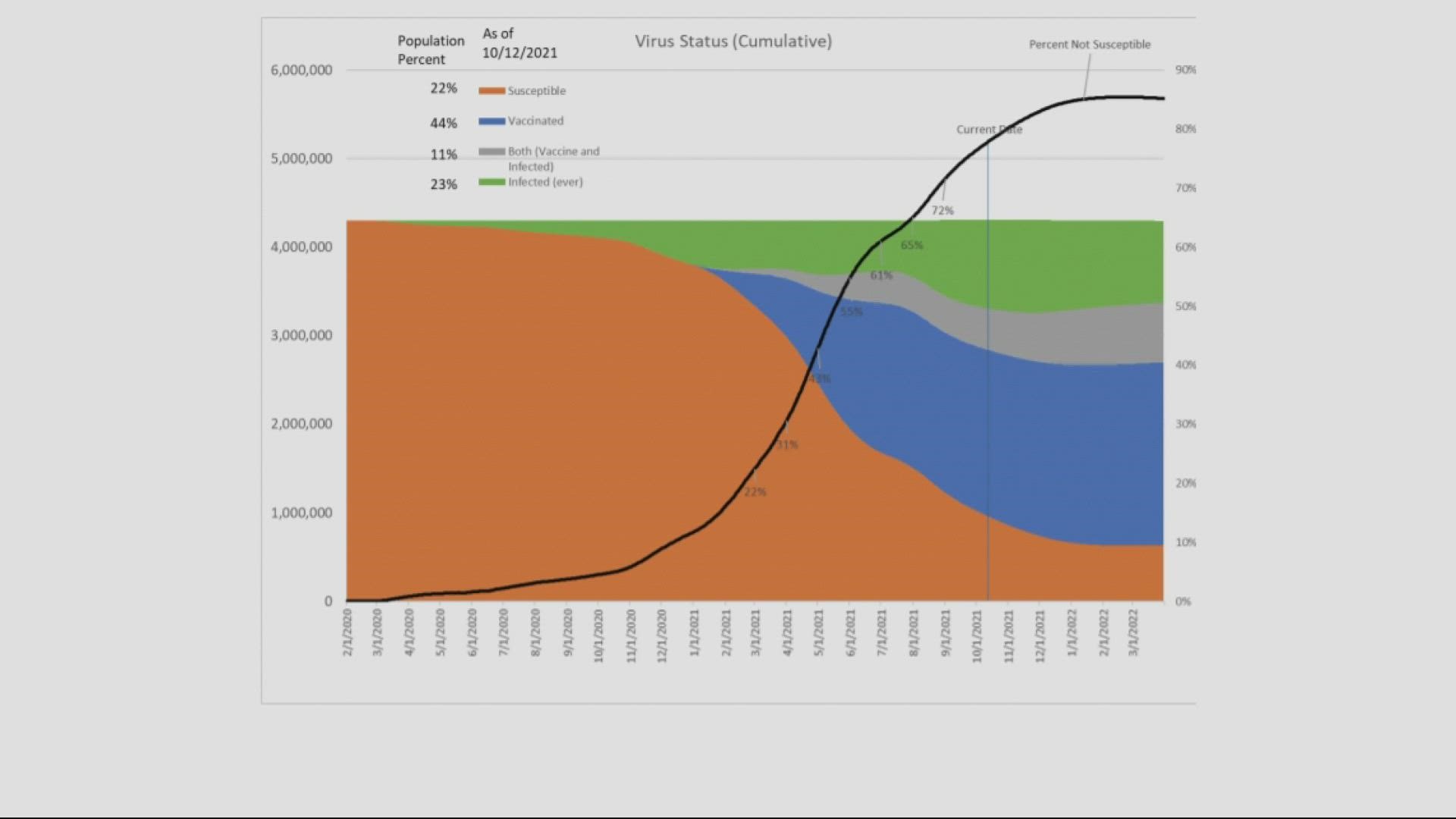