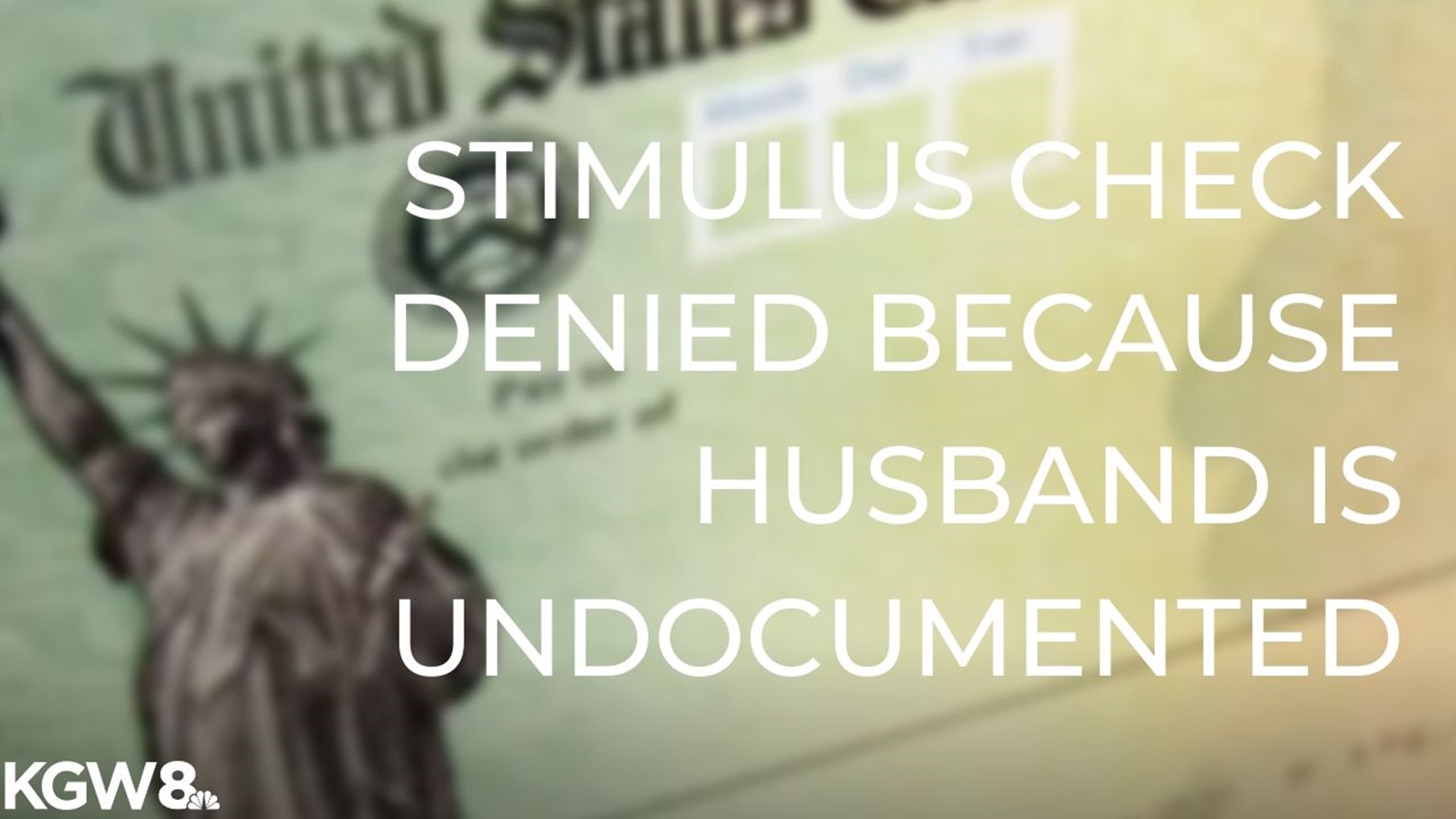 PORTLAND, Ore. — Federal stimulus payments are going out to help millions of households struggling to pay rent and bills. But for some Americans, that stimulus check will never arrive. The government is denying payment for U.S. citizens married to undocumented immigrants.

“I didn’t believe it could be true,” said Cat Villegas of Vancouver. “I never imagined that my government would see me as anything less than any other American citizen.”

Villegas found the love of her life in 2011. The man was an undocumented immigrant from Mexico. A year later they married and eventually built a family together in Vancouver.

Like a lot of Americans, Villegas found her life turned upside down by the coronavirus pandemic. She lost her job. Villegas hoped the federal stimulus check would help her family get by.

Villegas would have received $1,200 to help cover her bills and a $500 bonus for her son. Instead, they get nothing.

“It’s unacceptable to assume that my government would draw distinctions between which citizens have more value than others,” said Villegas.

The lack of support is especially painful because her husband is on a path to citizenship. He’s got a work visa, a social security number and a wife and child who are American citizens.

“He works, he goes to college, he enjoys everything about the American life except for the American freedom of knowing our security for the future,” said Villegas.