Where could Oregon see vaccine mandates?

Oregon and other public employers are looking into COVID-19 vaccine requirements, but some exemptions stand in the way. 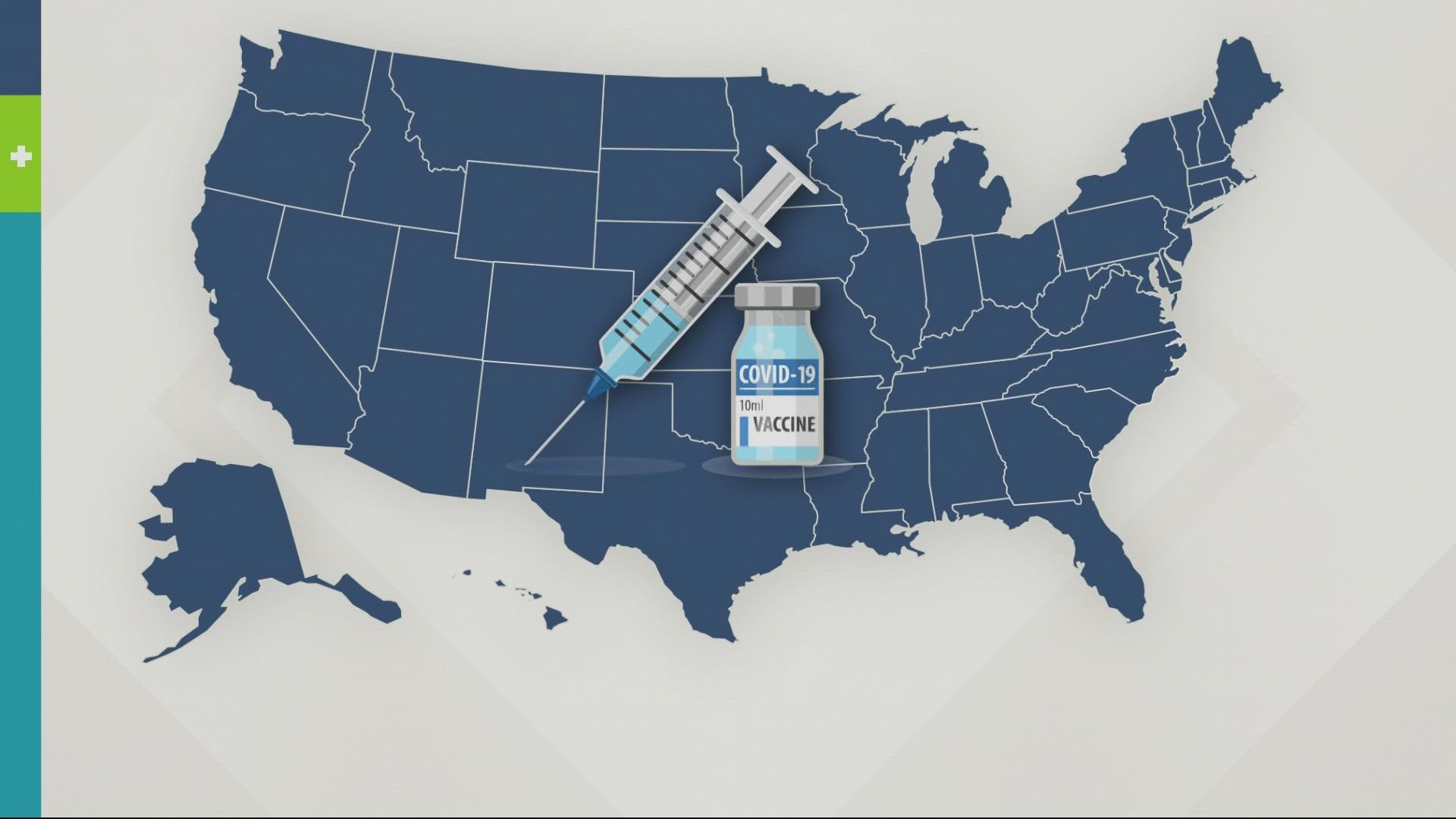 However, some laws and exemptions stand in the way of making such mandates as wide-reaching as health officials want.

Oregon is the only state in the country with a law that prevents hospitals from requiring the vaccine.

Stacy Chamberlain is executive director of Oregon AFSCME, the union that represents workers at Oregon Health & Science University (OHSU). It also represents about 29,000 workers across public and nonprofit sectors.

"We encourage folks to get vaccinated because we want to get back to normal," Chamberlain said.

OHSU is one of the entities working to create some sort of vaccine mandate, despite the exemption law.

Gov. Kate Brown told KGW she's considering a special session in Salem to reverse that law to allow hospitals the choice to impose a mandate. She's also thinking about a mandate for state employees, similar to a mandate rolled out in California.

Chamberlain's focus, however, is on incentives for vaccine-hesitant workers, such as cash, paid time off and childcare support.

She said over the course of the pandemic, government employees, medical workers and corrections staff have put in hundreds of hours of overtime, so extra time off and rest are good incentives.

In addition to a possible state employee vaccine mandate, the City of Portland is also considering one. Mayor Ted Wheeler is drafting a proposal for staff to show proof of vaccination or a weekly COVID test.

At the federal level, the Department of Veterans Affairs became the first national agency to impose such a mandate for staff. However, as of Friday, the White House did not have solid plans for other agencies.

"So a national vaccine requirement is not under consideration at this time," deputy White House press secretary Karine Jean-Pierre told reporters.

Nationally, the more contagious delta variant of COVID-19 is spurring vaccinations, with about 3 million Americans receiving their first shot in the last seven days.

However, in Oregon, hospitalizations for COVID are rising back into the hundreds.

"We know the science, we have a vaccine," Zonies said. "This is a completely preventable problem."

Oregon AFSCME said 85% of its members at OHSU are vaccinated, but hesitancy among the rest of staff and the public is creating a new problem as COVID cases tick back up.

"People are leaving the profession, they're exhausted," Zonies said "We already have a limited number of beds and now we can't staff the beds that we have."

The union and state said vaccine mandate decisions could roll out in the next few weeks.