Vaccine passports are not being used in the U.S. but misinformation about a federally mandated system persists. 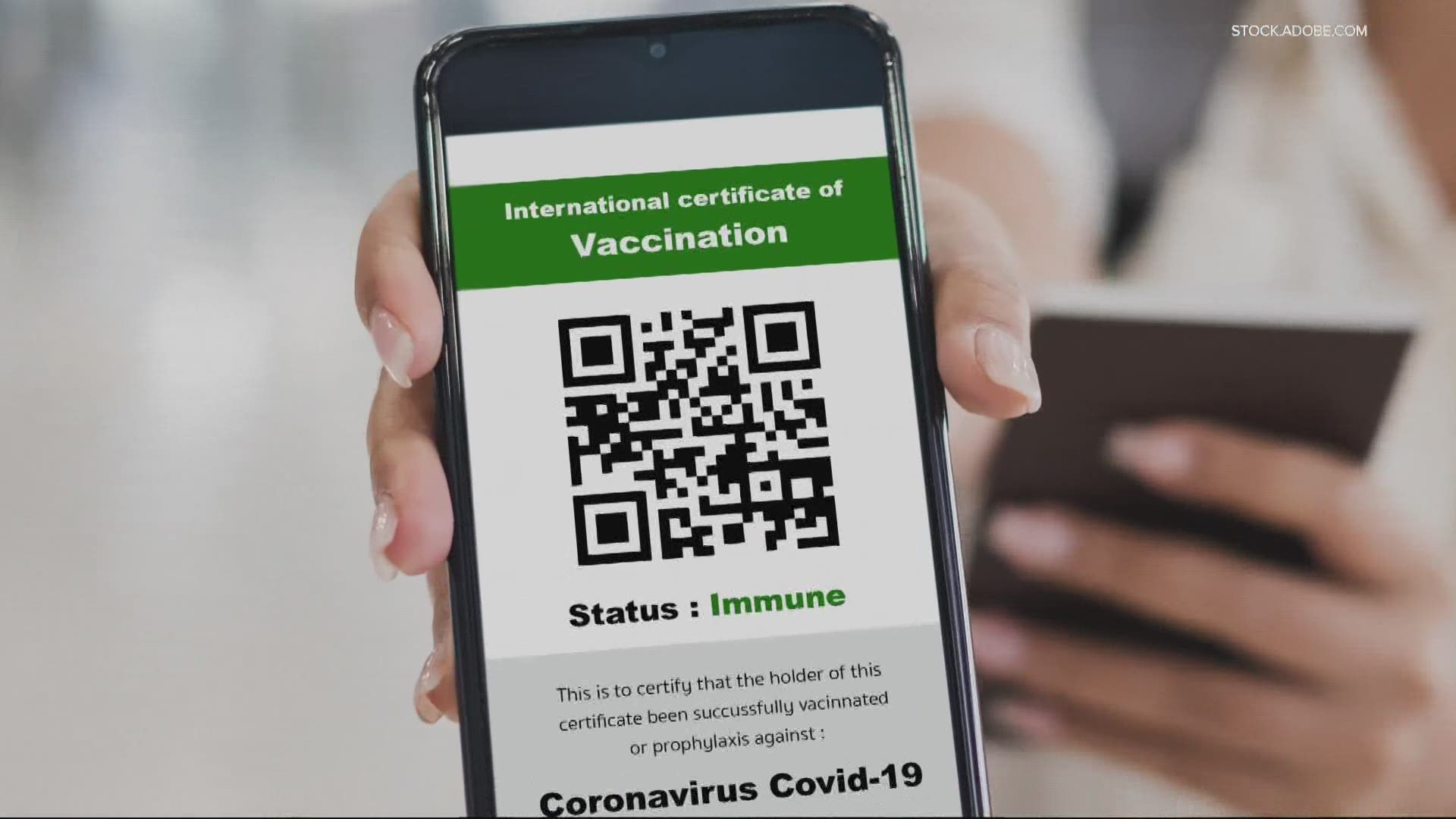 PORTLAND, Oregon — After months of misinformation about COVID, masks and lockdowns, there is a new topic dividing the country: vaccine passports.

China has one, that uses a QR code and a digital version is being used in the EU.

While vaccine passports are not being used in the U.S., international travelers do currently use something called a yellow card to show they’ve been immunized against diseases like yellow fever.

President Joe Biden has assembled a task force to look into digital vaccine certificates, he said they would be left to the private sector and the system would not be maintained or mandated by the government.

White House Press Secretary Jen Psaki said during a March 29 press briefing, "There will be no federal mandate requiring everyone to obtain a single vaccination credential.” Doctor Anthony Fauci reiterated the same thing earlier this week.

However, misinformation about a federally mandated vaccine passport system continued to spread on social media.

“I think the main kind of misinformation we're seeing is a lack of good information,” said Daniel Acosta Ramos, an investigative researcher with First Draft, an organization that analyzes and tries to stop the spread of misinformation.

Acosta Ramos said there are several narratives out there about vaccine passports and a real lack of context out about what they are.

RELATED: What you should (and shouldn't) do with your vaccination card

“It's the fact that vaccine passports have been around for quite some time. I have mine here. It's just a yellow card in which you can list all the vaccinations you have,” said Acosta Ramos.

He said the second narrative being spread in both closed groups and on open platforms like Facebook has to do with "the end of times".

“It's basically a direct connection between these vaccine passports and this apocalyptical or religious narrative.”

The vaccine passport as a start to the end of the world is an idea being spread by the conspiracy group QANON and their supporters, like Republican Representative Marjorie Taylor Greene of Georgia.

“Is this something like Biden’s mark of the beast because this is really not good,” said Taylor Green in a Facebook Live video posted in March.

The third and most common narrative is that passports will be federally mandated.

Republican senator Rand Paul wrote an op-ed for The Hill entitled "We must resist the latest COVID-era power grab: the vaccine passport”.

Republican governors like Gregg Abbot of Texas and Ron Desantis of Florida have banned vaccine passports in their state.

“It actually validates in some way the rhetoric or even some of the misinformation that's out there,” said Jason Mollica, who teaches social and digital media analytics at American University.

Mollica said when politicians ban something that does not exist, like a federally mandated passport, it really fuels the misinformation wildfire.

“And that's where people get confused, but that's also where the line starts to be divided between Republicans, Democrats, or vaxxers and anti-vaxxers or even governors that feel that it would be good to have these passports if they were ever put into effect or not,” said Mollica.

Bottom line, while some private businesses may require proof of vaccination, there is no federally mandated COVID vaccination passport system in the works.