People signing up for vaccination appointments find the websites overloaded, glitchy, and kicking them out repeatedly. 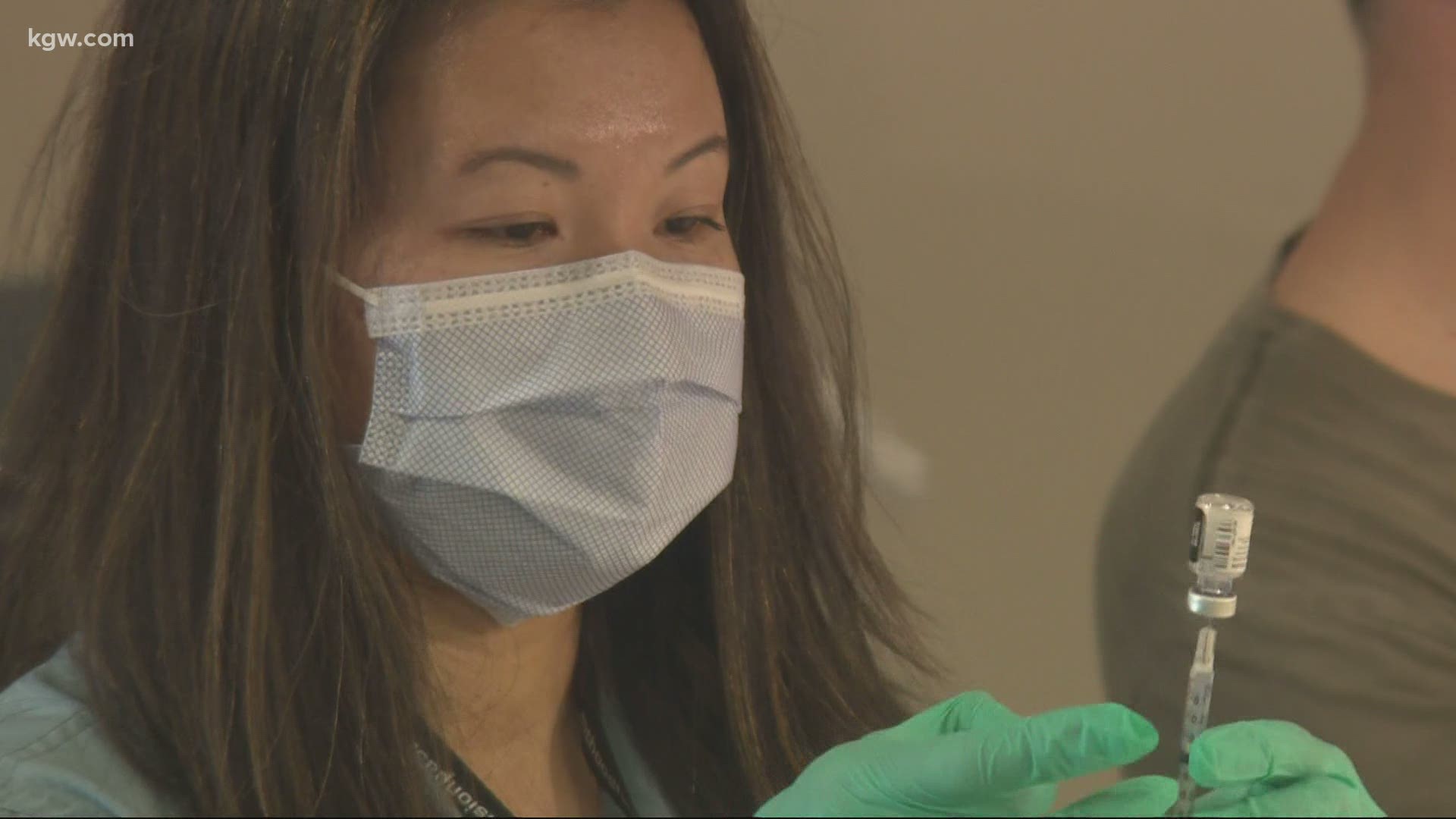 But being eligible is not the same as getting a shot, especially in the Portland area where many are eager for the vaccine.

“So unfortunately, first of all, I got up right after midnight because I thought it would open up immediately,” said 71-year-old Alan Iberg. "But alas, it didn’t."

He wanted to do all he could to get one of the 7,000 shots made available starting at 9 a.m. through the Oregon Health Authority website.

Like many others, he ran into glitches on the website that kept him from getting an appointment despite being able to see the available times.

“I got mostly successful, twice, having appointments offered to me," he said. "I clicked on one and started the signup process, got three-quarters of the way into it, and then was dumped out both times.”

The third time he went back in, all the appointments were gone.

RELATED: Here's how to get the COVID vaccine in Oregon

He had created a MyHealth account with Legacy so he could speed through registration when the site opened up.

But Monday morning, after finding an appointment, the website would not take his name and password, and eventually kicked him out. Twice.

“I’m computer literate," Sweeney said. "I deal with these things all the time; I’m a meteorologist for god’s sake. If somebody is telling you at Legacy or wherever that the computer system is working fine, that’s crap. It’s not.”

It’s been a long year living with COVID-19, so the shots offer relief and a return to some form of a normal life. To be so close and still not get an appointment is infuriating.

“I’m sure they’re very nice people, but come on folks," Sweeney said. "We’re all in the same boat. I haven’t seen my grandkids, like all of us, in over a year. And to have a glitch in the computer like this is unconscionable.”

A spokesperson for the mass vaccination sites in Portland, Tamara Hargens-Bradley, said the 4,900 appointments released Monday for the Oregon Convention Center were taken in an hour.

The 2,400 appointments for the OHSU airport drive-thru vaccination site were all snapped up in 35 minutes. OHSU admitted it accidently released its appointments 15 minutes early, and later apologized.

As for computer glitches, Hargens-Bradley said the website for reservations at the convention center and airport can only handle 4,800 people at a time, and both were overrun with more people than that.

“So pages loaded slowly, or people received error messages," she said. "Our IT teams have implemented fixes, so patients should have a better experience going forward.”

Magnifying problems with the website for the Portland area are the sheer numbers of those eligible for the vaccine.

RELATED: Gov. Brown says most Oregon elementary students will return to classes by the end of April

Then on Monday, March 1, the governor will allow another 258,000 people, those 65 and older, to join the pool of eligibility.

That’s 671,000 people. Even with an expected increase of 107,000 doses to Oregon beginning this week, it will take until the first or second week of April to vaccinate all those seniors. And that’s not factoring in members of the 1A group or educators which have not been vaccinated.

They don’t all live in the Portland area, but a lot do. And they are competing for a relatively small number of vaccine doses.

Noeleen Conway said she thought she was ready because she had helped a 75-year-old neighbor get an appointment on the website just last week. She was wrong.

“Nightmare," she said. "Very frustrating, disappointing, filled you full of anxiety because you were looking forward to this so much and for so long."

She lost multiple appointments because of one glitch or another.

“I think in all, going through the process over and over again, I probably ended up going in about seven times and seeing something until I didn’t see anything anymore."

An hour and a half after all the reservations were taken, a verification code ended up in Conway’s email in box. It was far too late to use it and book a time. That's just an indicator of how everything worked Monday morning.