As more people become eligible to get the COVID-19 vaccine in Oregon, supply remains an issue

The Oregon Department of Education warned teachers and others that while there are 152,000 eligible for the shots, there are only 85,000 doses available. 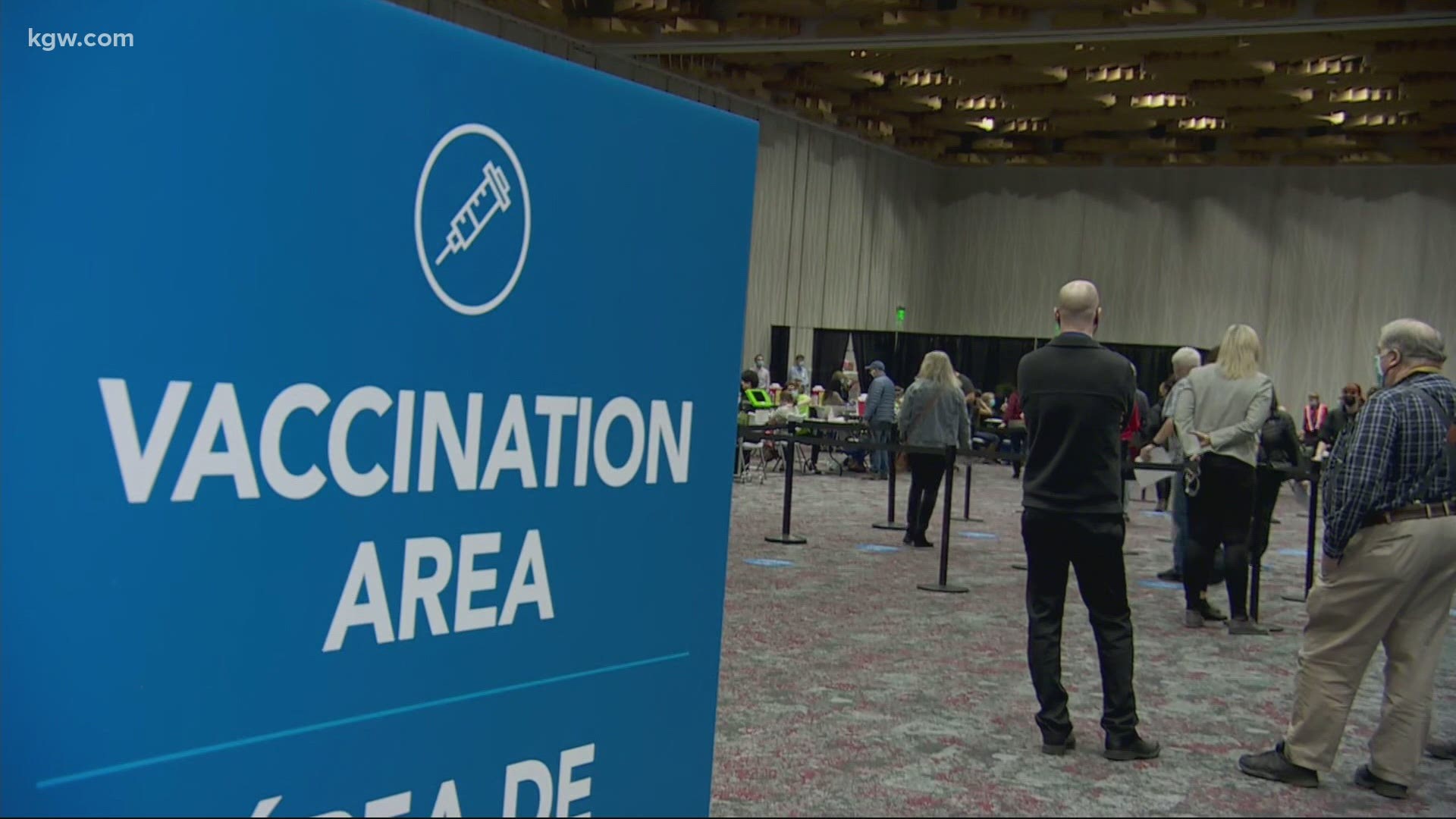 PORTLAND, Ore. — The systems in place to administer COVID-19 vaccinations are growing and being refined in Oregon. The one thing most are waiting on now is supply of the vaccine.

For the rest of the week, 1,700 educators a day will get shots at the convention center along with another 1,700 people in that 1a category.

The Oregon Department of Education put out a bulletin Monday warning teachers and others that while there are 152,000 eligible for the shots, there are only 85,000 doses available for them at the moment. It urged districts to put educators who teach underserved communities first.

Multnomah County's public health department will hold a separate vaccination effort Wednesday, also at the convention center, for 700 people who are community health workers and help those on the margins.

“Especially our communities of folks who are immigrants, refugee populations, people who don’t speak English as their first language, as well as folks who have been traditionally left off or left out,” said Kim Toevs from Multnomah County Public Health.

Besides the convention center, here's a roundup of vaccination sites in the greater Portland area.

There is still not enough vaccine for all the sites and all the people.

But along with the frustration, some hope, the number of new known infections is falling -- a very good sign.

"Its great news because we were concerned we were going to have that significant increase over the winter holidays in December but it looks like the communities that have heard our word, heard your word asking in Thanksgiving and around the Christmas holidays and other holidays to just be really thoughtful and careful about who they’re interacting with has been really important, and useful and helpful,” Kim Toevs with Multnomah County Health said.