Seahawks and Mariners tickets, Xboxes and Nintendo Switches are among the unclaimed prizes from Washington’s first vaccine lottery. 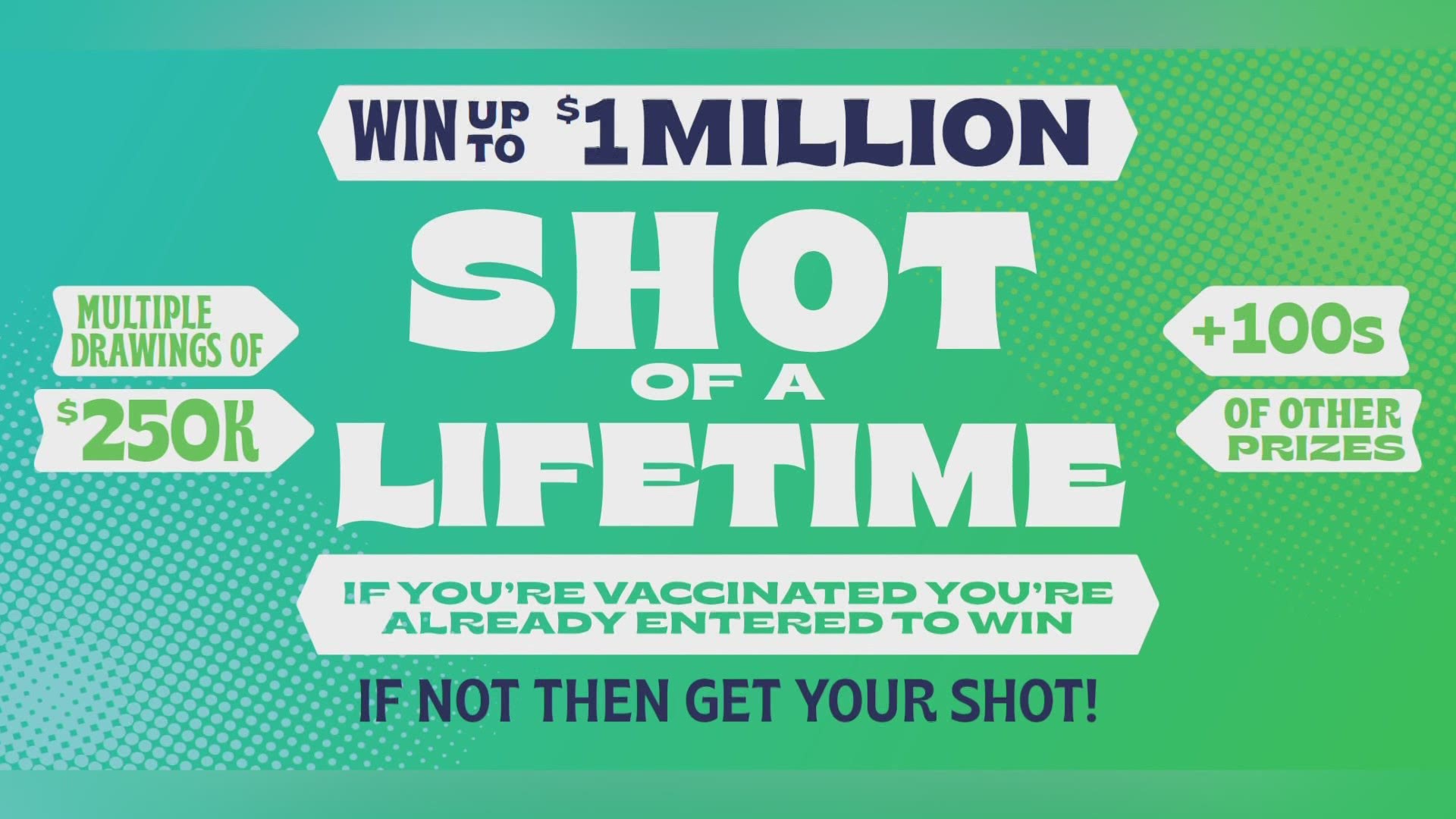 SEATTLE — Nearly half of the merchandise prizes up for grabs in the first round of Washington state’s vaccine lottery had not been claimed two days after the drawing.

Washington drew the first winners Tuesday in the “Shot of a Lifetime” lottery, which includes people with at least one dose of the COVID-19 vaccine.

Winners have 72 hours to respond after initially being contacted before being disqualified. Unclaimed prizes from the first four drawings will be placed in the fifth and final drawing.

As of Thursday afternoon, 129 of 248 merchandise prizes have been claimed in addition to the $250,000 cash prize, which was claimed by Lance R.

The state will continue trying to contact winners with unclaimed prizes.

Officials who are calling winners have been issued special phones. Most have a 253 area code and will show a Fife, Wash. location on caller ID, according to a lottery spokesperson. One number is a 564 area code. If you receive a call from an unknown number that matches that description, people should answer the phone and check their voicemails.

Officials may also try text messaging winners when they get closer to the 72-hour deadline, which will be the last attempt to get ahold of people.

“This is an evolution of our initial outreach plan, but we believe we need to do what we can to engage and notify these presumptive winners,” spokesperson Dan Miller said in an email.

Kimberly Webster of Tumwater won one of the 42 Xboxes offered in the drawing.

"My first thought was definitely skepticism, but then excitement," Webster said in an email to KING 5 News. She said the lottery staff was reassuring, providing credentials and did not ask for any personal information.

Joshua Johnston, Deputy Director of Washington's Lottery, said only winners of prizes worth more than $600 have to provide personal information to the state and only on forms provided by the lottery.

Webster got her second vaccine last week, but not because of the lottery incentive.

"I wanted to do my part to keep my friends and family safe and to protect the community. The vaccine is free people, let's reach that herd immunity!" said Webster.

Other unclaimed prizes from the first drawing include Seahawks club level tickets, a Mariners suite for the Aug. 28 game against Kansas City and additional gift cards, Discover Passes and devices.

The next drawing will be June 15. To be included in that drawing, people must be in the Washington State Immunization Information System by 11:59 p.m. the Sunday before.