So how do you build trust around the vaccine and what’s the strategy? 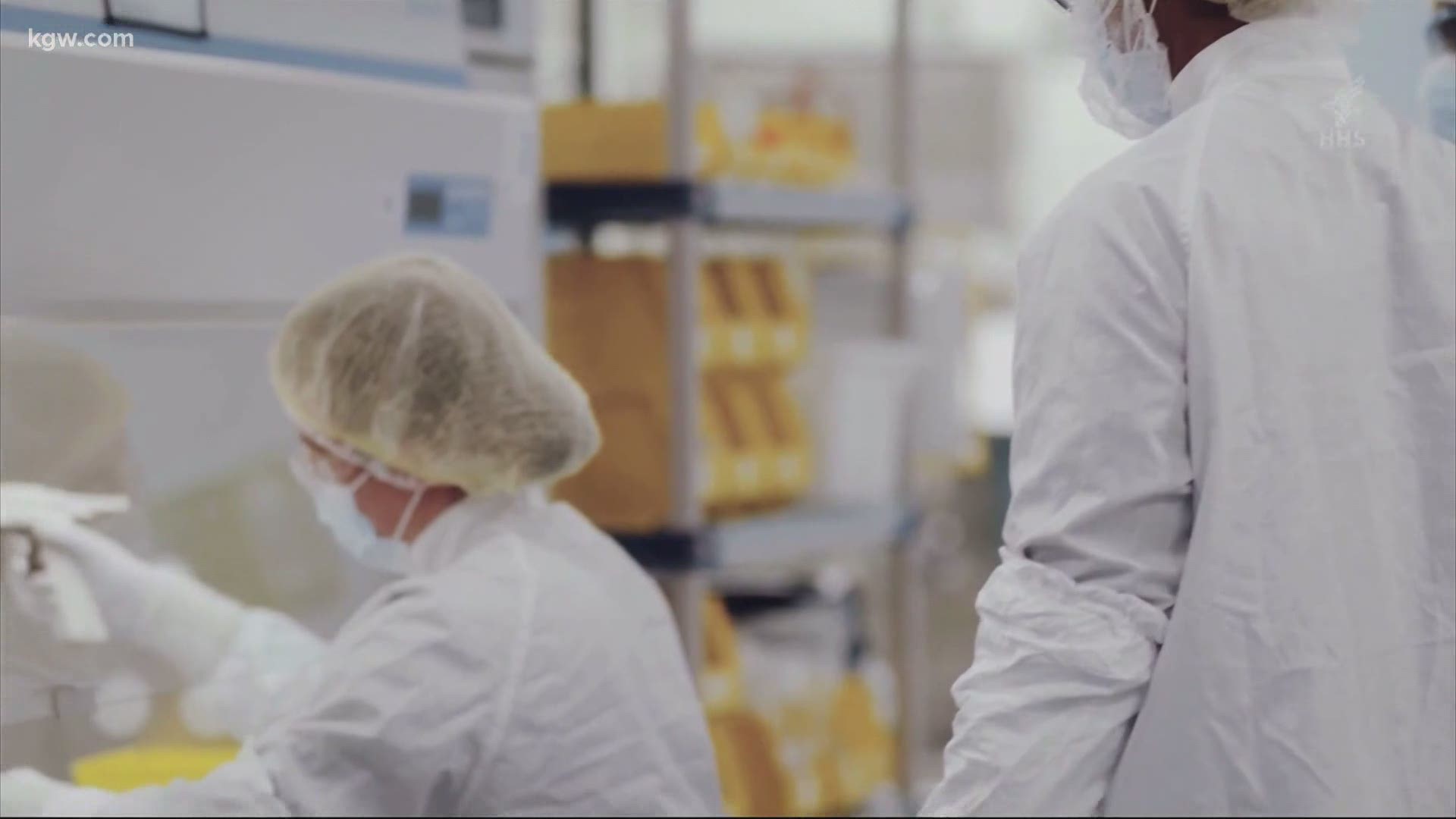 PORTLAND, Ore. — Now more than ever it’s important to know the facts about the COVID-19 vaccines, especially when there is so much misinformation being spread on social media and by word of mouth.

As more people begin getting the vaccines in coming months, state leaders will be taking on a big campaign to alleviate fears and doubts surrounding the rollout. And there are a lot of facets they'll have to consider.

It’s not difficult to find people on social media or elsewhere who aren’t comfortable getting the new COVID-19 vaccine.

Health and state leaders say in order to achieve mass immunity, a lot of people are going to have get it. To be specific, spokesperson Jonathan Modie of the Oregon Health Authority (OHA) said roughly 70% of the population would have to get the vaccine in order for herd immunity to kick in.

On Friday, in a news conference, Oregon Gov. Kate Brown said she understood the gravity of the undertaking.

“We’re planning to do everything we can as we gear up for the vaccine campaign of our lifetimes,” said Brown.

Modie said the state is in the process of spearheading a campaign to build confidence among Oregonians about the safety and efficacy of both the Pfizer and Moderna vaccines, which Modie said boast 95% effectiveness.

So how do you build trust around the vaccine and what’s the strategy?

To get some insight, KGW caught up with Portland State University Associate Professor Lauren Frank.

“I specialize in public health communication," she said. "So, what that means is I do a lot of health campaigns, both thinking about how to design them and how to evaluate whether or not they’re effective.”

Frank said vaccine campaigns are some of the most difficult. She said sometimes myth-busting can actually backfire because it comes down to association.

RELATED: Despite promise, few in US adopting COVID-19 exposure apps

“As soon as I start talking about vaccines with things that people are worried about, what I’m doing is pairing those concepts more strongly in people’s minds,” said Frank.

Instead, she said those working on the marketing campaign should focus on the positives and social benefits.

“Focusing on things around how safe they are, the process for developing vaccines, what we know about efficacy,” Frank said.

But the COVID-19 vaccine, she said, may be particularly challenging because it’s become politicized. Frank said what’s needed now are credible people like scientists and doctors leading the charge on the campaign, not politicians.

“I think we also need to be thoughtful about who the different people we want to talk to are,” said Frank. “We know that there are differences for vulnerable racial and ethnic minorities in how much they are currently trusting the vaccine process.”

It appears state leaders are already thinking about that.

“We will be launching an intensive and cultural responsive outreach effort to build trust and confidence in the vaccines, especially among communities of color and other vaccine-hesitant communities,” said Brown in her Friday press conference.

However the campaign rolls out, she said the message can’t be one size fits all. Each community must be able to feel comfortable and get their questions answered.

Frank said there should also be extensive research into how people are getting their information, and which social media platforms they may be using most to get that information.

In addition to the challenges state leaders face in turning the tide of the pandemic, Frank said the naming of the vaccine development process was unfortunate: Operation Warp Speed. She said that has negative connotations that are now associated with the vaccine rollout.

But she said while development was remarkably quick, it’s important to remember the vaccines still went through all the standard phases of clinical trials and testing.

Meantime, Modie at the OHA said there will be a big push on broadcast, digital, print, and social media to try to communicate to people the importance of vaccines.

He said the goal is to also be transparent about the mild to moderate side effects associated with the vaccine, which include headache, arm soreness, and potential flu-like symptoms that last for about a day. He said some people will get the vaccine earlier than others and it’s possible most people will be getting the vaccine in the spring. So it’s crucial people continue with safety measures like wearing masks and keeping socially distant.