Rush to vaccinate against COVID-19 brings more opportunities and incentives

Drop-in shots and prize drawings hope to inspire more people to get vaccinated. 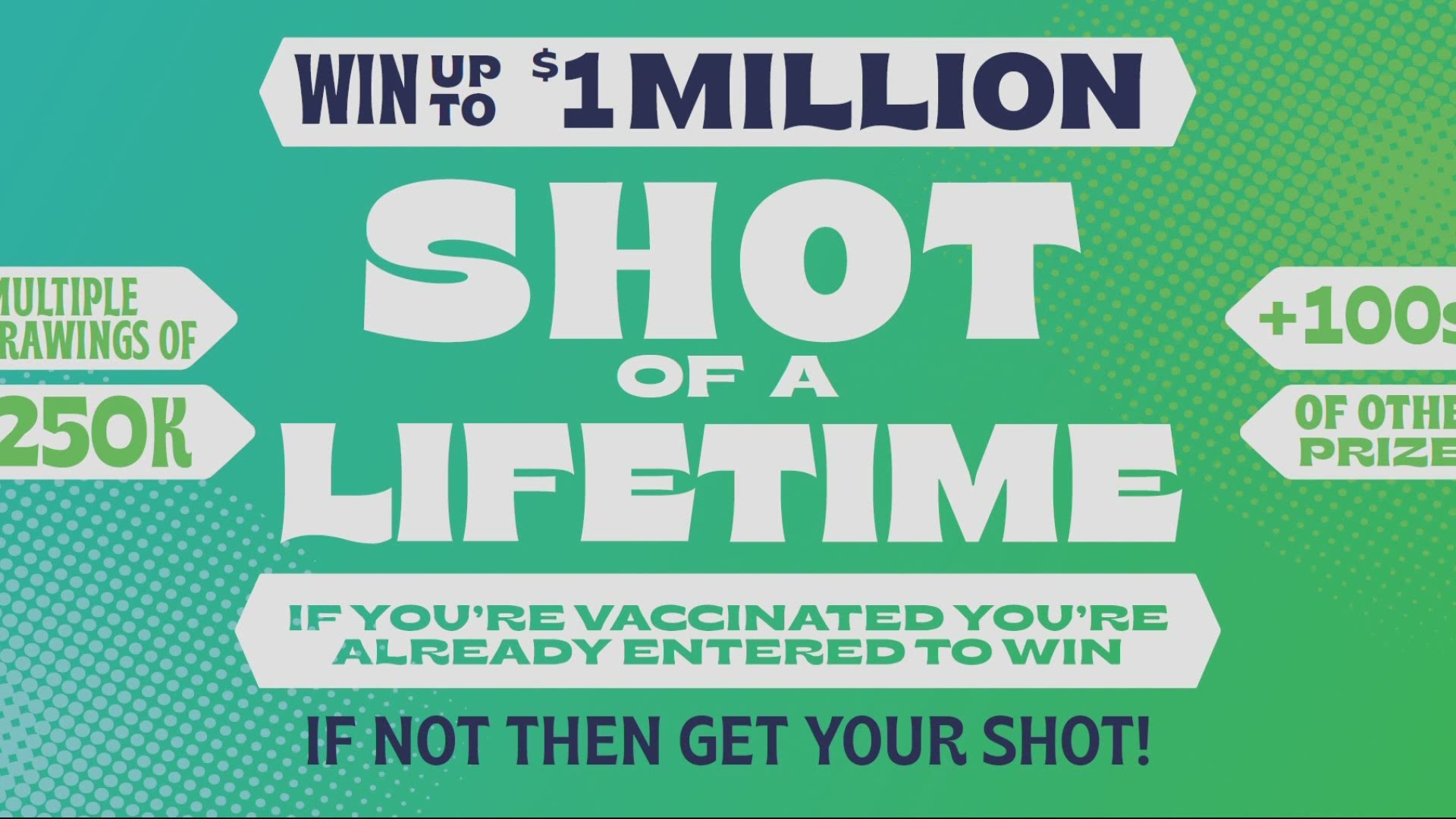 PORTLAND, Ore —
With a push on to hit a goal of vaccinating 70% of adults against COVID-19 by July 4 at the latest, Oregon and Washington are using a variety of incentives, and they are not alone.

At the main fire station in downtown Lake Oswego a drop-in vaccination clinic was underway Tuesday from noon until 6 p.m.

No need to register, no need to live anywhere near the city. It is open to anyone who wants the Johnson & Johnson shot.

Inside, firefighter Leah Gordon worked on her laptop as she waited to give the shot. It was very quiet.

Gordon said five people had dropped in for a shot during the first hour. But no one was there at 1 p.m.

Assistant Fire Chief David Morris said the clinic was a last-minute idea pushed on social media with the hope of serving those who make spontaneous decisions.

“For some people scheduling doesn’t work for them,” he said. “They have a lifestyle or businesses or personal lifestyle that does not allow them to schedule something. So, this gives them the opportunity - yeah, I’m available and I’m coming in today,” Morris added.

His team will be at Lakeridge Middle school every Wednesday through June from noon until 7 p.m. with more doses for anyone who shows up.

Washington state launched its vaccine lottery to give people an extra reason to get the shot and picked its first $250,000 winner Tuesday. It will announce the winner several days later.

Kaiser Permanente is also joining the incentive game in all its territories across the country.

“I'm excited we're part of this last sprint to get to 70 percent,” Watson said.

Kaiser’s deadline is July 9. You must get your shot by then to be eligible. Winners could get a variety of prizes from family trips to wellness retreats, gym memberships and more. The names will come from its pool of members who got vaccinated or nonmembers who get the shot at a Kaiser sites in several states, including everyone at the Oregon Convention Center.

Yes, you read that correctly. Everyone who got vaccinated at the Oregon Convention Center will be entered into Kaiser’s sweepstakes drawings.

“We have vaccinated just shy of 300,000 people in Oregon Convention Center. All of those people will be automatically entered into this immunity sweepstakes,” said Watson. They will join tens of thousands from other Kaiser areas who also got vaccinated against COVID.

Oregon is also offering a million-dollar statewide jackpot prize for one person who gets the vaccine and each county is offering a $10,000 prize.

The drawing is June 28 but so far the incentive has not brought a surge of new vaccinations.

All the incentives we're talking about are aimed at new people but they also include everyone who got the shot from last December on.