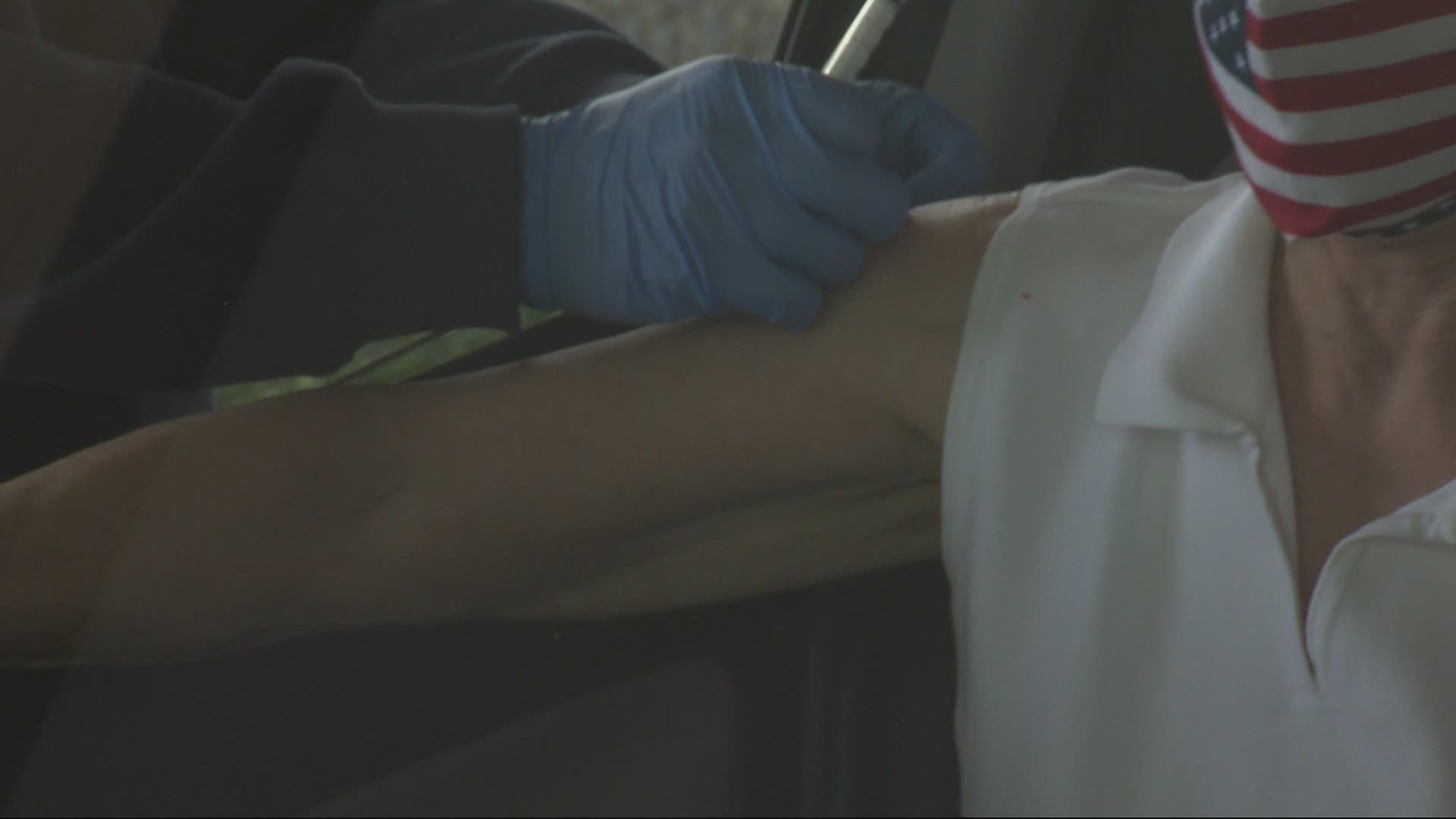 Currently, Oregonians who are eligible for the vaccine include seniors, educators and adults in custody. Dave Baden, the chief financial officer for the Oregon Health Authority, told the Oregonian that he expects all Oregonians 65 and older who want the vaccine will have received their first doses by late March. During Friday's briefing, Brown and Oregon Health Authority Director Patrick Allen said they expect at least 75% of all seniors will be vaccinated by March 29.

RELATED: What you need to know about COVID-19 vaccines in Oregon Friday

On March 29, the following groups will become eligible:

No later than May 1, the following groups will become eligible:

No later than June 1, Phase 2 will begin with all adults 45 to 64. And no later than July 1, all Oregonians 16 and older will be eligible to receive the vaccine.

"Come summer, provided supplies from the federal government come as planned, any Oregonian who wants the vaccine will be eligible to receive it," Brown said during Friday's briefing.

The Oregonian reported that they'll refer to CDC guidelines to determine what "underlying health conditions" qualify, but the state will have one exception. The CDC recommends smokers be included, but Oregon will exclude them from early vaccinations.

"We made a decision to include smoking-connected illnesses as per the CDC guidelines, instead of including all smokers," Brown said. "That's the decision we made here in Oregon."

During Friday's briefing, Allen spoke about the difficulty seniors and their families have had securing appointments to receive the vaccine. Oregon's scheduling website has crashed and not functioned properly, a major source of frustration for many Oregonians.

Allen said starting next week, the state will try something new. They'll use the information people have submitted at the state's Get Vaccinated Oregon tool as an "invitation system," Allen said.

The names of eligible people in the metro area will be gleaned from the Get Vaccinated Oregon database and their information will be sent to the state's partners at the Oregon Convention Center, one of Oregon's mass vaccination sites. "They'll contact you to schedule an appointment," Allen said.

Allen said the next two weeks will likely remain frustrating because it will still be hard to get appointments. Oregon has received more than one million doses of the vaccine but there are 1.3 million eligible Oregonians. Allen said he expects the allocation of the vaccines to ramp up quickly starting in mid-March.

Allen said the state's vaccination eligibility timeline is dependent on the promised supply of the vaccine arriving in Oregon, "based on information we've received from the federal government and testimony by Pfizer, Moderna and Johnson & Johnson in Congress in recent days," Allen said.