Legacy Health received two separate shipments of 975 doses of the vaccine at sites in Portland and Tualatin on Monday, and more shipments are arriving this week. 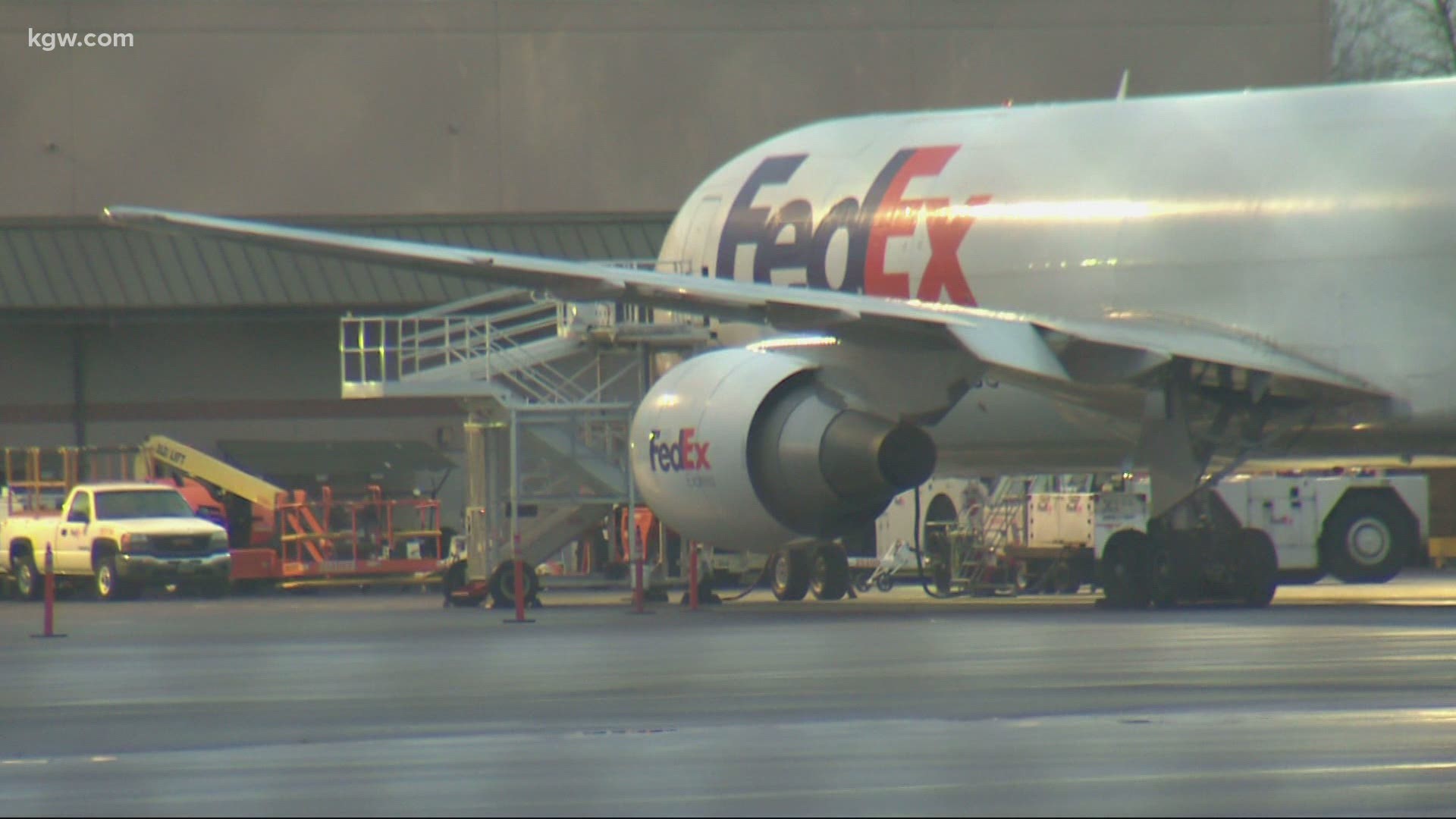 The Oregon Health Authority (OHA) on Monday confirmed that Legacy Health received two separate shipments of 975 doses of the vaccine at sites in Portland and Tualatin.

Legacy Health was the first hospital system to receive a shipment of the vaccine.

"The remaining 30,225 Pfizer vaccine doses from this week’s allocation of 35,100 dose for Oregon will arrive at hospitals throughout the rest of the week, with 10,725 doses going to skilled nursing facilities for vaccinations that start next week," the OHA said in a news release.

Health care workers and nursing home residents will be first in line for vaccination.

Most Oregon hospitals and health systems that registered as vaccine provider sites are expected to receive the vaccine over the next two weeks, the OHA said.

Shipments of frozen vials of vaccine made by Pfizer Inc. and its German partner BioNTech began arriving at hospitals around the country Monday. The vaccines were shipped from Pfizer’s Kalamazoo, Mich. factory. Once they arrive at distribution centers, each state directs where the doses go next.

Washington also received its first doses of the vaccine on Monday. The initial shipment to Washington was 62,000 doses. Vaccines could be administered as soon as Tuesday.

Oregon, Washington, California and Nevada conducted their own evaluation of the vaccine. The Western States Scientific Safety Review Workgroup confirmed that the vaccine is safe and effective.

A vaccine manufactured by Moderna Inc., which has not yet received FDA emergency use authorization, is scheduled for delivery in Oregon on Dec. 22 and Dec. 29, the OHA said.

"The vaccine is the light at the end of the tunnel, but we will be in this tunnel for several months," said OHA Director Patrick Allen. "We need to keep doing what we’ve been doing to help our friends, neighbors and ourselves stay safe."

In a statement released Monday, Gov. Kate Brown said we are still in the middle of the hardest days of the pandemic.

"Our hospitals are stretched to capacity, and too many families are losing loved ones just as we enter the holiday season," Brown said. "So many Oregonians have suffered and sacrificed in the last ten months.

"But starting this week, and each week following –– as vaccines become more widely available –– we will begin gaining ground again in our fight against this disease."

Editor's note: An earlier version of this story said Legacy Health received vaccine doses on Sunday. A spokesman later clarified that they arrived on Monday.