Gov. Kate Brown activated the Oregon National Guard on Friday and they began assisting on Tuesday with a mass vaccination clinic in Salem. 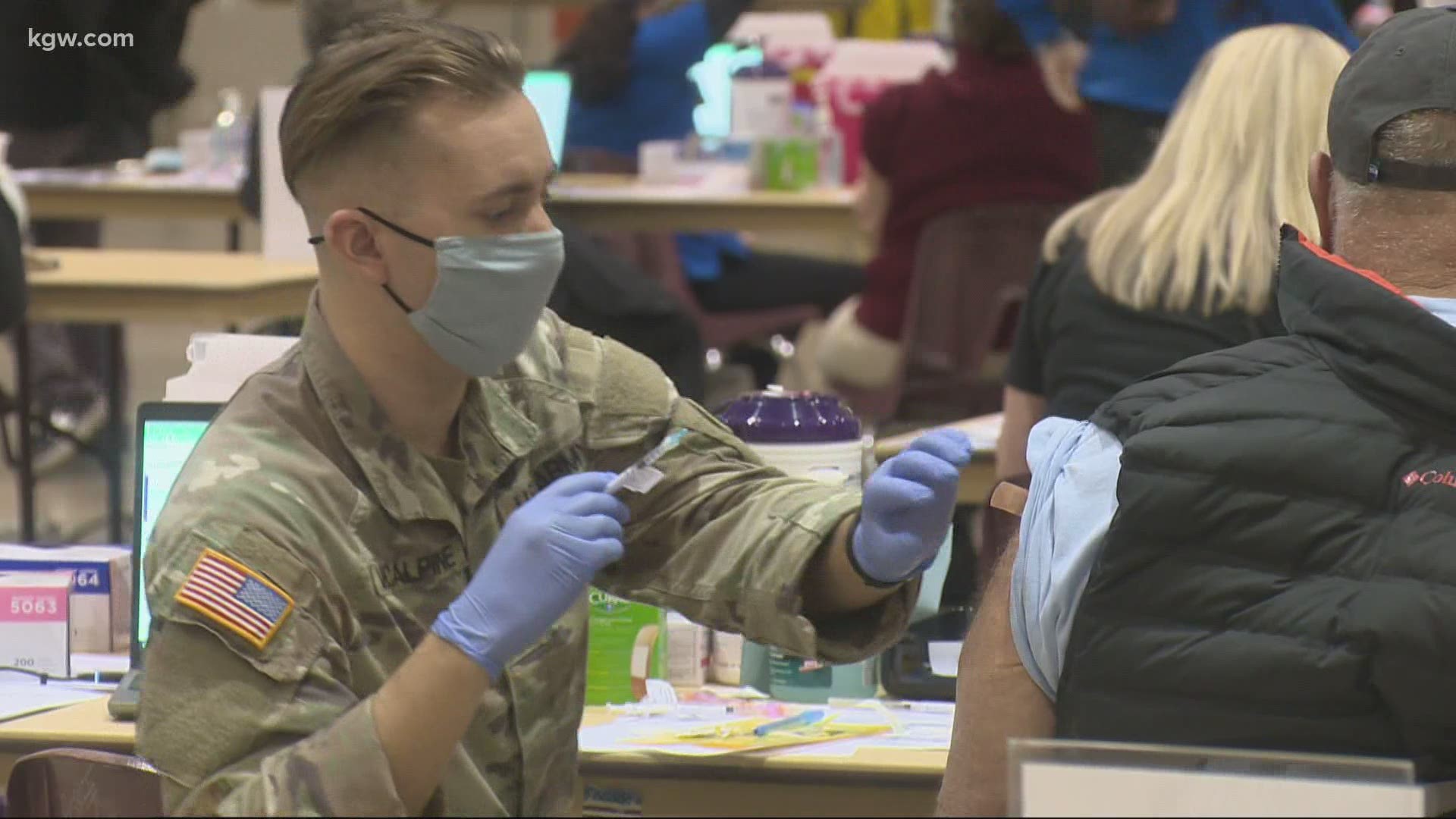 SALEM, Ore. — Forty members of the Oregon National Guard on Tuesday began helping with a mass vaccination clinic at the Oregon State Fairgrounds in Salem.

The clinic runs from noon to 6 p.m. and hundreds of people were already in line when the doors opened on Tuesday.

Members of the guard are working alongside members of Salem Health, which began running the clinic on Thursday. The event continued over the weekend, with 8,000 people getting their first shots, then was closed on Monday as teams were waiting for more supplies. This week, 14,000 people are expected to get shots at the event.

To be vaccinated at the Salem Health clinic, you must live or work in Marion County and you must fall into Phase 1a, group 1-4. (Story continues below)

See the full list of rules, forms and directions for the Salem Health clinic at the Oregon State Fairgrounds

This may well be the model adopted around Oregon for giving lots of vaccine shots quickly. Josh Free, chief pharmacy officer for Salem Health, said there is a lot of interest from other systems.

“We’ve had leaders from other health systems come down and take a look and we’ve shared information with them, so no one has to reinvent the wheel and they can go do this in whatever facilities they have as well,” Free said.

Guard members are doing everything from giving injections, to monitoring people after they received their shots, to traffic control.

Breeland Reed is a full-time member of the Air National Guard, part of its air medical response task force. He is also Black and happy to explain why he got the shot and why African-Americans who are hesitant should get it too.

“We have a history here in the United States and I understand where the concern is coming from,” Reed explained. “They should know a lot of the vaccine was developed by a Black doctor, a Black woman. And, I mean it’s healthy. It’s no different than getting your flu shot.”

In addition to those helping in Salem, the Oregon National Guard is putting together five mobile vaccination teams that will travel the state and help give out shots where they are needed.