Current supplies are safe and not connected to the East Coast manufacturing issues. But health leaders worry the issue will make some people more skeptical. 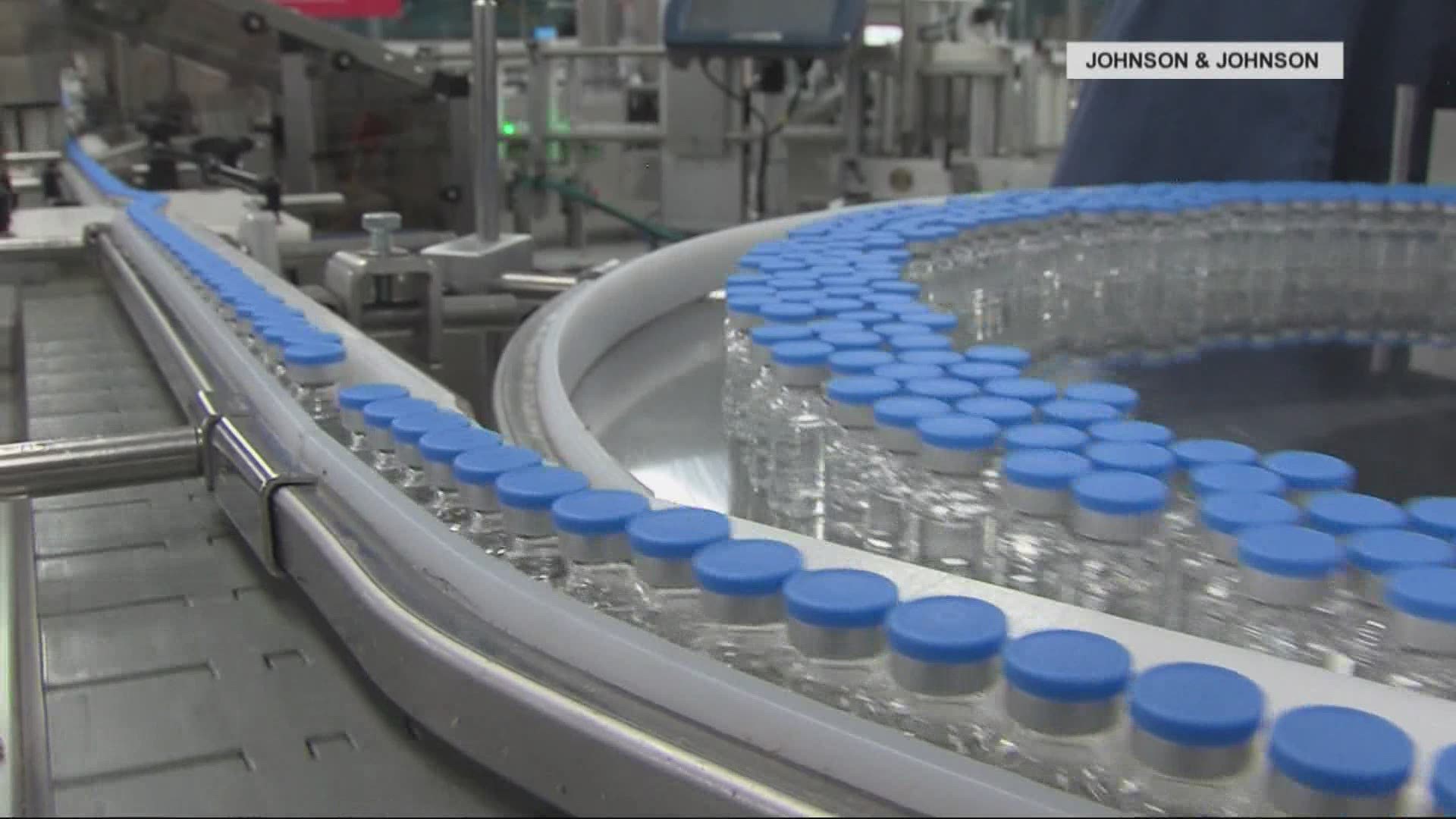 PORTLAND, Ore. — On the front lines of Oregon’s battle against the coronavirus, public health leaders worry that problems with Johnson & Johnson manufacturing on the East Coast could impact their efforts.

“Well that was certainly a bit of a disappointment as we’re counting on the J&J vaccine for many of our outlying clinics,” said Dr. Bob Dannenhoffer, Douglas County health officer and administrator.

He said his county is the size of Connecticut with people living in hard to reach areas. It saves an enormous amount of time if public health workers only need to vaccinate those people once, a huge benefit offered by the Johnson & Johnson vaccine.

Shellie Campbell is also concerned. She is the interim director of the North Central Public Health District, which covers Wasco, Sherman and Gilliam counties, and is helping prepare for an influx of as many as 7,000 migrant workers for the cherry harvest in May and June.

“Our initial response was, 'Oh, no.' Because we anticipate getting a lot of Johnson & Johnson,” she said.

Current supplies, including the 122,000 Johnson & Johnson doses arriving in Oregon next week, are safe and not connected to the East Coast manufacturing issues. But Campbell worries the issue will make some more skeptical and shy away from the vaccine.

“My concern really around that was more around people hearing that and then being much more hesitant to even take the Johnson & Johnson,” she said. Campbell plans to have an education campaign to let residents know it is safe.

Statewide, Oregon has been a bit disappointed in the overall supply of Johnson & Johnson vaccine. Oregon Health Authority leaders originally expected 160,000 doses for the last two weeks of March. Instead, just 29,000 doses arrived.

“I think that was based on our projections, based on what vaccine manufacturers had testified to Congress about doses available by the end of March,” said Dave Baden, chief financial officer for the Oregon Health Authority. He’s coordinating the vaccine rollout in Oregon.

“It will really will be a big week for Oregon with vaccine coming in next week," Baden said. "But obviously the troubling news out of the East Coast of some concerns at one of the Johnson & Johnson partners does make the outlook for Johnson & Johnson a little bit less clear.”

Have a comment or story idea for Pat Dooris? Email him at pdooris@kgw.com.