OHA estimates 300,000 vaccine doses could be handled a week, if there's a boost in supply

State leaders expect a greater supply of the COVID-19 vaccine. That's good news for getting people vaccinated quickly, but there could be logistical challenges. 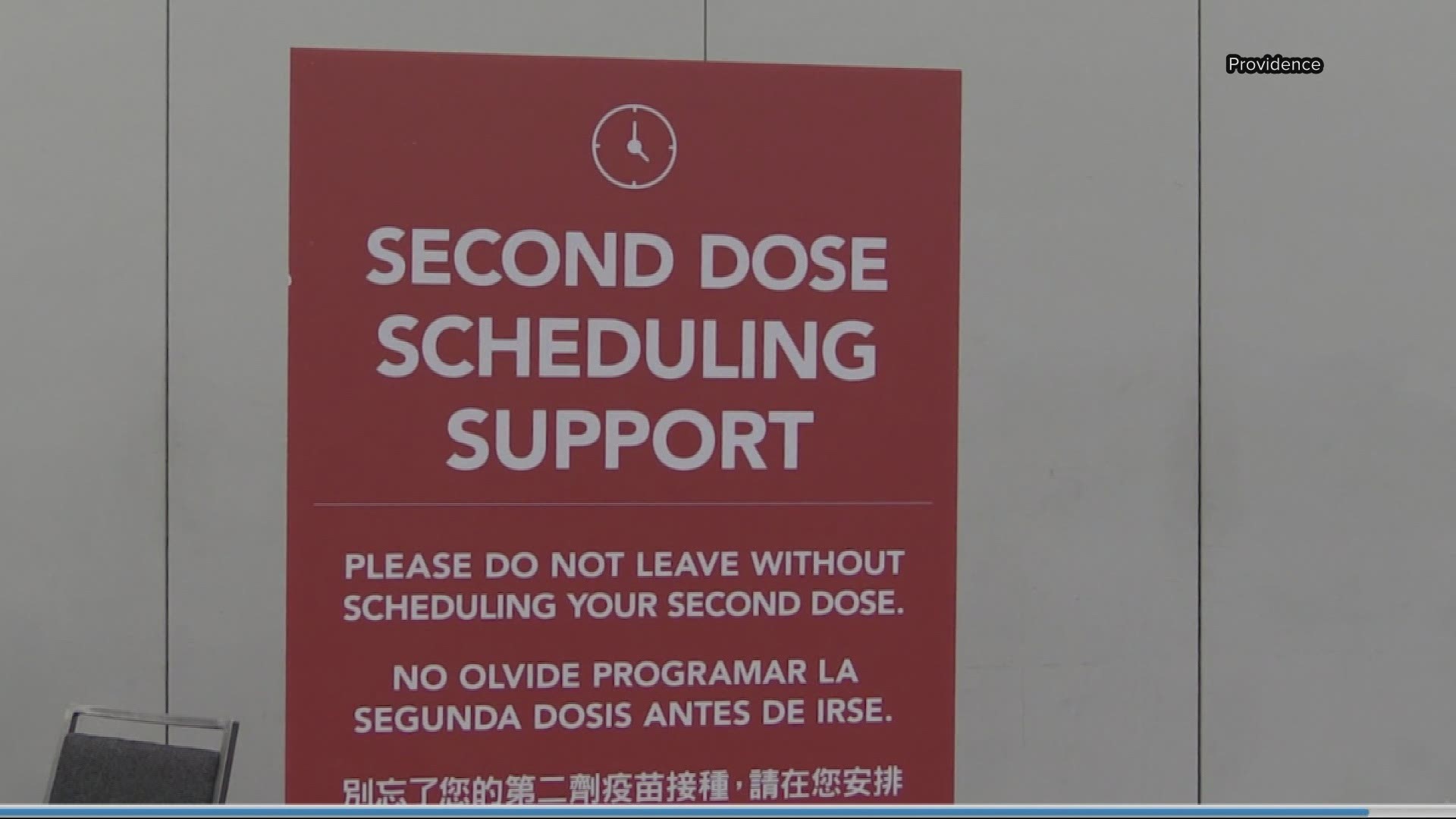 PORTLAND, Ore. — President Joe Biden is pushing hard to get hundreds of millions of doses of the COVID-19 vaccine out across the country to fight the virus. In Oregon, state leaders think the president's push will bring a total of 200,000 first doses a week to the state by the end of March -- a 60% increase from the current supply.

But it’s one thing to get more shots. It's quite another to figure out how to best use them.

“To actually accomplish the mission of getting that vaccine in people’s arms still requires an enormous human resource effort and we’re not quite there in terms of the stability to further scale up,” said Trent Green, chief operating officer at Legacy Health. Green is closely involved in the mass vaccination site at the Oregon Convention Center.

Aaron Monnig is operations manager for the Multnomah County Health Department. He also deals with the logistics of coordinating shots.

“Giving the vaccine takes seconds. It’s the fastest part of the process," he said. "They draw it up, they hand that needle over to the provider, they stick it in your arm – put the band aid on. But you have to do the screening form before -- that takes several minutes, and you have to be monitored afterwards for 15 to 30 minutes. And you have to have a space big enough to accommodate people sitting for that 15-minute time frame,” he said.

So how much vaccine could Oregon handle? A survey by the Oregon Health Authority recently estimated all the vaccination sites currently running and some that would be added could handle as many as 300,000 doses a week.

RELATED: OHA: Oregon's vaccine timeline could speed up thanks to national supply boost

But what if even more than that poured into the state? What if Oregon could get as much as the system could handle? What would be the pinch points?

Each part of the state would have unique issues-- but many of the big ones can be found by taking a look at the mass vaccination effort at the Oregon Convention Center in Portland.

Let’s start with the beginning. Supply? Delivery? Storage? Not a problem. The supply would come from the vaccine companies delivered to the folks organizing the convention center events. Storage is not a problem for three reasons: the vials are small, each shot has a relatively small amount of liquid and the bottles don't take up much space. Only one of the three vaccines require super cold storage and they have that at the convention center.

The process of booking appointments has been rough in the Portland area. The websites proved to be an awful experience for many. But Legacy says its new system is working well and would not have a problem scheduling thousands a day.

What about parking? It could be a problem at the convention center garage, which can hold up to 1,000 cars. But other areas may not face that issue.

And then there is staffing. That might be the biggest problem. Right now there are roughly 300 people a day working one job or another at the convention center to help with vaccinations. The work is rewarding but over time can be a grind, which is why the convention center used to run seven days a week and 12 hours a day but now runs only five days a week and seven hours a day.

“The reason we did that is because sustainability was so incredibly difficult for us," said Trent Green from Legacy. "It was so hard to find enough staff that we could staff it 12 hours a day, seven days a week."

Going back to 12-hour days and seven days a week would require a significant increase in the number of people needed.

In their original space, the vaccination team could give shots to about 500 people an hour. Now, in a larger exhibition hall and with more people helping, the number is 750 per hour. On average, Green said the time people spend getting a shot, from the moment they park until the moment they are leaving for home, is 49 minutes.

Green believes with more vaccine doses the team could vaccinate more than 1,000 people an hour on its current schedule of five days a week.

Aaron Monnig from Multnomah County agrees that finding enough people to help would be a pinch point not only at the convention center but at any vaccination site.

“There’s a limited pool of nurses and physicians and PAs and dentists and paramedics and EMTs," he said. "There are a whole lot of licensed medical providers that can administer vaccine and we’re all pulling on those same people to run our sites."

Which might make you think there is a need for volunteers. In some areas there may be. But, for now, there are more than enough in the Portland area. A Legacy spokesman said he’d heard back from two sites that didn't want to be publicly identified because they have such a huge backlog of volunteers to process. One was looking for 450 people and got 2,200 applications. The other had similar numbers, according to the spokesman.