Oregon Convention Center sets its sights on 7,500 vaccinations a day

Numbers will start small, due to a limited number of vaccine doses across the state, but the effort at the Convention Center is hopeful it will grow soon. 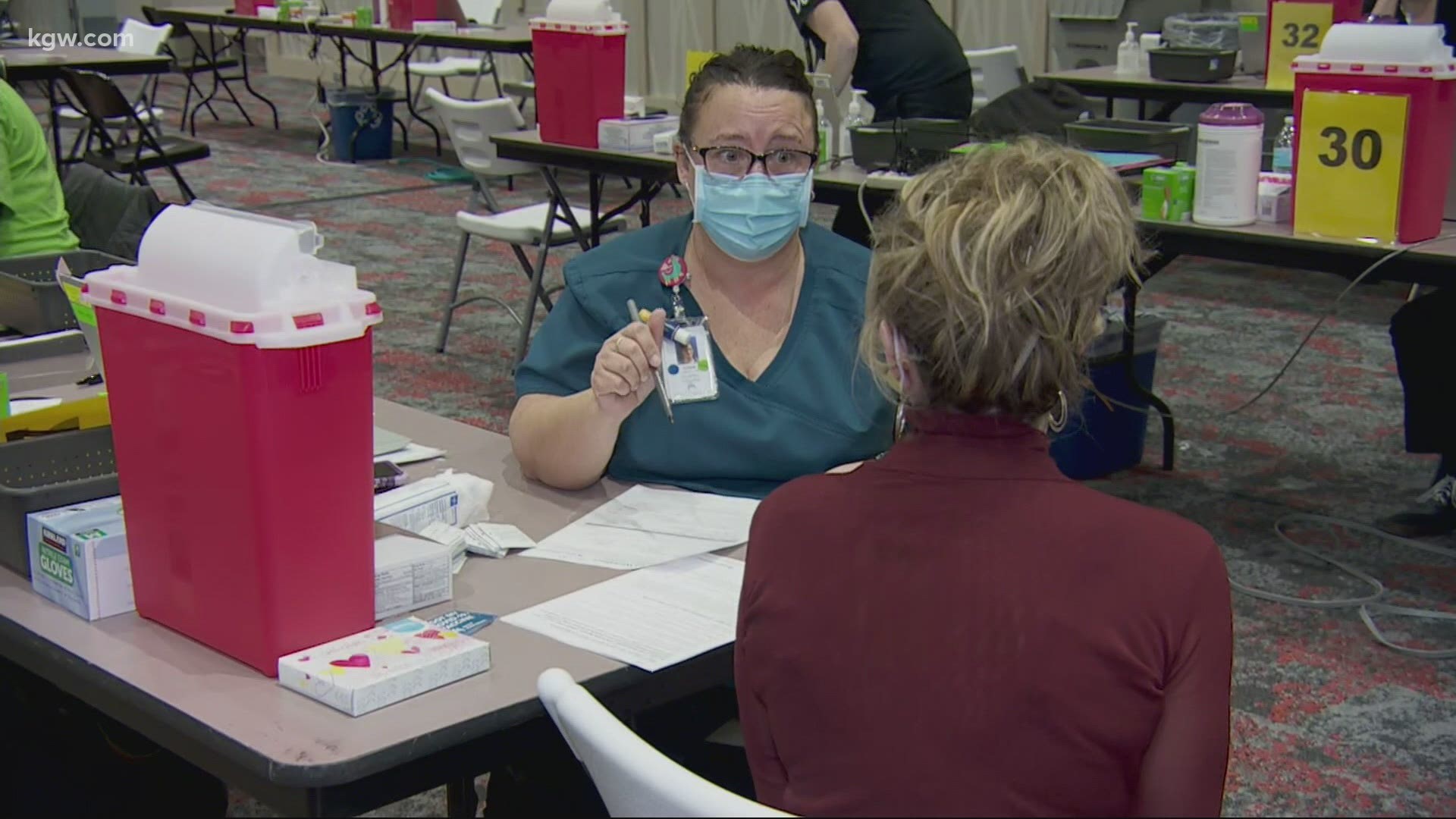 It will probably stay that way for months. Shots are given by appointment only and the current focus is on group 1A, which includes health care workers and those working or living in long-term senior centers.

Inside the massive center-- the 1,500 who gathered throughout the day seemed like a tiny group.

But this was an important beginning and those who were invited to get shots say it ran very smoothly.

“It was easy, it was flawless. This is such an organized operation,” said Karin Hixson soon after getting a shot.

“It was a very easy process. There was parking available. I got right in line, filled out my paperwork and it was all very simple,” agreed Angela Failing after her shot.

Kaiser Permanente launched the effort Wednesday and will be joined by OHSU, Providence and Legacy Health on Monday, January 25.

It has taken a lot of hard work to iron out all the details of giving lots of shots there. Dr. Imelda Dacones, CEO of Northwest Permanente, the doctor group that takes care of Kaiser patients, said it will have a huge impact.

Each said they were impressed at how well the group of competitors is working together for the common good.

Trent Green, the chief operating officer for Legacy Health said the county and others are giving them names of people who have not received the shot.

The hospital leaders also said that by using volunteers and pooling their employees they are able to staff the vaccination effort without too much trouble to their existing operations.

At one point, the health systems said they expect to vaccinate 7,500 people a day when they are all involved, beginning Monday. But now they say the number will be closer to 2,000 people a day.

The big hold up? Not enough vaccine.

The director of the Oregon Health Authority, Patrick Allen, said the state is getting about 100,000 doses a week but it needs to be used throughout the state.

That may seem like a big number but the Convention Center effort would need roughly half that supply to vaccinate 7,500 people a day.

Currently, vaccination efforts are using lists of people to know who qualifies and the information on where to get a shot and how to register is being pushed out to them.

When 80-year-olds are eligible beginning Feb. 8, the companies plan to have a single website where anyone who qualifies can sign up and make an appointment.

It does not exist yet. But the health care leaders say it will when it's needed.