Oregon COVID-19 vaccine update: More than 300,000 people have received at least one dose

The Oregon Health Authority says as of Jan. 29, 314,000 Oregonians have received at least the first dose of the coronavirus vaccine. 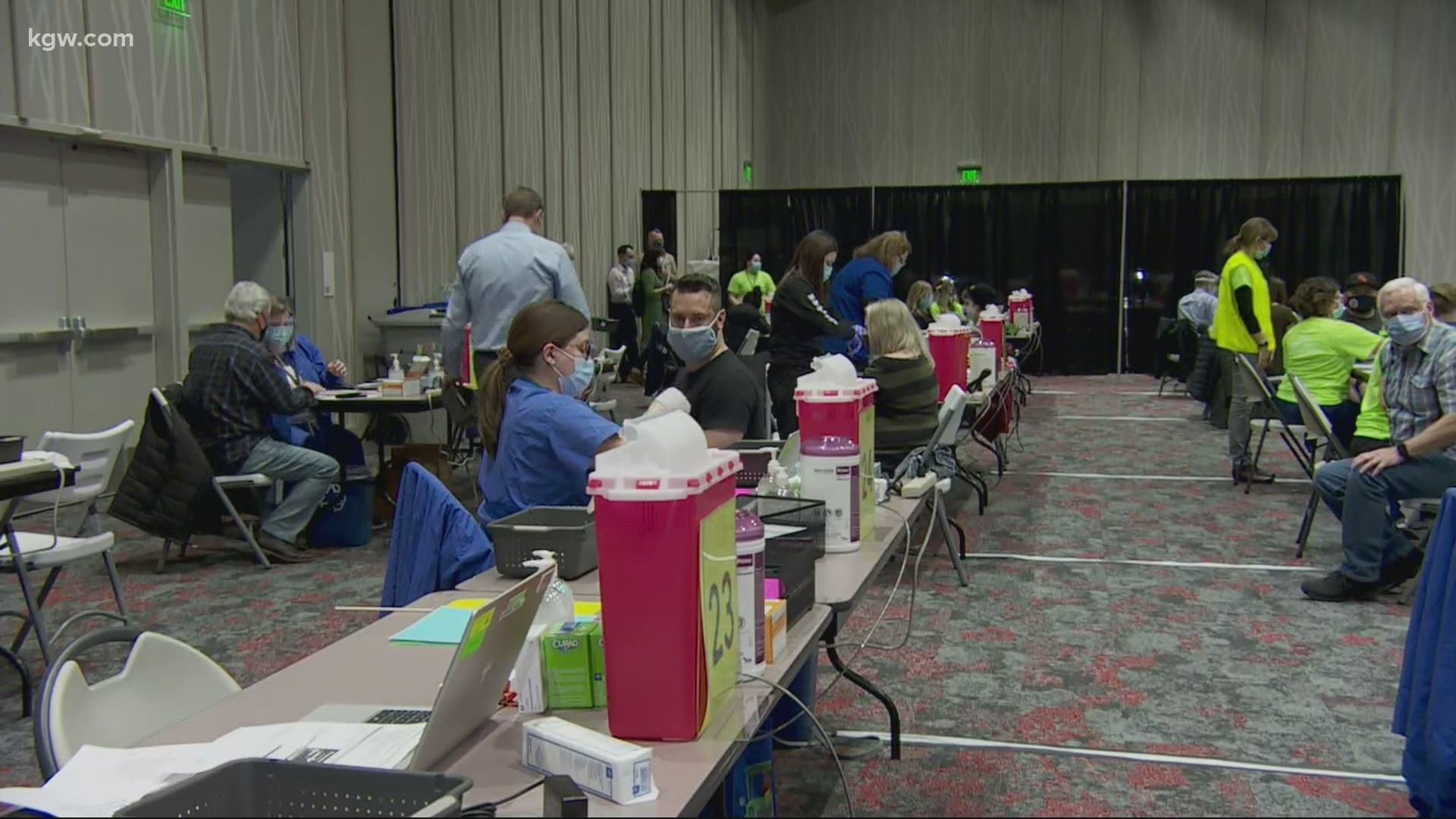 PORTLAND, Ore. — Oregon is most of the way through giving the first dose of the COVID-19 vaccine to the 300,000-400,000 people eligible in Phase 1a, Oregon Health Authority (OHA) Director Patrick Allen said in a press conference Friday morning. But he acknowledged that vaccination percentages still vary dramatically county by county.

Allen said Oregon is on track to "vaccinate a critical mass of Phase 1A".

"At a statewide level, we’re past a 70% threshold for Phase 1a, though we know there’s variation," he said. "Counties that received higher allocations or that believe they’ve vaccinated their eligible populations will get less vaccine next week, while others will get additional vaccine to accelerate their progress through Phase 1A."

OHA's vaccine dashboard shows as of Friday, almost 315,000 Oregonians have received at least the first dose of the coronavirus vaccine.

Allen said in general when about 70% of people in an eligible group have been vaccinated, the state can move on to the next group. And he said educators, school staff and child care workers were on track to meet that number by the time Oregon opens up vaccinations to seniors.

"Starting February 8, more than 800,000 older adults will become eligible over a 4-week period," Allen said. "Without any new doses, we expect to reach a critical mass of seniors by late April or early May."

Statewide, about 6.8% of the population has received at least the first dose of a coronavirus vaccine, Allen said. When compared to other states in the national vaccine rollout, Oregon ranks 15th.

Only 56% of the available doses in the state have been administered, which puts Oregon at number 23 nationally.

RELATED: As more people become eligible to get the COVID-19 vaccine in Oregon, supply remains an issue

He said at current levels, it will take more than 14 weeks to vaccinate the roughly 1.2 million Oregonians eligible or will become eligible for immunization.

But he added that starting next week Oregon will begin receiving 35,000 doses of the Moderna vaccine per week, up from 25,000 per week. OHA expects next week to allocate 38,400 first doses and 21,200 second doses, prioritizing 15 counties that have asked for additional doses.

On Thursday, Oregon's Vaccine Advisory Committee announced its recommendations for who should become eligible for vaccination after seniors:

The above groups total more than 1 million Oregonians, but overlap within the groups should mean fewer people needing vaccinations.

"People who live in multi-generational households would be next in line behind these groups, followed by the general population," Allen said Friday. "As a next step, OHA will review the operational and legal dimensions of the Committee’s recommendations before we refer them to Gov. Brown."