More vaccine is on the way, while appointment sign-up systems still lead to frustrations

Both Oregon and Washington will have more doses to deliver this week and federal allotments are rising. But signing up for a vaccine continues to be the hard part. 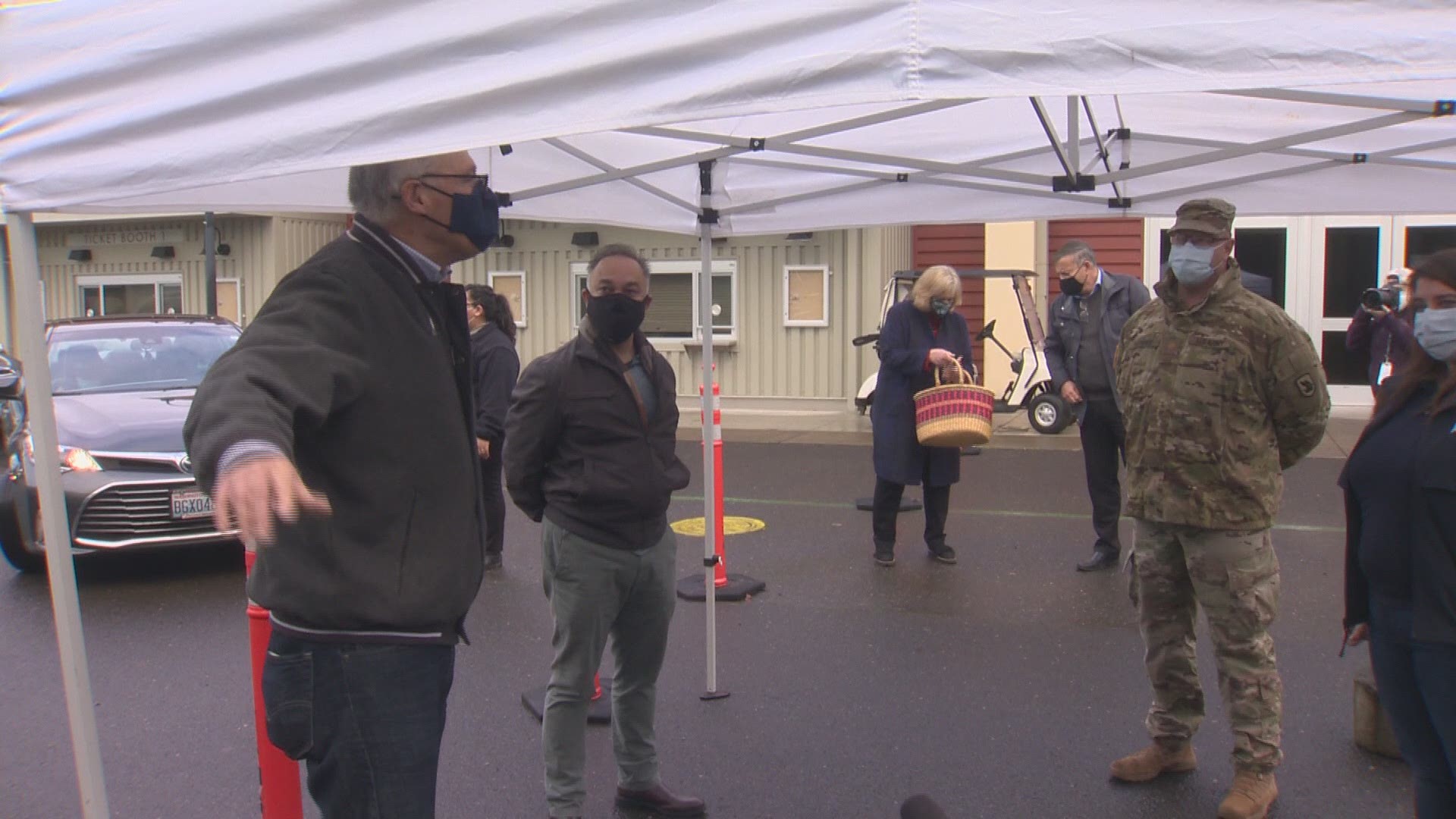 The fairgrounds allotment next week is 4,000 doses. Appointments for those shots opened up online at noon Sunday. Just a half-hour later, all 4,000 doses appeared spoken for, the available appointments were booked.

Barbara Riggs and her husband both got on computers to sign up right at noon from their home in Battle Ground.

“Neither of us was successful,” said Barbara Riggs.

They were able to open the calendar and pick appointment times.  Then the system stalled at the confirmation process for a very long time.

“That’s when I was put on kind of like a hold and I think it was maybe a loop; I actually sat on hold for two hours and 45 minutes before I gave up -- it's just very frustrating to not be able to go ahead and get it to work and to get that magic appointment,” said Barbara.

At the Oregon Convention Center, mass vaccinations of educators will continue, administered by four major health care providers. This week the state is delivering 15,000 doses for educators. Oregon is also sending the Portland metro area 17,000 more doses for health care workers and others in the phase 1A category.

So where does this put Oregon and Washington in the national vaccination rankings?

Let's compare to West Virginia, which the Centers for Disease Control shows is right up at the top, with about 10.75% of residents getting at least one dose so far, on a per 100,000 resident basis.

Oregon comes in 14th in that category, with 7.86% getting at least one shot.

“Every single day is better than the day before but there is a lot of work to do,” said Dr. Umair Shah, Washington’s secretary of health, at last week’s visit to the Clark County mass vaccination site.

Most would agree, there is a lot of work to do, and room for improvement. Especially with vaccine supply information and sign up processes, to make it easier to get to the point of vaccination.

State officials have said they expect as the federal government increases vaccine shipments and the advance notice on those shipments, things will get easier to manage.