Nearly 8% of Americans who received the first dose of the Pfizer or Moderna vaccine did not get their second shot. We learned why that second dose is so important. 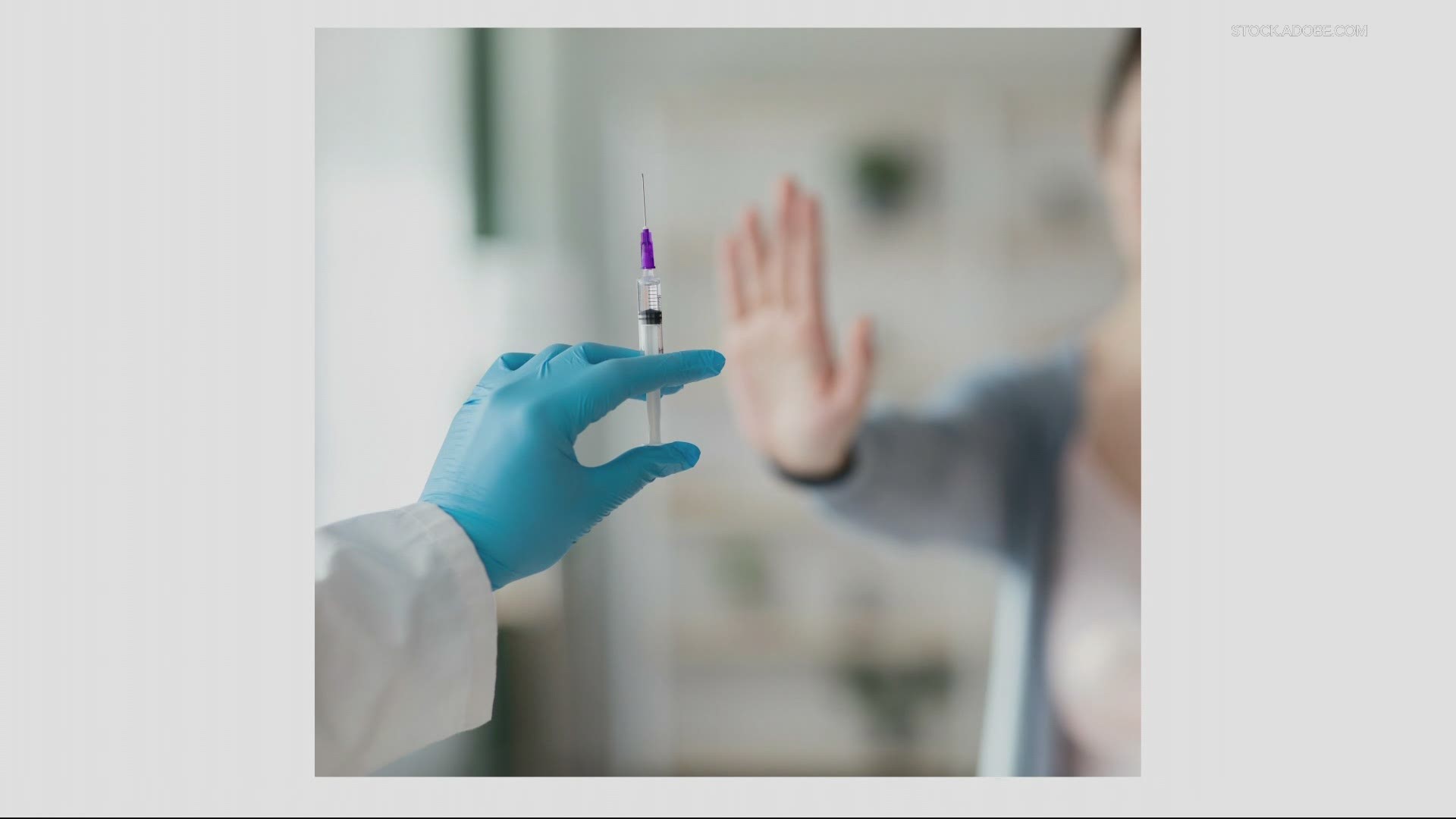 PORTLAND, Ore. — Nearly 8 percent of people who received the first shot of the Pfizer or Moderna coronavirus vaccine have missed their second dose, according to the Centers for Disease Control and Prevention.

Nationally, that means more than 5 million people did not receive their second COVID shot.

In Oregon, we're doing better than the national average. According to the latest numbers, less than 5 percent of people who received their first Pfizer or Moderna shot did not get the second dose within 8 weeks.

In Washington, health officials say approximately 13 percent of people are more than one week overdue for their second shot.

In Clark and Cowlitz counties that number is higher, with Clark County showing 16 percent of people more than a week overdue and Cowlitz County at 18 percent overdue by more than one week.

In a press conference on Wednesday morning, Washington health officials said they analyze overdue shots differently than the CDC data that showed Americans have skipped second dose appointments at a rate of 8 percent. The Department of Health said if it were to use the same calculation as the CDC, the missed second dose rate in Washington would be closer to 4.5 percent.

WATCH: What are the COVID vaccine side effects?

There could be several reasons why people are skipping the second shot that include: concerns about the second dose side effects or thinking the first shot offers sufficient protection.

We spoke with Dr. Dawn Nolt, a pediatric infectious disease specialist at OHSU, to better understand why it's so important to complete the full vaccine series.

Dr. Nolt says one dose of the Pfizer or Moderna vaccine may seem effective in the short-term but receiving the second dose is crucial for long-term immunity.

"You may have a high level of protection after the first dose but that protection drops off very sharply in a few weeks. The second dose allows that protection to be revitalized and to last a lot longer," she said.

"Having some side effects after the vaccine really is a normal reaction and shows that your body is building up protection. The immune system also causes inflammation. And that's why at the site of your shot, you may get a little soreness and that's the immune system causing inflammation, which is a good thing."

And what if you feel no side effects at all? Is the vaccine still working?

Dr. Nolt says yes: "There are a lot of reasons why people may or may not have this or that side effect, but in the end, the protection will be very good."