The drive-thru sites at PDX and Hillsboro Stadium will close on June 25, while the Oregon Convention Center will close June 19. 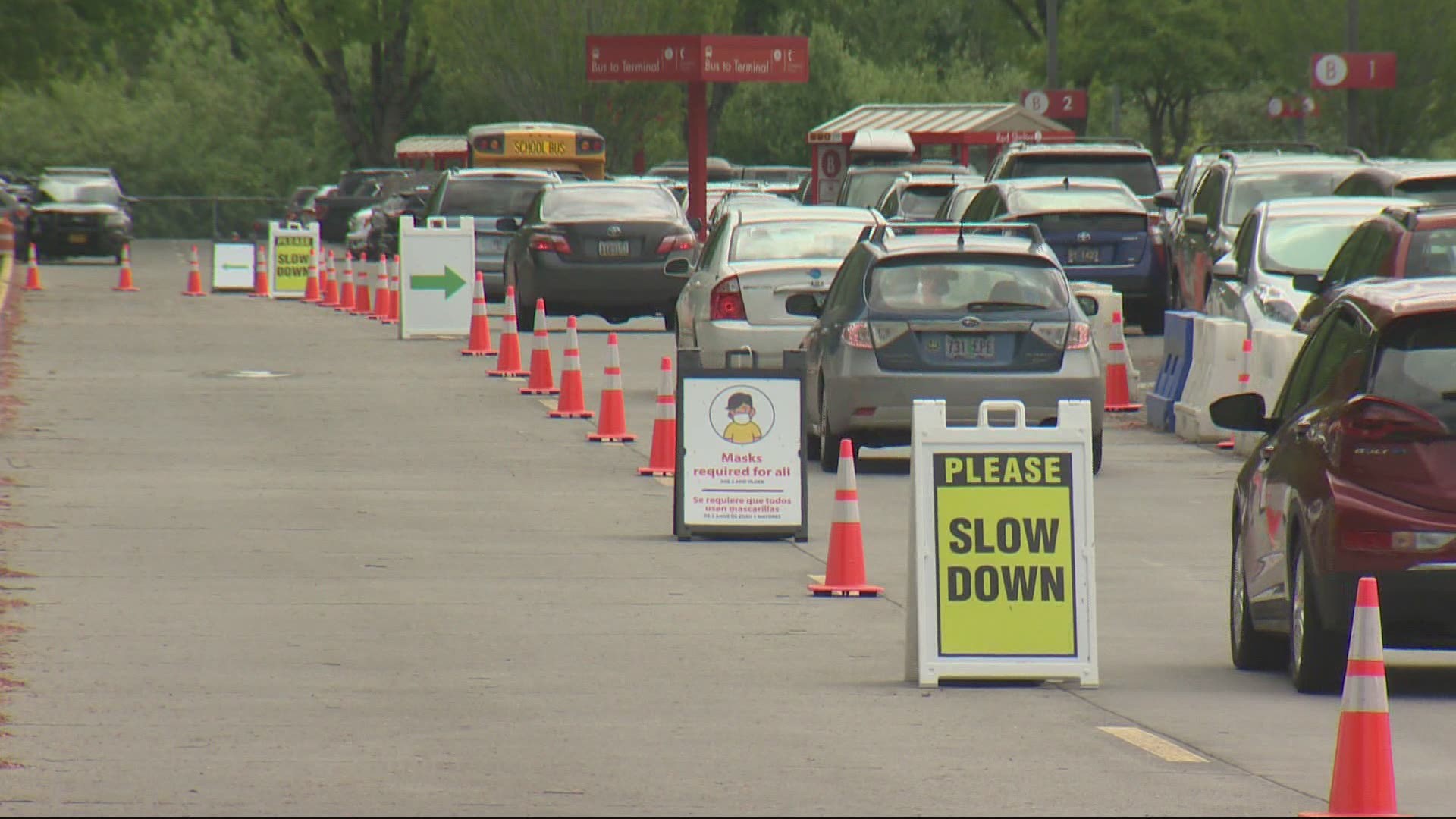 OHSU will close its drive-through vaccination sites at the Portland airport and Hillsboro Stadium on June 25. The last day they'll offer appointments for first doses will be June 4.

The Oregon Convention Center will also close on June 19. The site will wind down its operations over the next month, offering first doses of the vaccine until May 27 and shifting to second doses only starting June 1 before the June 19 closing date.

The site at the Oregon Convention Center has been open since Jan. 20 and administered nearly 465,000 COVID-19 vaccinations, according to a news release from Kaiser Permanente Northwest.

The reason the convention center location is closing is because demand has diminished as the vaccine becomes available in other locations and more Oregonians get vaccinated.

During its busiest days the convention center operation vaccinated 8,000 people a day. Now sometimes only half that many people come for a shot.

"Now we're doing more in the range of four to six thousand in a day," said Dr. Renee Edwards, the Chief Medical Officer at OHSU and the Incident Commander for the week at the convention center.

"So it has become clear that the total numbers coming in, as I said, are starting to drop which is a good sign to us that we've done a good job of covering the many Oregonians who've chosen to be vaccinated in this way," said Dr. Edwards.

The ability to get the vaccine from smaller neighborhood and community based locations has increased recently, leading to less of a demand for a large vaccination sites.

Dr. Edwards said the airport mass vaccination site was averaging 5,500 shots a day but is now down to roughly 4,500 a day. No appointments are needed. There is plenty of vaccine.

In Salem, things are slowing at the state fairground mass vaccination location run by Salem Health.

Chief Legal Officer John Bauer said demand has dropped by half from the busiest days. But organizers are not yet picking a timeline for closure in part because of the expected rush when the Oregon Health Authority approves 12- to 15-year-olds for the shot. The federal government approval is just the first step.

In the meantime, Bauer said all primary care doctors in the Salem Health system now have access to COVID shots at their offices and will be encouraging patients to get it.

Here's a look at the timeline for the closure of the mass vaccination site at the convention center:

Until the site closes, it will continue to offer scheduled appointments and welcome walk-ins to get the vaccine. Appointments can be scheduled at All4Oregon.org.