'Not the news that we want': J&J vaccine shortage leaves local health officials with a three-week supply

Johnson & Johnson’s one-dose vaccine has been deemed an ideal fit for vulnerable populations, like the homeless and homebound residents. 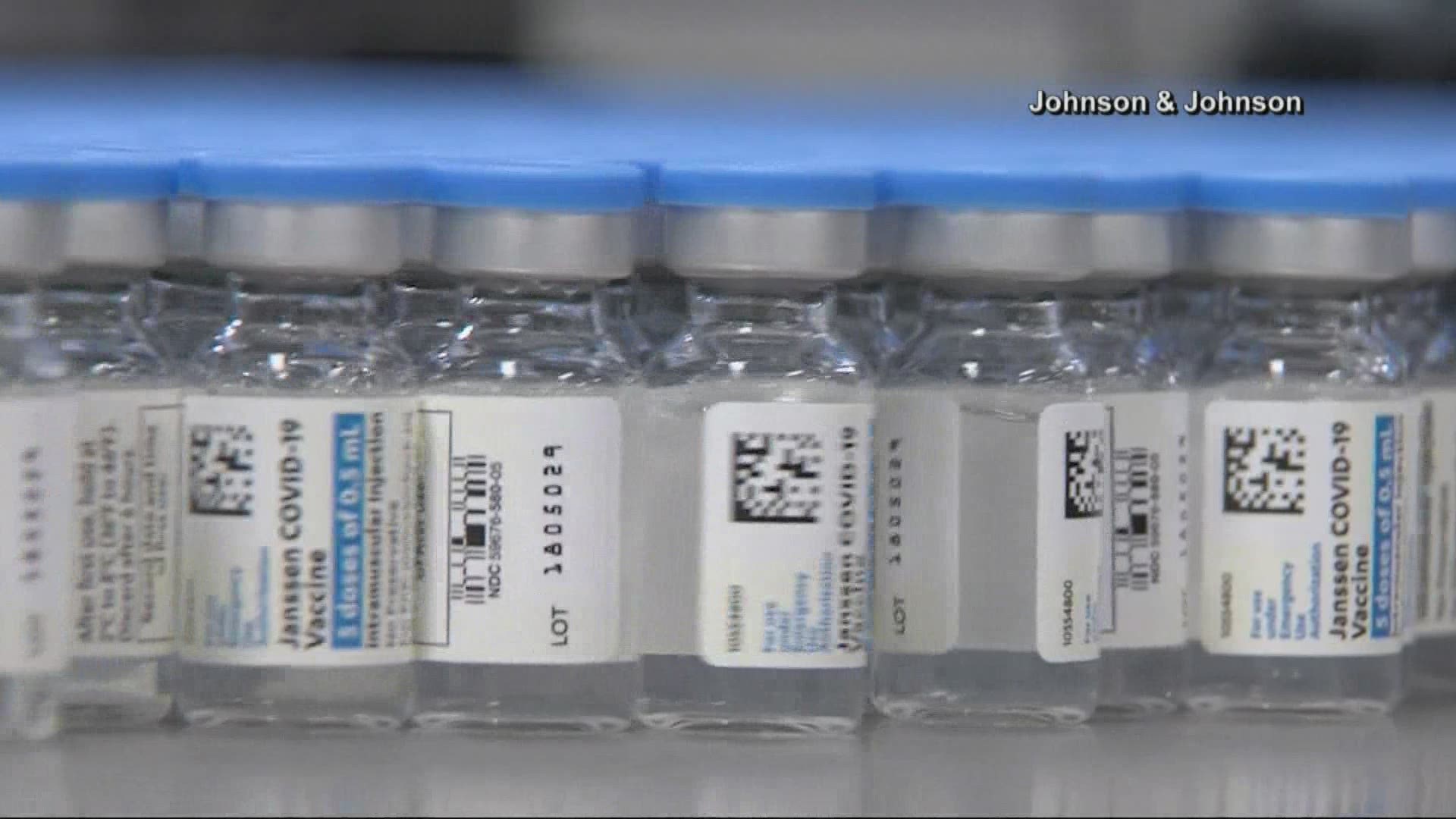 PORTLAND, Ore. — About a month into a ramped up rollout that’s provided vaccines for thousands of homeless and homebound residents, health officials in Multnomah County say the national Johnson & Johnson vaccine shortage has them worried they’ll have to bring that effort to a grinding halt.

“We have about a thousand [J&J doses] left that we're going to be using over the next three to four weeks,” said public health director Jessica Guernsey. “After that, we will wait to hear what the state and the federal government says about future supply.”

Like officials across Oregon, Guernsey said in an interview Monday she has no idea how long the shortage, caused by manufacturing and quality control issues, is going to last. They just know there’s not much time to plan.

This week, federal officials began slashing the number of Johnson & Johnson doled out to states. Last week Oregon got about 61,400 doses of Johnson & Johnson. This week, the CDC estimates the state will get about 7,300 doses. That’s a roughly 88% drop. Next week, Oregon is expected to get close to 2,000 doses.

RELATED: VERIFY: What you need to know about the COVID vaccine, before and after the shot

In the race to herd immunity, the shortage targets a vulnerable group. Johnson & Johnson’s one-dose vaccine has been deemed an ideal fit for populations who have trouble making and keeping appointments. That includes people experiencing homelessness, those who are homebound and people who live in rural areas and have to drive hours to get a single shot.

Last month, when Oregon Gov. Kate Brown opened up vaccine eligibility to people experiencing homelessness, county officials across the state made it clear they were setting aside J&J doses for that and other populations most in need of a single-shot inoculation. Until now, the effort, bolstered by vaccine sites placed near shelters and mobile vaccine clinics, has been a major success, Guernsey said.

“All in all with this week, we will have used 5,100 doses of the J&J vaccine in Multnomah County with the populations I've described,” she said. “So, obviously [a vaccine shortage] is not the news that we want to hear.”

Word of a rapidly shrinking supply came at a crucial time for officials in Malheur County, too. Friday, after a month of planning, officials are set to launch a pop-up clinic at the county fairgrounds, with vaccine doses supplied by FEMA. That supply was supposed to include roughly 1,000 Johnson & Johnson doses. Late last week, officials feared they’d have to go without that stockpile.

Monday, they got their answer: All the shots are coming.

“It is still on, and we are excited about it,” said public information officer Erika Harmon. “It's something that we've been promoting widely, and we're encouraging everybody who hasn't been vaccinated to come out to this event.”

The vaccine is free, and you do not need an appointment to get a vaccine at the clinic, Harmon said. If you receive a Pfizer or Moderna vaccine, staff at the clinic will help you book your second dose on site.

That said, health officials across the state also stressed: People with appointments booked to get the Johnson & Johnson vaccine don’t need to worry. Your appointment means there is a shot ready and waiting for you.

“Anything that has been scheduled for the next three to four weeks, we consider stable,” Guernsey said. “No, people do not need to be worried.”

The same goes for Moderna and Pfizer vaccines, officials said. The Johnson & Johnson shortage is not impacting those supplies, and appointments to get those shots are also valid.