The weather canceled some vaccination events at the Oregon Convention Center, PDX and Clark County Fairgrounds. 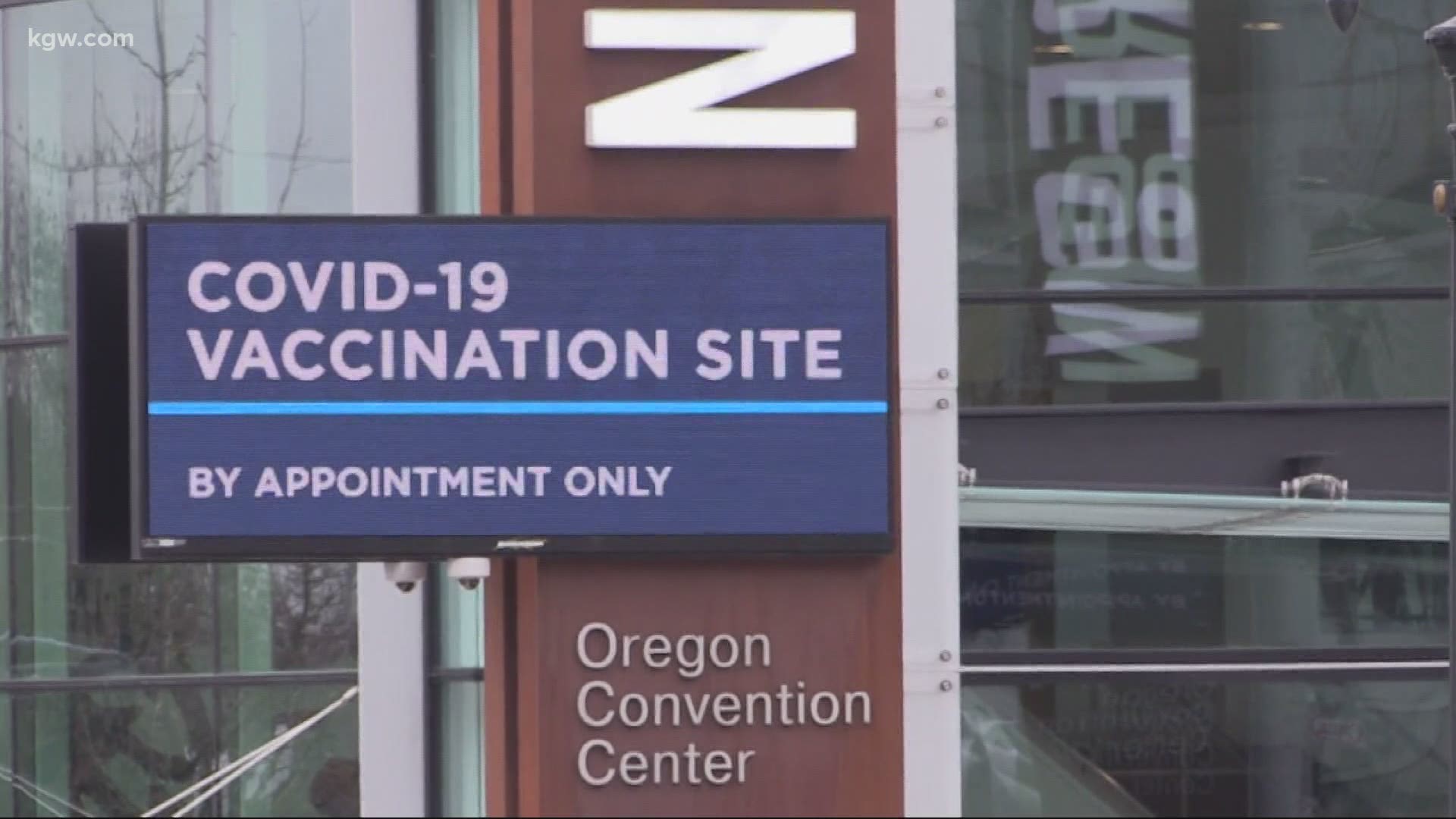 The Vancouver event is being rescheduled for Tuesday, Feb. 16 from 9 a.m. until noon. The other events will contact the thousands of people who had vaccine appointments.

On Sunday, organizers of the vaccination clinic at the convention center announced that opening time Monday morning will be delayed until 9 a.m. Anyone who has a Monday appointment between 7 - 9 a.m. will be rescheduled later in the day on Monday. Sunday appointments were canceled because of the weather.

No doses will be going to waste because of the cancellations.

“We don’t actually start the preparation for the vaccines until the morning of the vaccination clinic. So the vaccines are in a deep freeze and they have about a 35 to 40-minute thawing process that they go through,” said Terrett.

About 18,000 new vaccine doses will arrive in the greater Portland area next week.

Appointments can be scheduled beginning Monday, Feb. 15, at 9 a.m. on the state's online portal. Another round of appointments will open Thursday, Feb. 18 at 9 a.m.

Safeway and Albertsons announced each of their pharmacies in Oregon and Southwest Washington now have about 100 doses of vaccine. The scheduling software will open soon if it’s not already open.

If you are eligible for a vaccine, go to Safeway or Albertsons' website to see if there are dates available for a shot. You can also call your local pharmacy to see if it is administering shots.

The Oregon Health Authority (OHA) held a video briefing Friday in which OHA director Patrick Allen said the state will need to average 25,000 vaccinations a day to reach herd immunity of 70% by the fall.

State epidemiologist Dr. Dean Sidelinger revealed that four people in Oregon have tested positive for COVID more than two weeks after getting their second shot. He said two of the cases are in Yamhill County and two are in Lane County.

He did not say if the two people in each county are related to each other or why they were tested. He did say they had either mild or no symptoms.

You can watch the entire briefing here.

RELATED: Some pharmacies push vaccination schedule to next week