First responders are waging war on Oregon's vaccine mandate, taking the state to court and posting plans to defy the order on social media. 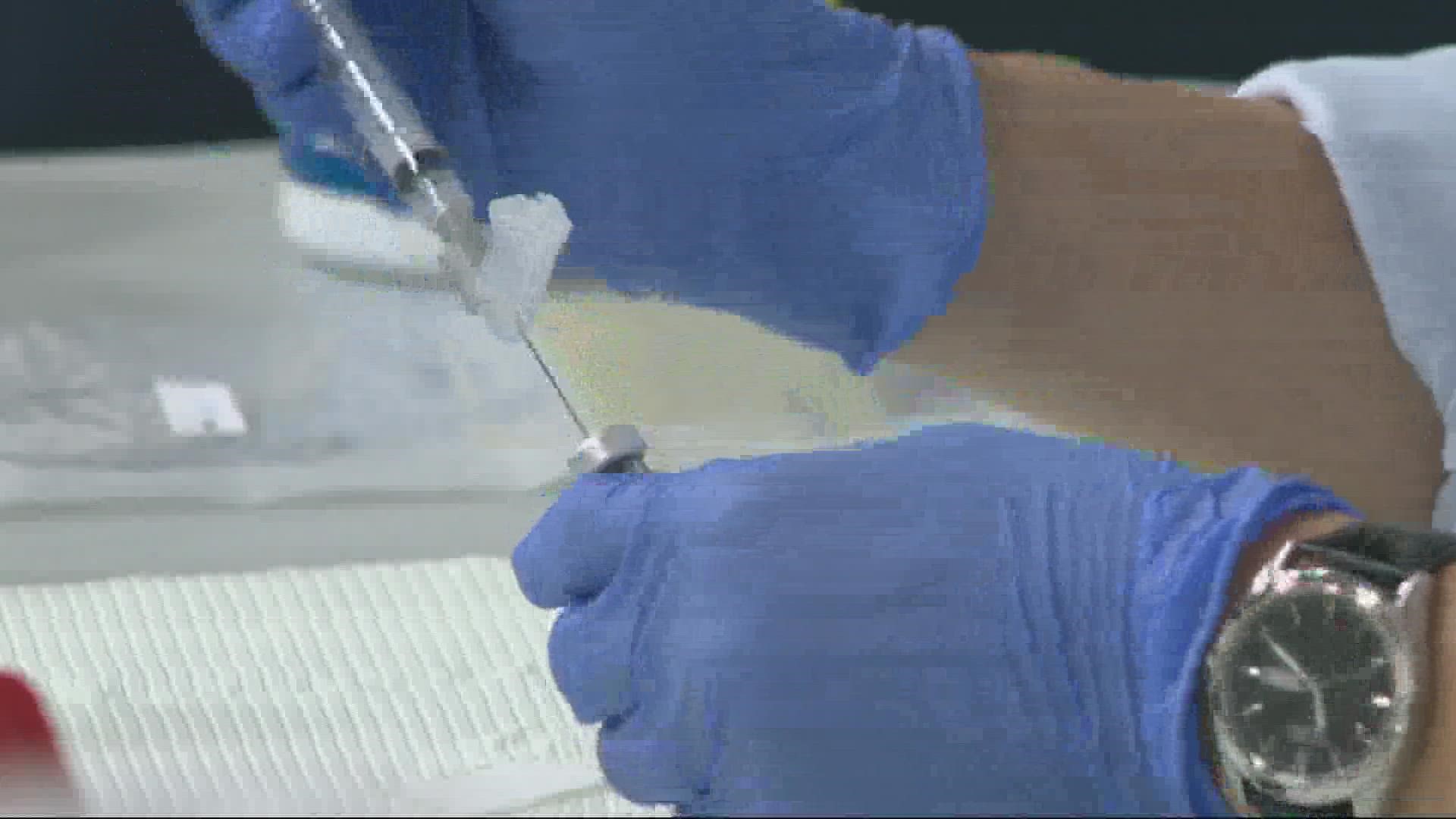 PORTLAND, Ore. — First responders are waging war on Oregon's vaccine mandate, taking the state to court, posting plans to defy the order on Instagram and sending open letters to the governor, informing her they won't be enforcing mandates in their jurisdictions.

The latest blow came Friday, in Jefferson County court. Dozens of firefighters, Oregon state troopers and the Oregon Fraternal Order of Police filed a lawsuit against the state and Gov. Kate Brown. The suit, first reported by the Oregonian/OregonLive, alleged the governor’s decision to mandate state employees get the COVID vaccine by Oct. 18 or lose their jobs violates the state and federal constitutions.

The suit came two days after another trooper in Bend was placed on leave.

“I’ll likely get fired for this video,” Trooper Zachary Kowing said in a clip, posted on Instagram last week.

In the video, Trooper Kowing sits in uniform, in his patrol car and blasts the governor, her mandate and anyone who gets the vaccine "out of fear." By Wednesday, Oregon State Police had placed Kowing on paid leave, pending an investigation.

RELATED: Gov. Brown pushes back against critics of vaccine, mask mandates in Oregon

Portland attorney Dan Thenell is representing Kowing, as well as the plaintiffs in Friday's lawsuit. He said the cases are separate, but the point is clear.

“There are many troopers who are not going to get this vaccine and are prepared to lose their job over this,” Thenell said in an interview Friday.

He’s hoping it won’t come to that, he said. The suit argues the governor's vaccine mandate, among other things, violates rights to free expression, under the Oregon and U.S. constitutions. Thenell calls the governor's executive order "unlawful” and says even amid a global pandemic, labor unions should have been allowed to negotiate. In his mind, he said, the governor’s executive power, even amid an emergency like a global pandemic, doesn’t trump bargaining rights when it comes to conditions of employment.

“It shouldn't. Whether a court lets it or not, I think we'll find out,” he said.

Pushback against vaccine mandates is mounting nationwide. In Oregon, nurses in Tualatin have rallied against the requirement. The Portland Police Association has warned that officers, under a mandate by the city, will resign over it. And last month, Columbia County Sheriff Brian Pixley told Gov. Brown he won't enforce vaccine or mask mandates, writing in an open letter posted on Facebook, "We have had enough of your overreaching mandates and bullying threats."

RELATED: 'Frustrating is not even an adequate word': Health care worker's unvaccinated mom in ICU with COVID-19

Amid sky-rocketing COVID case rates, Gov. Brown has defended mandates several times. Friday her office said in a statement, "Hospitalizations have increased nearly 1000% since July 9. The vast majority of Oregonians hospitalized for COVID-19 are unvaccinated. People are dying ... The governor is responding to a public health crisis."