COVID-19 vaccine misinformation and how to counter it

PORTLAND, Ore. — Rory Smith with First Draft, an organization that studies misinformation, said when researching false claims about the COVID vaccine, instead of focusing on the articles, videos, or individual posts spouting false information, First Draft focused on identifying the narratives linking all of those separate items together.

“You can't simply debunk or label a narrative,” Smith said. “Narratives are directly aligned to our sense of self and how we make sense of the world.”

One common narrative centers on the vaccine development process. Some people assert that the vaccine was developed too quickly to be safe.

But, doctors, scientists, and researchers say that’s not true. They had been working on a vaccine for similar viruses for years and years, so when COVID-19 hit, they knew what worked and what didn’t. The lack of financial and bureaucratic barriers also sped up the process.

Other myths focus on the vaccine not being necessary. People have claimed falsely that “a better way of fighting the virus is through natural immune responses.”

In reality, that’s not true. Experts don’t know how long natural immunity lasts after recovering from COVID-19. Immunity varies from person to person, and some people have even gotten the virus twice.

Others make baseless claims about the ingredients of the vaccine and mRNA, saying that “vaccines can alter your DNA.”

This is false. Both the Pfizer-BioNTech and Moderna vaccines are made of “messenger” RNA. This component never enters the nucleus of the cell, where the DNA is kept, so it does not have the capability to mutate the DNA in any way. 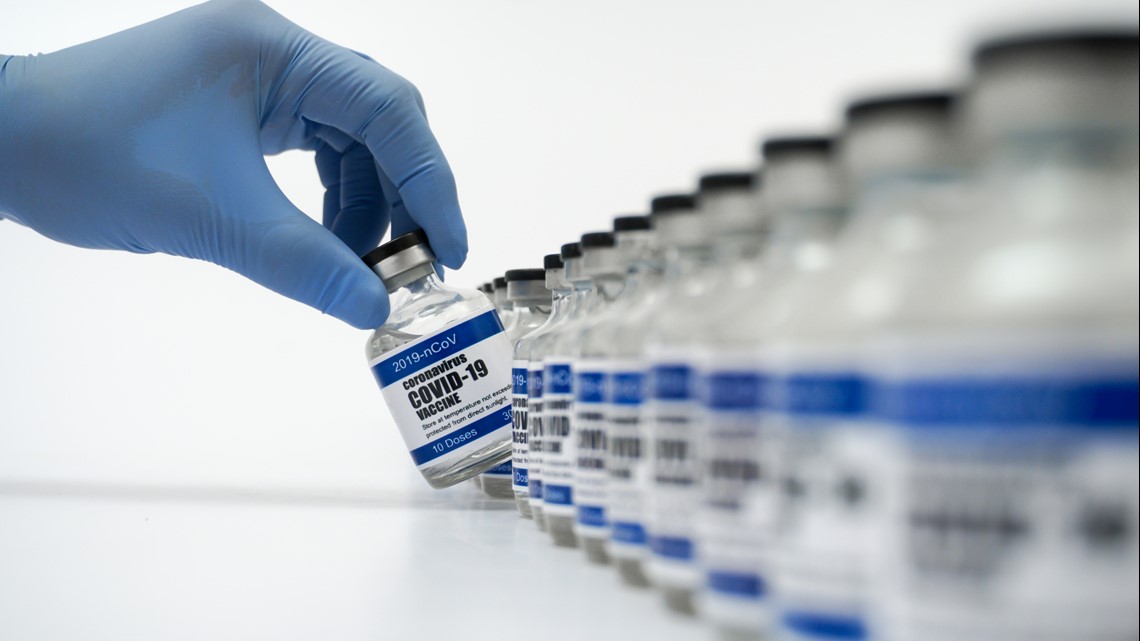 VERIFY: 5 false narratives about the COVID-19 vaccines
Over one-quarter of the public is hesitant about getting the vaccine. What false narratives are fueling these fears? PORTLAND, Ore. - Thousands of Americans have gotten the Pfizer-BioNTech vaccine this week, and millions are waiting in line.

Many of these false narratives can be found on the Oregonians for Medical Freedom Facebook page. The group started five years ago and has 12,000 members on Facebook. The organization is against vaccines, but board member Bob Snee said he doesn’t like the anti-vaxxer title.

“There are many members of our organization who vaccinate their children,” Snee said. “Some have completely vaccinated their children, others do it on an alternate schedule.”

Some anti-vaccine groups have pivoted to calling themselves “medical freedom” groups as a way to shed the anti-vaxxer stigma. According to NBC News, this tactic has led to more coverage of small rallies or protests, not normally covered by local news stations.

Snee said that over the past few months during the pandemic, more people have been reaching out to Oregonians for Medical Freedom for information or ways to get involved.

In fact, since 2019, the anti-vaccine movement has gained almost 8 million digital followers according to the nonprofit Center for Countering Digital Hate.

Jonathan Berman, an assistant professor from the New York Institute of Technology, wrote a book on the anti-vaccine movement. He said that this movement is expanding by aligning itself with anti-mask and anti-lockdown protesters.

“They share some of the same underlying anxieties, fears or concerns about loss of individual liberty, putting foreign substances into their bodies, government overreaching into personal medical liberties, things like that,” Berman said.

Oregon has long been a hotspot for the anti-vaccine movement. A Centers for Disease Control and Prevention (CDC) study found Oregon had one of the highest vaccine exemption rates among kindergarteners in the country: 7.7% compared to 2.5% nationwide.

And according to the Public Library of Science, Portland, Seattle, and Spokane stand out as “hotspot” metropolitan areas for their large numbers of non-medical exemptions to vaccines based on personal beliefs and religion. 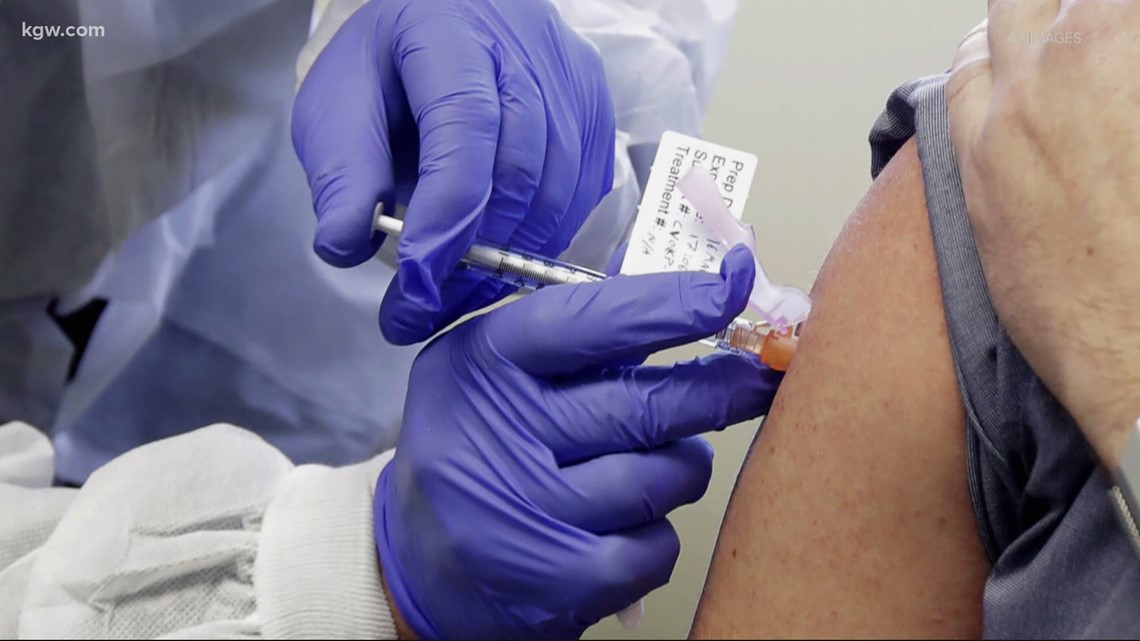 Oregon leaders work to stop misinformation about COVID vaccine
So how do you build trust around the vaccine and what's the strategy? PORTLAND, Ore. - Now more than ever it's important to know the facts about the COVID-19 vaccines, especially when there is so much misinformation being spread on social media and by word of mouth.

Bad information can flourish when there’s something called a “data deficit.” This is when there is a high demand for information and a short supply of credible information. People tend to fill the void with misinformation and conspiracy theories, largely through social media.

Smith said anyone can be susceptible to spreading misinformation.

“We take so many mental shortcuts, and there are so many cognitive biases that we latch onto what we already believe in,” Smith said. “Social media platforms will reaffirm that by serving as content that kind of adheres, or is similar to our worldviews.”

VERIFY: False lists of coronavirus vaccine side effects vs. the facts

One of the ways to fight this never-ending stream of misinformation is by sharing good information from reputable news sites, the CDC, scientists, and doctors.

“It's essentially identifying these data deficits before they can be filled with misinformation and before kind of misleading narratives take hold altogether,” Smith said.

But, this may not be an effective way of convincing people who truly believe in vaccine misinformation.

“One of the least effective ways of convincing someone with vaccine hesitancy or who is an anti-vaxxer is the information deficit model where I say, ‘I'm wearing a white coat and I have information, so you better listen to me’ — that usually doesn't work,” Berman, from NYIT said.

Berman said you probably won’t change someone’s mind who is truly committed to the anti-vaccine movement, but there is a difference between someone who is anti-vaccine and someone with questions.

With the end of the presidential election and promising news about several COVID-19 vaccine candidates, surveys have already shown an increasing share of the population plans to get vaccinated.

According to Berman, “If someone just has some doubts or skepticism, then having that conversation where you've created a space where it's safe to them to explore those ideas without feeling assaulted or feeling like they're being made fun of, I think that can be a lot more persuasive.”

Both Berman and Smith say dismissing someone or an entire group of people will do the opposite of reaching them.

“I think that the dehumanizing effects of calling it silly or wacko is quite detrimental and that further polarizes people,” Smith said. “That's just going to further entrench their worldview and it's going to create this kind of adversarial environment of ‘us’ vs. ‘them,’ which is already a severe issue in the U.S.”

Do you have a story for Cristin? Email her at CallCristin@kgw.com