Oregon health officials say the state's vaccine timeline could speed up thanks to a national supply boost. Here are the top vaccine facts for Wednesday, March 3. 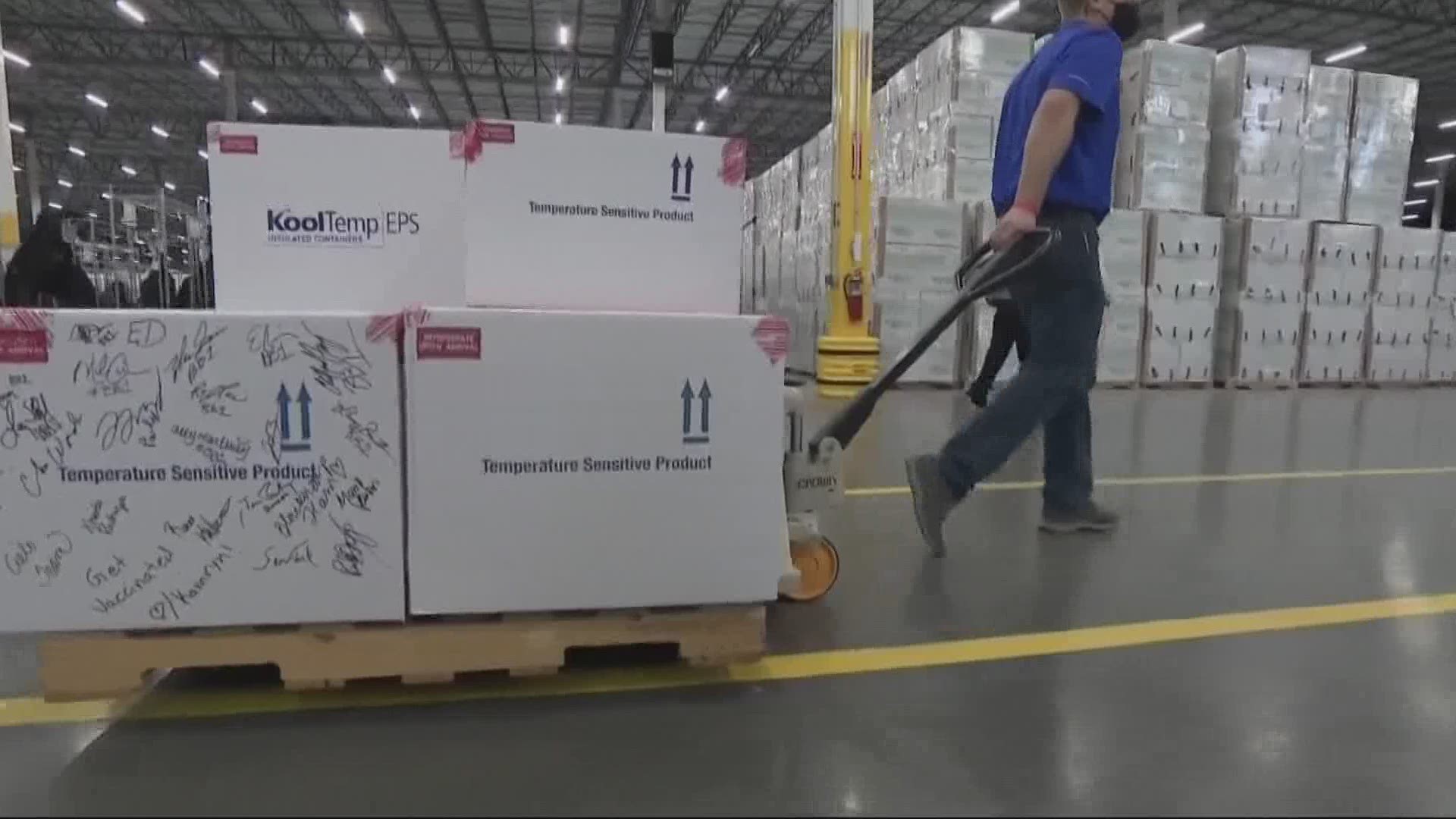 How to get a COVID vaccination in Oregon

As of March 1, everyone in Phase 1A and groups 1-5 of Phase 1B is eligible for the COVID-19 vaccine in Oregon. That includes:

The sign-up process for COVID-19 vaccination in the Portland metro area changed again on March 1. Rather than hundreds of thousands of people scrambling to find thousands of appointments, eligible people will be notified when a dose is available for them. The state will use the information people have submitted at the state's Get Vaccinated Oregon tool as an invitation system. The names of eligible people in the metro area will be gleaned from the Get Vaccinated Oregon database and their information will be sent to the state's partners at the Oregon Convention Center, one of Oregon's mass vaccination sites.

The Oregon Health Authority (OHA) on Wednesday announced that Oregon has administered more than 1 million doses of vaccine.

The first dose was given in Oregon on Dec. 14, 2020. As of Wednesday, OHA said about one in five eligible Oregonians has received at least one dose of the coronavirus vaccine.

OHA: Oregon's vaccine timeline could speed up thanks to national supply boost

Oregon officials say the state’s COVID-19 vaccine timeline could speed up dramatically thanks to President Biden’s announcement that the U.S. will have enough doses for all adults by the end of May. That’s two months earlier than planned. It's largely possible because of the newly approved Johnson & Johnson vaccine, which is already in production.

Reporter roundtable: How the vaccine rollout is going in Oregon, 5 other states

The COVID-19 vaccine rollout in the United States is basically 50 different plans happening all at once.

For a look at how it’s going across the country, Cristin Severance joined reporters from our sister stations in California, Colorado, Texas, Florida and Ohio to talk over Zoom about what’s working and what's not in their respective states.

The group also went over the complaints coming into their newsrooms the most.

Experts point to one reason for the improving numbers.

211, an information referral line for health and human services in Oregon and Southwest Washington, has become overwhelmed as a COVID-19 hotline.

"We're in unprecedented times, and our call volume reflects it," said 211info CEO Dan Herman. Herman said a month ago, 211 was getting 1,000 calls a day related to vaccines. Now lines open and at 6 a.m. and within minutes 1,000 calls were in the queue.

VERIFY: Here are the most common vaccine side effects

With vaccines continuing to be rolled out all across the country, many people have been curious about the potential side effects and various impacts. The Verify team exists to bring you the facts, so we're taking a look into what's been said about possible reactions for the major vaccines that have rolled out.