China admits to ineffective vaccines, looks to other options

China's admission comes as an Oregon congressman pushes for effective vaccine formulas be shared to more quickly to end the coronavirus pandemic. 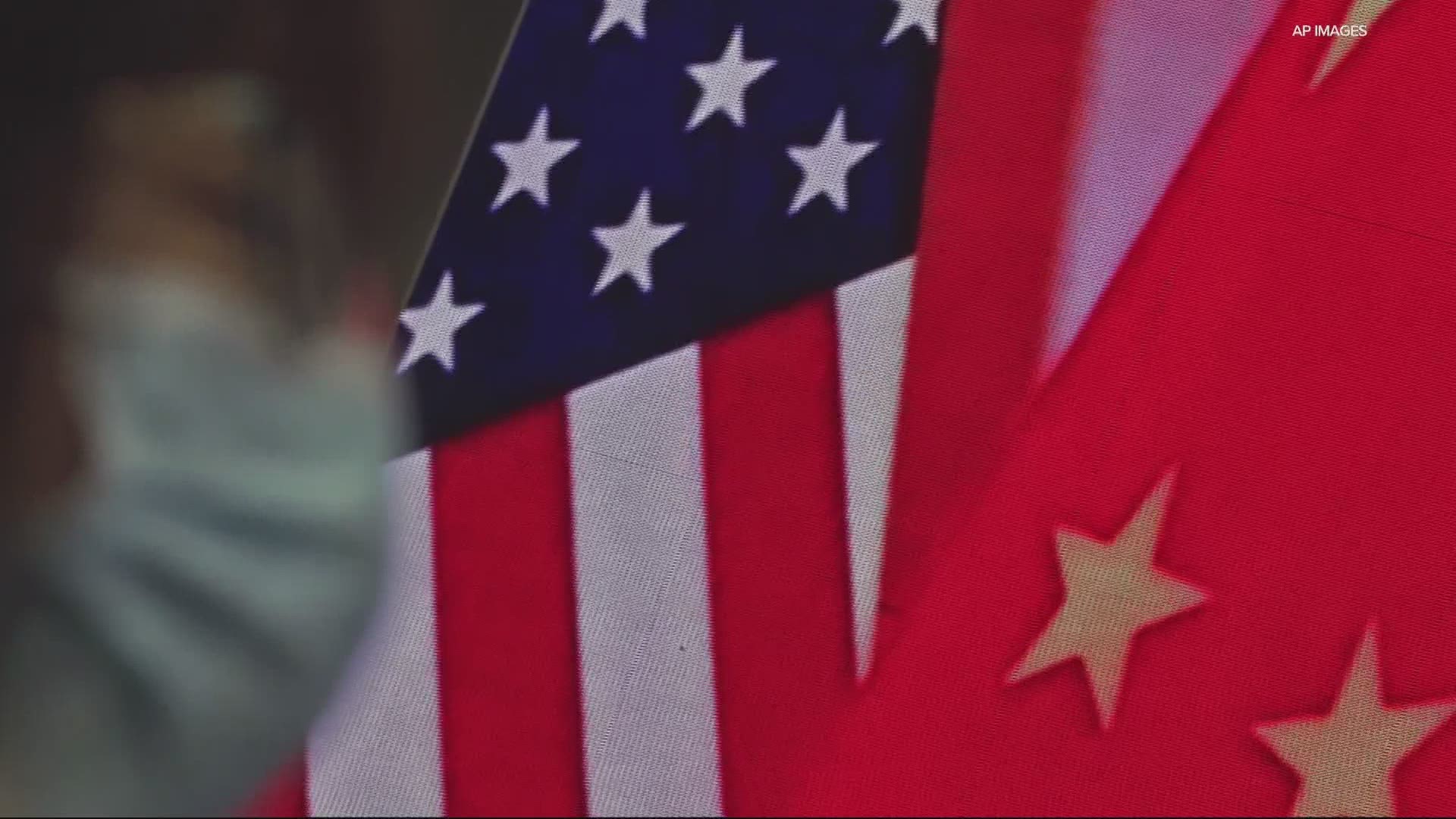 BEIJING, China — In a rare admission this weekend, the director of China's health agency said COVID vaccines produced by private and state-run groups are not very effective. This comes as an Oregon congressman pushes for effective vaccine property rights be shared to more quickly end the coronavirus pandemic.

Sinovac is a private company producing COVID vaccines. Sinopharm is another state-owned firm. International testing has revealed both vaccines are about 50% effective in preventing moderate to severe COVID symptoms.

Gao Fu had previously cast doubt on new mRNA technology used in Pfizer and Moderna vaccines within the US. Both vaccines are 97% and 94% effective respectively, but are not approved for use in China. However, this weekend, Gao Fu said the Chinese government is considering other vaccine options on top of its own. According to CNN, those could include increasing the number of doses, adjusting dosage or timing between shots, or to mix vaccines developed from different technologies.

CNN went on to report Gao Fu walked back those statements. Gao Fu was quoted in a Chinese state-run publication Global Times that his admission was "a complete misunderstanding."

"The protection rates of all vaccines in the world are sometimes high and sometimes low. How to improve their efficacy is a question that needs to be considered by scientists around the world," Gao Fu's follow-up quote said.

China's goal is to vaccinate 40% of its nearly 1.4 billion population by June. It is currently hovering at about 5%.

In comparison, the US Centers for Disease Control and Prevention reported 35% of the US population had received at least one shot as of Sunday.

"None of us are safe," he told KGW at the beginning of April. "We're only a plane ride away from being reinfected."

Blumenauer joined several lawmakers in a request to the Biden administration to temporarily lift intellectual property rights of the the Pfizer, Moderna and Johnson & Johnson vaccines. He said the idea is for other countries to produce effective vaccines, too.

"It's in everybody's interest to do this," Blumenauer said.

"We'll only be safe when the the whole world can be protected," agreed Lynn Hector with Mercy Corps in Portland.

She said wealthy countries like the US bought up most of the initial supply of effective vaccines.

"[This] risks further deepening of global inequities, sparking new tensions and divides, with really serious ramifications for stability and progress around the world," Hector said.

She and Blumenauer both worry letting COVID circulate in other countries will yield stronger variant strains, which may be resistant to current vaccines.

"I think it's short-sighted, and frankly I think it's inhumane when facing a global crisis," Blumenauer said. "And if we don't defeat the virus, it'll come back and bite us."

Although China is not currently asking for these property rights in its own vaccine production, it is the latest largely populated nation to admit it needs more resources.

In the last few months, China has gained relatively strong control over the virus, with few new cases reported. However, since COVID was first documented in the Chinese city of Wuhan, the world has seen this virus knows no borders.

This article was updated to include more specifics about vaccine options reportedly being considered in China and new statements from Chinese health officials.

RELATED: Pfizer, doctors push for children to get COVID shot