Many health care workers turned down their COVID vaccine. Here's why

Data show about 62% of nursing home workers nationwide have not gotten vaccinated for COVID-19. Many Portland hospital employees have also declined the vaccine. 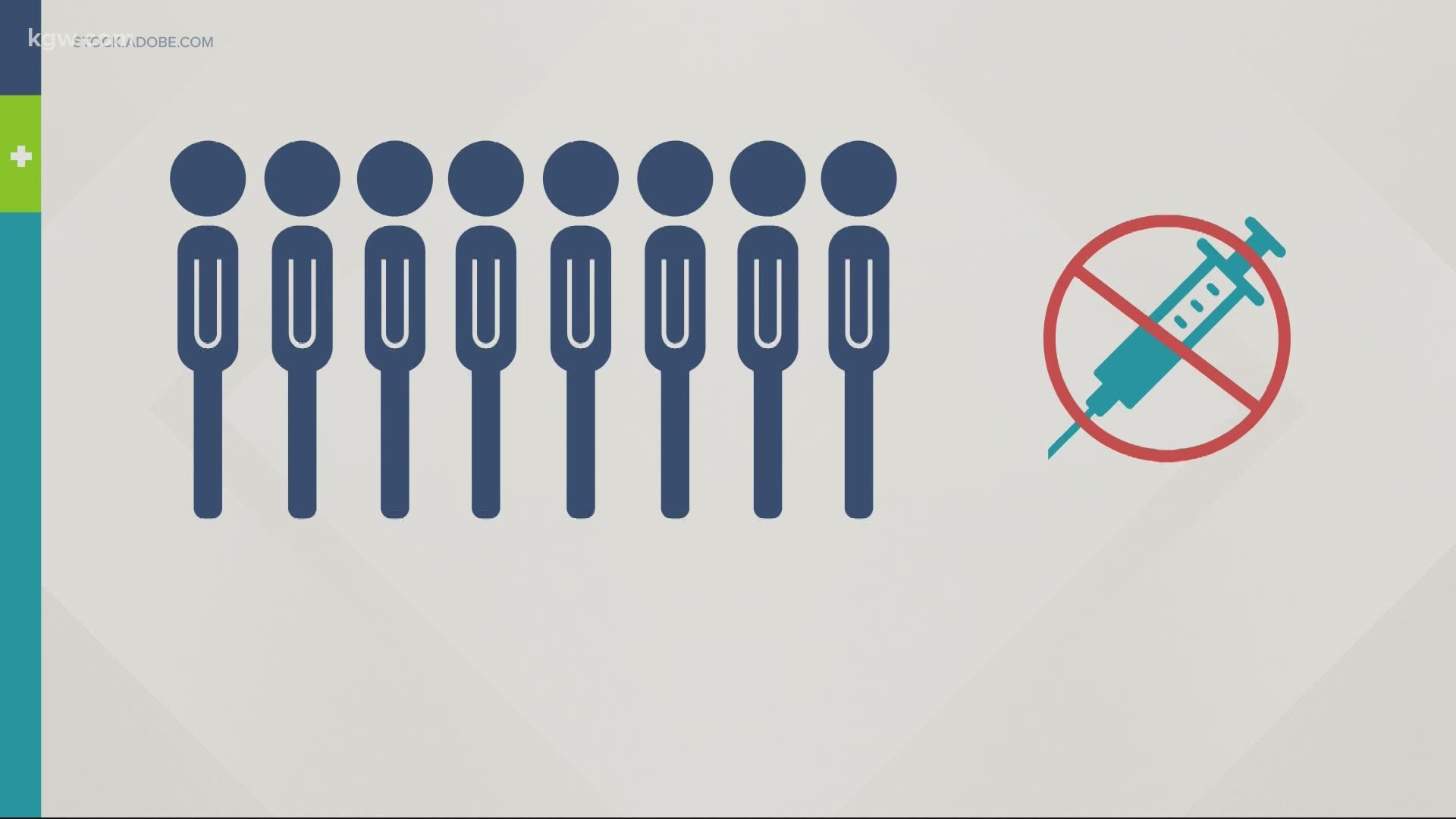 PORTLAND, Ore. — While thousands of people are still waiting to get the vaccine, there is a large group not getting it when offered.

According to a report from the Centers for Disease Control and Prevention (CDC), about 62% of nursing home workers across the country have not gotten the vaccine.

The CDC looked at more than 11,000 senior living facilities that held one vaccination clinic between mid-December and mid-January. While 78% of residents got the shot, only 37.5% of staff members did.

Melissa Unger, executive director for SEIO 503, which represents 73,000 nursing and home health care aides across Oregon, said there are several reasons why she believes workers declined the shot.

Unger said this is a young workforce with a distrust of government. Many nursing home workers have low wages and a difficult relationship with their employer.

RELATED: How to get the COVID vaccine in Oregon

Unger also said a large percentage of nursing home workers are people of color, who are historically vaccine hesitant.

"There are a lot of reasons. These are some of the first people to get it, lots of these people have had COVID because there's been massive outbreaks, so they question, do they need it? So, there's just a lot of factors that I think are really coming into play,” said Unger, who believes most nursing home workers will eventually get the shot.

KGW Investigates checked with the major hospital systems in the Portland and found:

Some workers have cited side effect concerns or wanting to give the shot to someone more vulnerable as reasons why they waited.

“It’s not a great idea for the people that are bathed in COVID like we are to refuse to get it because they themselves can be spreaders,” said Dr. Mauricio Heilbronn, vice chief of staff at St. Mary Medical Center in Long Beach, California.

Dr. Heilbronn urges people in health care and everyone else to get it for themselves, for their families and to achieve the long-awaited herd immunity across the country.

“This has been like a nightmare science fiction, horror movie for the last two months, three months. Anything we can do to keep people out of the hospital, we'll do that. And the vaccine will do that.”

RELATED: What you need to know about COVID-19 vaccines in Oregon Thursday