The woman died after developing a rare, serious blood clot within two weeks of getting the J&J vaccine, OHA said. The CDC is now investigating. 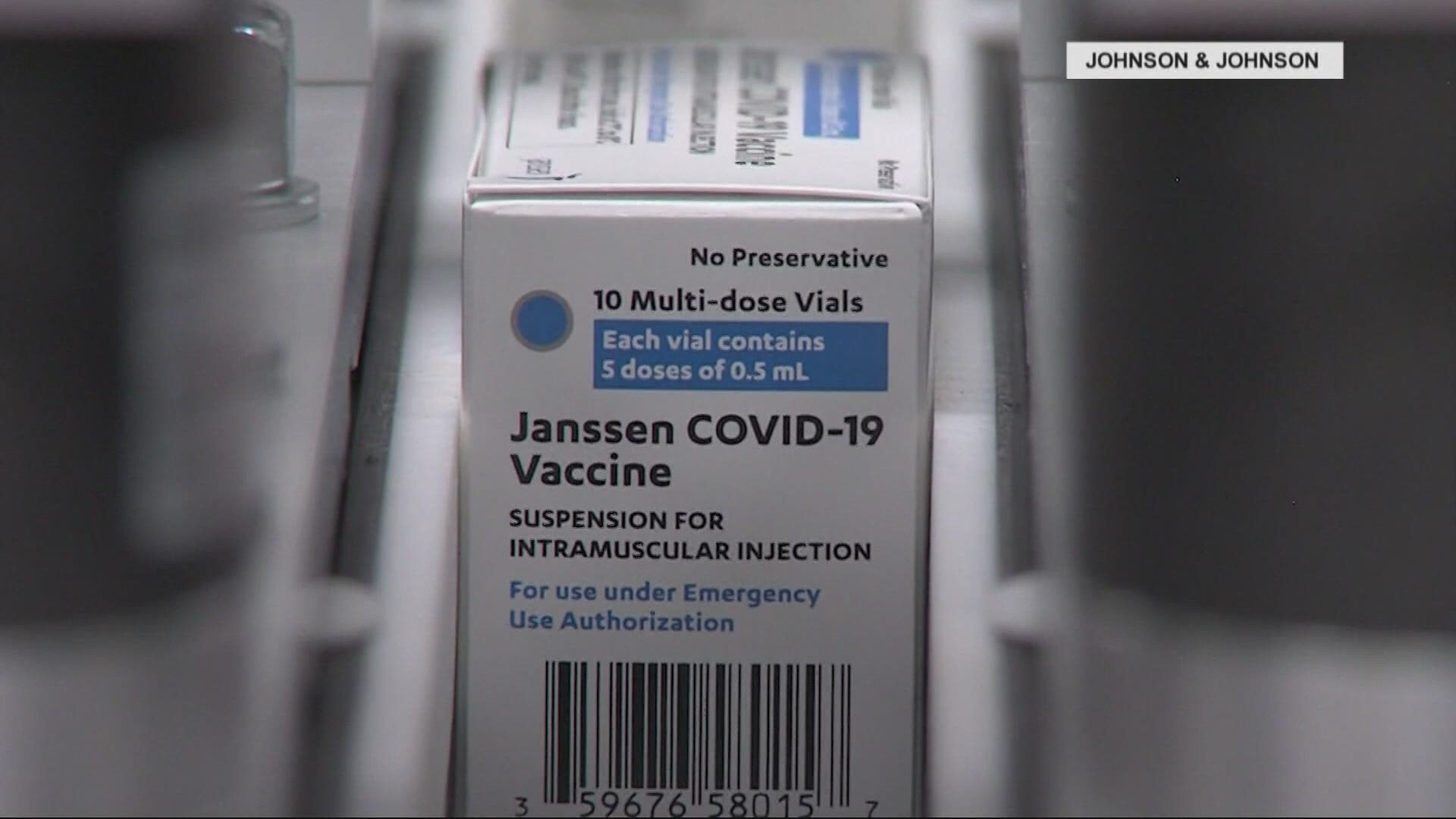 The woman, who is in her 50s, received the vaccine before the state paused Johnson & Johnson vaccinations on April 13. State health officials said the woman had the same type of blood clot found in six other women in the U.S. after getting the vaccine.

The Centers for Disease Control and Prevention (CDC) is now investigating to determine if the Oregon woman's death was directly tied to the Johnson and Johnson vaccine.

"Until the investigation is complete, it cannot be concluded whether her death is related to the vaccine," OHA said in a news release.

The CDC was first notified of the medical event on April 18, and state officials learned about it two days later.

The CDC and the Food and Drug Administration (FDA) recommended the pause of the J&J vaccine in order to review the rare cases of blood clotting.

At the time of the CDC and FDA's pause recommendation, about 7.5 million doses of the Johnson & Johnson vaccine had been administered in the United States, with more than 87,000 doses having been administered at locations throughout Oregon.

Health care providers are required to report certain adverse events after COVID-19 vaccines, in accordance with their emergency use authorization. These include deaths, any life-threatening event and inpatient hospitalization.

OHA still encourages Oregonians to schedule an appointment to receive a COVID-19 vaccination when appointments become available. Vaccines from Pfizer and Moderna are currently available in Oregon.