Seniors feel left behind after Gov. Brown prioritized teachers in front of them again. The state said the federal government lied about increased dose amounts. 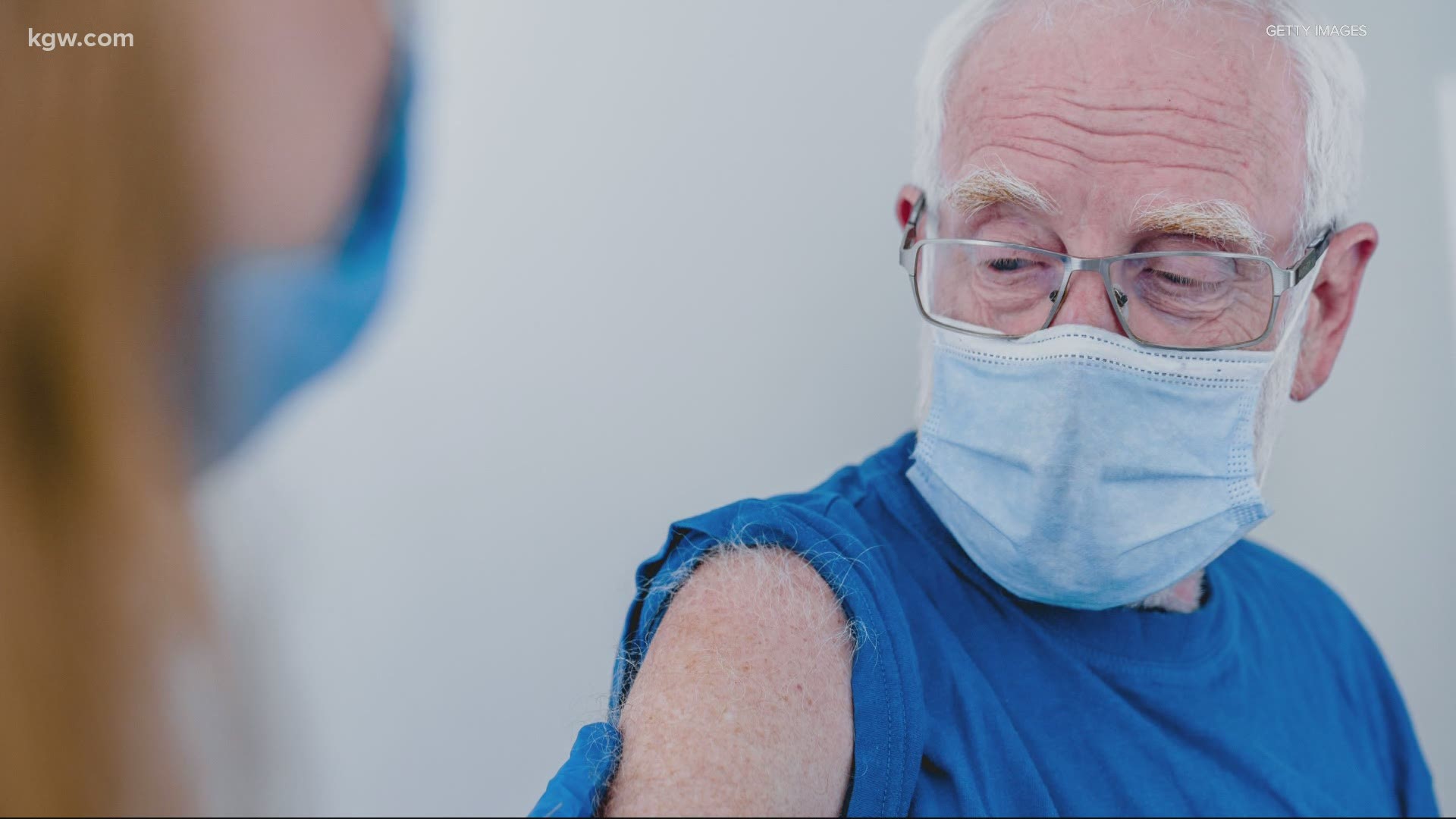 PORTLAND, Ore. — It's been a roller coaster of a week for people 65 and older in Oregon.

Teachers are once again in front of seniors in the vaccination line after a change in vaccine amounts being sent to states by the federal government.

"It's infuriating. I can't imagine what happened. I mean, they thought there were vaccines and suddenly there aren't. It doesn't make any sense," said Sarah Thomas.

In a series of tweets Friday morning, Gov. Kate Brown said she learned there was no federal vaccine reserve Thursday night. The news was confirmed to her by Gen. Gustave Perna, who is the chief operating officer of Operation Warp Speed, the Trump administration’s effort to quickly develop and distribute a COVID-19 vaccine.

“I am demanding answers from the Trump administration,” Brown said. “I am shocked and appalled that they have set an expectation on which they could not deliver, with such grave consequences.”

At a news conference Friday afternoon, Gov. Bown said Oregon will begin vaccinating educators and other school staff on Jan. 25, but the state will delay vaccinating seniors for two weeks.

"It's not that I don't appreciate what teachers do and that I feel they're very valuable. But as someone said the other day, they won't die from this. And I really feel like I will," said Eileen Clark.

Courtney Campbell is the director of the medical humanities program at Oregon State University and an expert on the priorities of vaccine distribution.

He said the state has done a good job explaining why people from marginalized communities need to be considered. That's why they created a 27-member committee to help decide who comes next.

Now, Campbell said, the state needs to do a much better job of explaining why exactly teachers bumped seniors.

"So, there are other kinds of rationales that need to be articulated. Maybe they're just purely political. Maybe they're just a lot of lobbying and so forth, but at least, you know, provide some articulation to the public about what is driving the prioritization of groups within the state of Oregon," said Campbell.

Brown said in the news conference one of the reasons teachers must go ahead of seniors is because of the mental health of students and the urgent need to get kids and educators back in the classroom.

"I made the decision based on the fact we have got to get our children back to school. I know of families where 12 and 13-years-olds are attempting suicide," said Brown.

Oregonians 80 and older will be eligible for vaccines starting Feb. 8. Over the following three weeks, Oregon plans to vaccinate more seniors in waves:

Do you have a story for Cristin? Email her at CallCristin@kgw.com