Vaccinations at the Oregon Convention Center are canceled Friday. Sites at PDX, Hillsboro Stadium and OHSU’s Marquam Hill campus will be closed Saturday and Sunday. 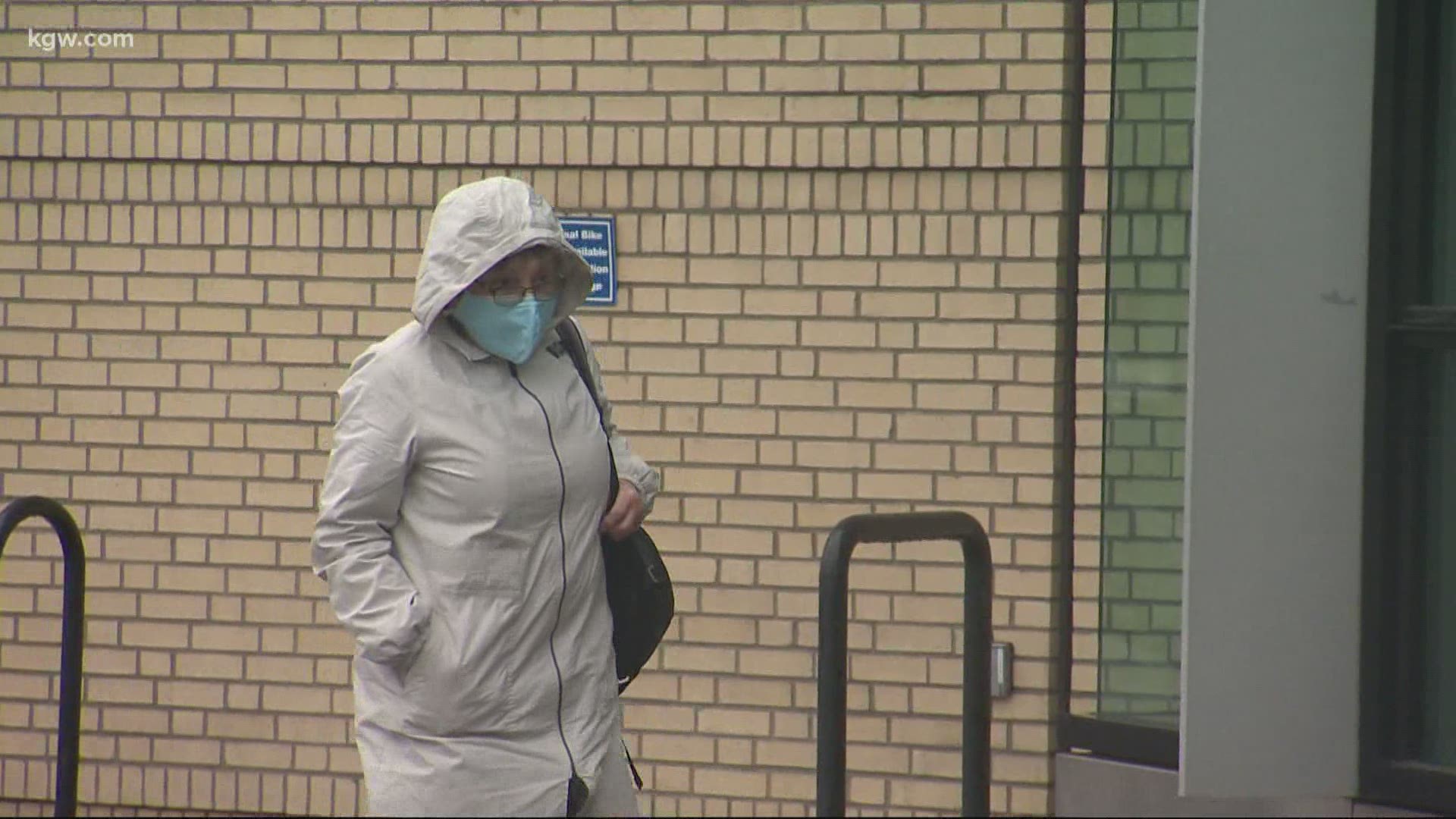 PORTLAND, Ore — The organizers of the mass vaccination effort at the Oregon Convention Center said 4,500 appointments were snapped up within about three hours of becoming available at 9 a.m. Thursday.

For many, the website for scheduling appointments has proven difficult to use.

During an interview Tuesday, KGW's Pat Dooris asked Gov. Kate Brown how things can be improved.

“It was kind of a disaster,” Dooris said. “The site for the convention center opened three hours before they said they would. Seniors were forced to go through this portal, which was confusing and hard. How can the state make that better?”

Gov. Brown answered, "Great question. There is no question there were hiccups and will continue to be hiccups. The good news is that we have so many thousands of Oregonians over the age of 80 that want this vaccine."

The governor pointed out that she's helping staff up the 211 call center and that the Oregon Health Authority launched a new online vaccination search tool, although neither of those can actually make appointments for seniors.

She said roughly 20% of those 80 and older already got a shot in Oregon because they live in long-term care or skilled nursing settings. The governor also noted that in at least some rural counties, seniors can simply call their doctor.

But she had no answer on how the state can make it easier for seniors in the Portland area to actually make appointments for COVID shots.

“This is a most wanted product in the last 50 years. That’s really good news," Brown said. "The problem is we simply do not have enough vaccine to go around. So, we're working to smooth out the hiccups. We're working to reduce the traffic jams. The good news is everyone over the age of 80 who wants a vaccine will get one."

But Dooris wanted to keep coming back to how they will book the appointment to get the shot, saying there's one solution that seems obvious.

“Why not set up a 1-800 number that would be statewide? Washington state is doing that with their version of 211, and the problem with our version of 211 is those people cannot place people into appointments. I know that Massachusetts has done that. Why can’t Oregon do that?” I asked.

“Well, we’re certainly looking at different tools to use to get seniors scheduled,” said Gov. Brown.

Organizers of the mass vaccination events in the Portland area said they are watching the weather forecast for snow. Anyone who does not feel safe driving to the locations because of weather will have their appointment rebooked. They will not have to go back into the pool and try to snag an appointment again.

The mass vaccination site at the Oregon Convention Center will be closed on Friday, Feb. 12, a Legacy Health spokesman announced during a winter storm in the Portland area.

In addition, the OHSU's outdoor vaccination clinics at the Portland International Airport, Hillsboro Stadium and the Multnomah Pavilion on OHSU’s Marquam Hill campus will be closed Feb. 13-14 due to the forecast.

Patients scheduled for those days should have received an email, text message or phone call by now indicating that the clinics are closed due to inclement weather, and that patients have been automatically rescheduled for next week as follows: