Thousands of people vaccinated at federal sites are not yet included in the state's COVID-19 vaccine lottery. 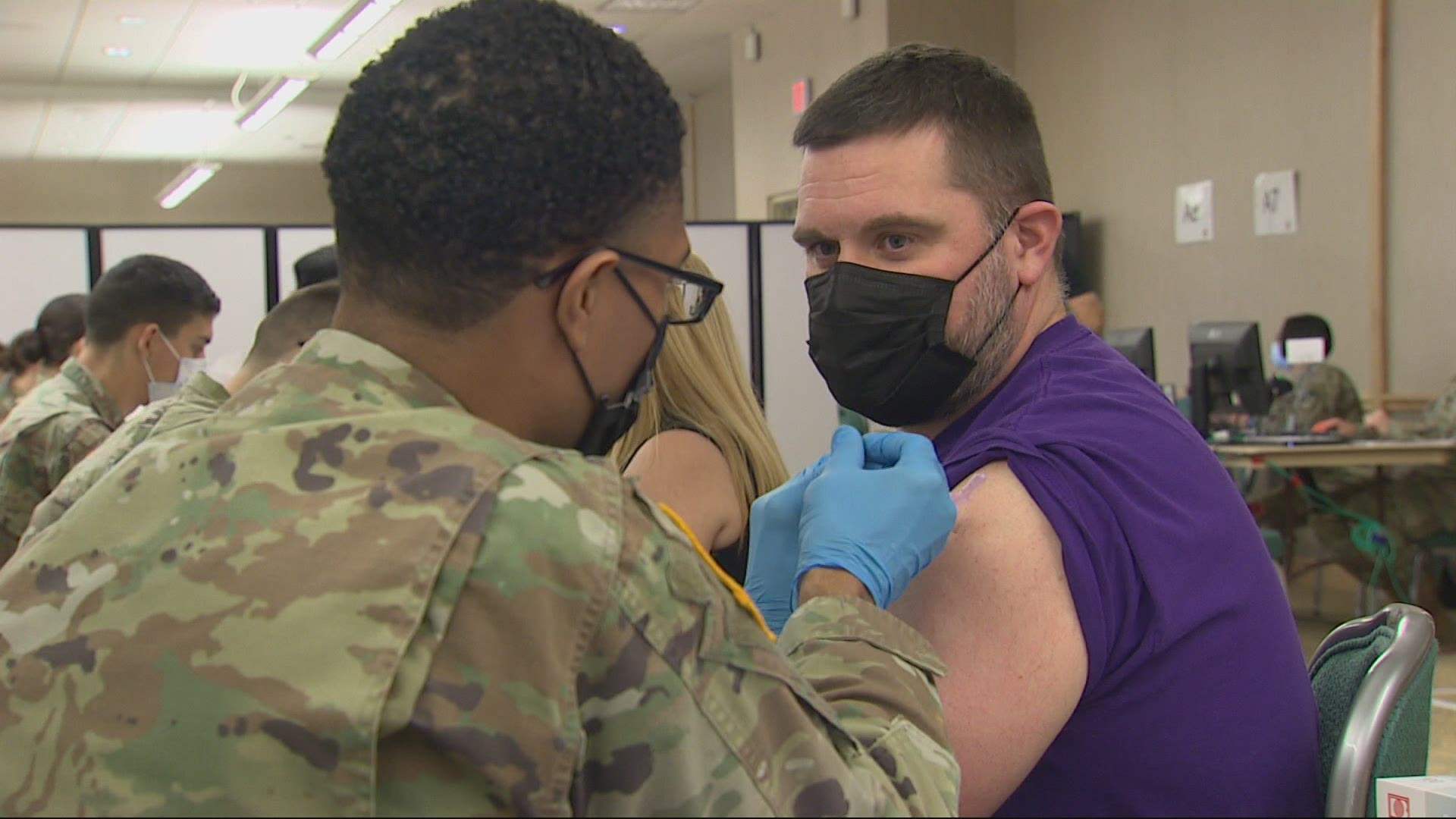 PORTLAND, Oregon — About 159,000 Washingtonians were left out of the state's first COVID-19 vaccine lottery drawing Tuesday because they got their shot through the Department of Veterans Affairs (VA) or the Joint Base Lewis-McChord (JBLM) military base near Tacoma.

At least 90,000 of those people, military members and their families, were connected to JBLM. Another 69,000 people got their vaccine through the VA.

The reason they were left out of the Tuesday's drawing, which included a $250,000 cash prize, is because the federal government doesn't have a system to share their names with the state, and neither the state nor federal government have figured out a way to fix that.

Gov. Jay Inslee said on June 4 the state was trying to come up with a solution.

“We are working with the federal government to figure out if there is a way to solve that problem so that people who have received the vaccine through the federal channels – Department of Defense, veterans – could opt in,” Inslee said.

But on Tuesday, Washington state's first COVID sweepstakes drawing took place without all those people. There will be three more weekly drawings for $250,000, followed by a drawing for a $1 million grand prize.

In Oregon, there is no large base like JBLM, but 44,000 veterans and their families got COVID shots through the VA.

Dave Baden, the Oregon Health Authority's leader in charge of the COVID vaccination effort, said last week that the state is creating a place where people can add their names to be included in its state COVID vaccine lottery.

A spokesperson for Gov. Kate Brown said Tuesday that the details are expected to be revealed later this week.