'It’s horrible to be sitting there waiting for something that isn't coming. It’s better for people to be forewarned and figure out something,' Shannon Green said. 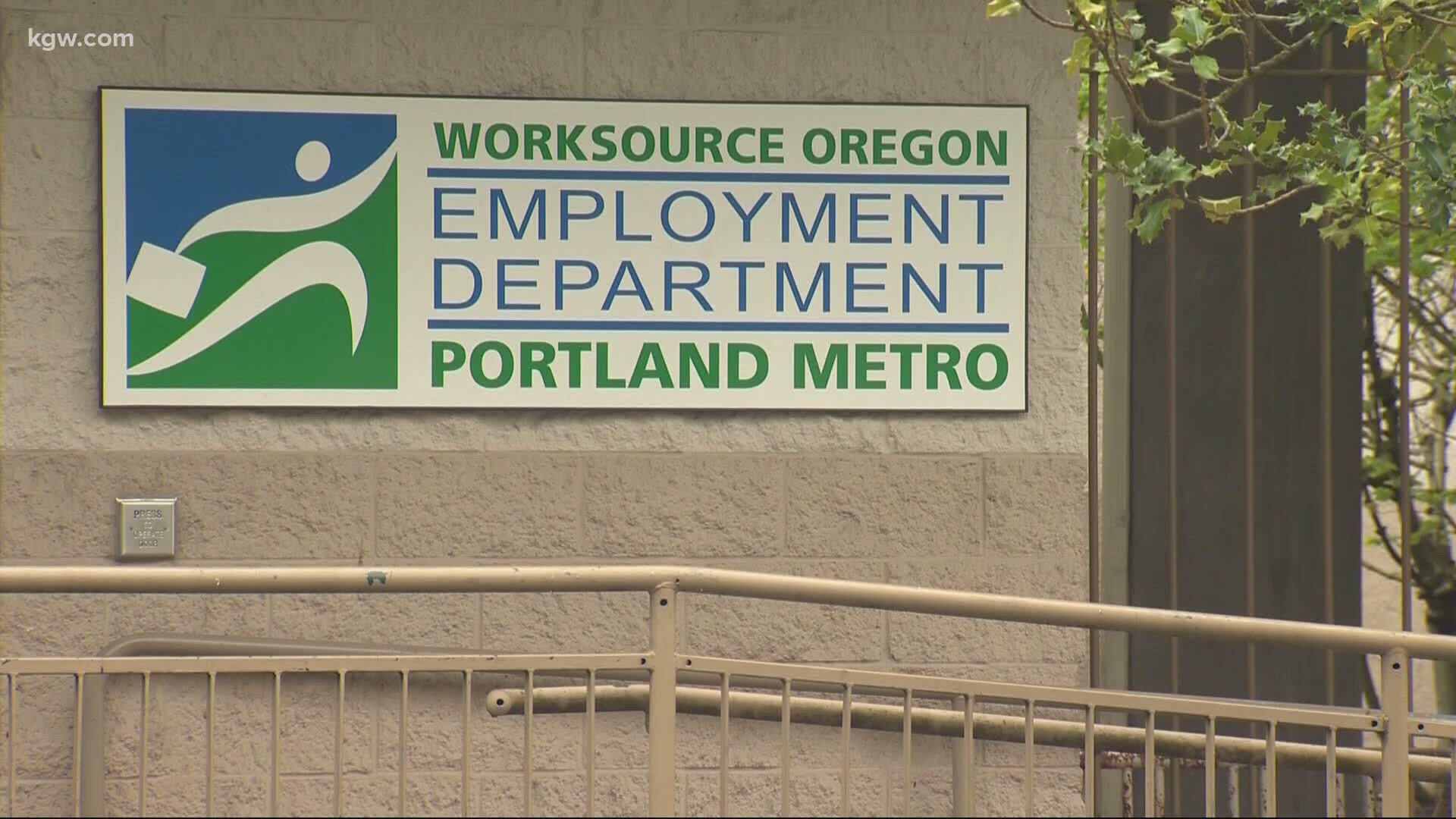 PORTLAND, Oregon — It's been four months since the state of Oregon shut down, leaving thousands unemployed.

We continue to hear from Oregonians who are still waiting for their unemployment benefits to come in. Tens of thousands of Oregonians still haven't seen a dime or been able to get through to the employment department on the phone and talk to a human being.

A couple Oregonians KGW spoke to got back-pay for weeks they filed, but a lot of claims are still not processed.

On top of that, the Oregon Employment Department's phone lines are still a mess and were down for part of the day Tuesday and Wednesday.

We had our phone lines stabilized this morning. This afternoon we’re experiencing difficulty again with our regular unemployment benefit lines, and some dropped calls with our PUA lines. We are working to get them running again as quickly as possible.

To make matters worse, the extra $600 a week in extended unemployment benefits millions of Americans get through the CARES act runs out at the end of this week. It doesn't look like Congress will pass legislation in time to extend those benefits.

The uncertainty eats at people.

"I was really stressed out for quite a while because I didn't understand how long it was going to take and I couldn't get a hold of anyone,” Maverick Marketing owner Shannon Green said. "It’s horrible to be sitting there waiting for something that isn't coming. It’s better for people to be forewarned and figure out something."

When COVID-19 hit, Green's income took a dive, as she mostly does marketing for local golf courses.

She filed for Pandemic Unemployment Assistance (PUA) and when she was finally able to get through the office, a woman told her that her claims would be processed. But help never came.

"One week, two weeks, three weeks, I call again - nothing," said Green. "Four weeks, five weeks, and I'm starting to realize she was just saying it and didn't follow through with the promise she made."

Wendy Bruder is in the same boat. At this point, she says she doesn't expect the employment office to come through.

She reached out to state legislators who put her name on a list and told her they sent it off to the employment department.

"The pandemic is not getting better right now, things are not improving," said Bruder. "And you just don't know how long you're going to still be OK. And there are a lot of people that are not OK at all."

RELATED: Many self-employed Oregonians are still waiting on unemployment benefits months into the pandemic

"It's already made a vast improvement addressing the issue of people whose PUA benefits were stopping because we had to manually enter in all claims,” Oregon Employment Department Director David Gerstenfeld said in a media briefing Wednesday afternoon.

He wants those who haven't been paid yet to re-file weekly claims through the new app but not their initial applications because he says the department has those and will process them.

If you filed for PUA more than six weeks ago or regular unemployment insurance at least four weeks ago and haven't heard from the department, Gerstenfeld says call them. Otherwise don't.

Gerstenfeld says you should fill out its new contact form if you've been missing benefits since late May or earlier.

"We've done what we said we were going to do: we've added people, improved technology, made process improvements and we continue to do so," Gerstenfeld added.

However, those improvements obviously haven't helped everyone.

David Kerr filed for regular unemployment insurance back in March, right when the pandemic hit. He wasn't laid off due to COVID-19 but the timing was unfortunate. Months later and Kerr still hasn't received benefits; he says he was told by OED staff that the adjudication process is to blame.

After getting smacked with constant busy signals, it took weeks to get a hold of someone on the phone and at that point he was told an adjudicator hadn't even been assigned.

He's been told the question left to answer in order for him to be paid his benefits: why'd he leave his job? But Kerr says he's answered that question.

"They waited until I got a hold of somebody - not even from their department, somebody from Workforce - just to check up on the status. That’s when they decided to put an adjudicator on it," Kerr told KGW. "What they're telling people and what's occurring is not actually what's going on."

Gerstenfeld admitted on the call Wednesday that the agency does not have enough adjudicators, who handle the more involved and "complex" unemployment claims, but they are working on it.

"The adjudication process is still a challenge for us but we're continuing to hire and train more people to do that work," Gerstenfeld said.

Kerr, Green and Bruder wish the agency had staff working around the clock to handle the barrage of unemployment claims.

"They should be looking at cases and going, 'it's been so long, got it, we'll take that risk.' You need to start paying the people so they can live their lives," Kerr said. "If they're not qualified later on then, great, you go back for them and get the money back."

"When we think we will be taken care of in times of emergency living in America and living in a progressive state and then it turns out that's not the reality, it’s frightening," Bruder added, "So I'm trying to stay positive."