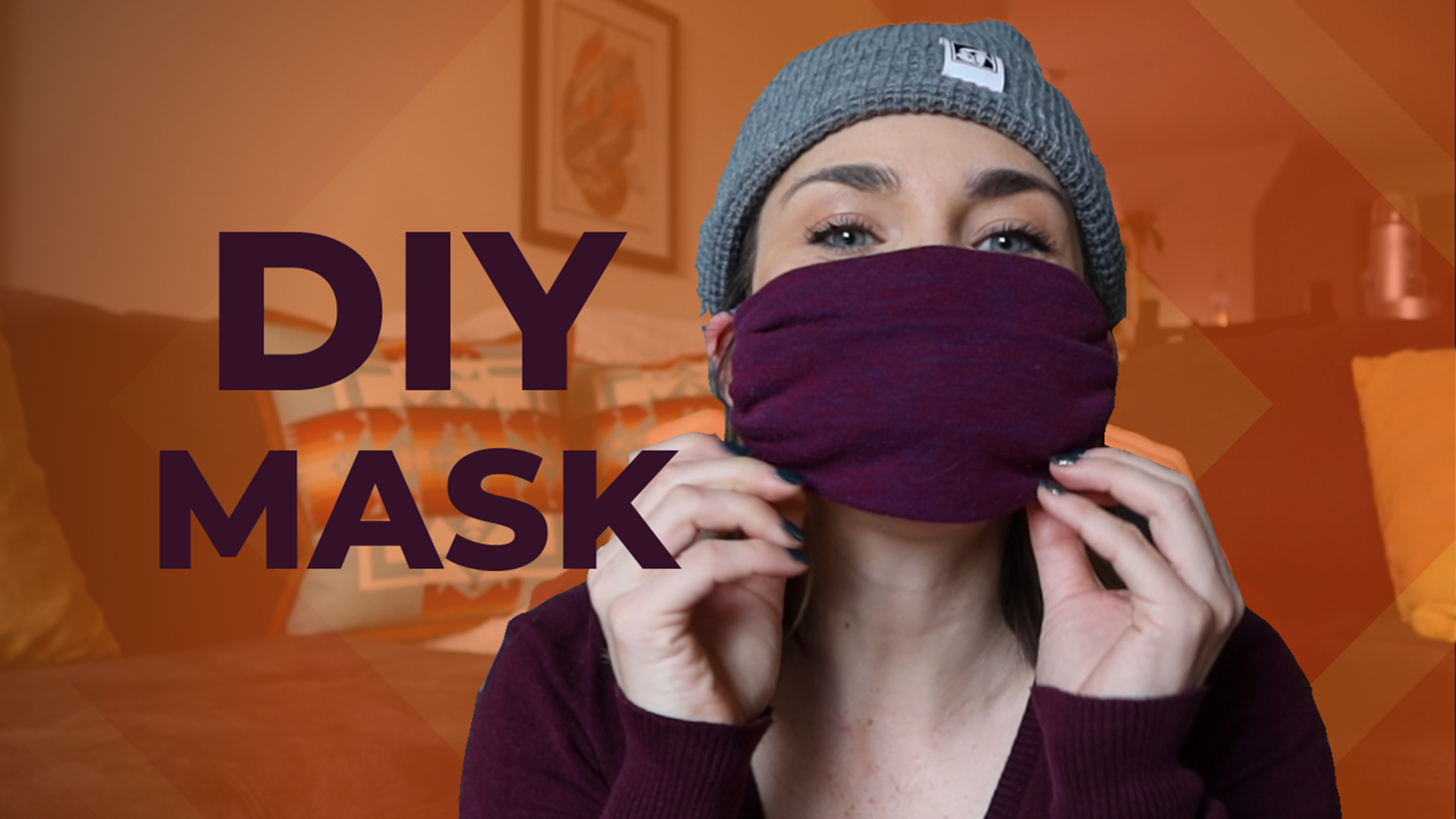 PORTLAND, Ore. — Although the federal government has recommended them, bandanas do a bad job of protecting the people wearing them from the new coronavirus – filtering out about 19 percent of infectious airborne particles, according to one study.

Researchers at Cambridge University found that vacuum bags filtered out 94 percent of tiny particles that spread many diseases.

Dr. Ryan Southworth, an emergency medicine physician in Casa Grande, Ariz., posted a YouTube video viewed more than 5 million times since March 22 showing a tight-fitting homemade mask sewed by his wife out of a vacuum bag.

It worked so well that Southworth said he couldn’t smell the bacon he was cooking when he gave it a trial run. He also noted no problems breathing through the thick material.

The video has gained traction in the wake of last Friday’s federal call for us all to start wearing masks while out in public to prevent the spread of the new coronavirus.

To make the Arizona doctor’s mask, you’ll need a vacuum bag (one bag makes four masks), a hot glue gun, some elastic bands, a pipe cleaner and a sewing machine.

The Cambridge researchers also found that other common household items that worked well, in their 2013 study, which was inspired by the H1N1 pandemic several years earlier.

Study participants, however, complained about trouble they had breathing through the vacuum bags and tea towels. The study concluded that a T-shirt -- which filtered out 69 percent of particles -- and a pillowcase -- which filtered out 61 percent -- were good choices because they were easy to breathe through.

The Cambridge study didn’t specify the T-shirt’s thickness or the pillowcase’s thread count.

But Yang Wang, an assistant professor at the Missouri University of Science and Technology, is just wrapping up a new study that found a 600-count pillowcase performs notably better than a 400-count one. The 600-count case filtered out 22 percent of particles when folded over twice, but with four layers it blocked nearly 60 percent.

President Trump said last week that a scarf is “highly recommended” and is “actually better” than “a mask.” U.S. Surgeon General Jerome Adams also recommend a scarf, bandana or T-shirt.

Wang’s research, however, found that a scarf would have to be quite thick to do much good. Two layers of a chunky, wool scarf filtered out 21 percent of particles. When it was folded into four layers, its performance jumped to 49 percent.

Cotton bandanas performed the worst -- shielding the wearers from only about 18 percent of particles when folded into two layers. Four layers hardly improved the bandanas’ performance, with 19.5 percent blocked.

But any face covering is better than nothing, say experts who study the spread of disease through the air. And here’s why: When folded over a few times, even thin pieces of fabric can do a decent job of catching large droplets of mucus and saliva that the person wearing them expels while coughing, sneezing or talking. That’s great from a public health point of view: It’ll protect others from being infected.

That said, thin pieces of fabric such as bandanas do little to protect the person wearing them from inhaling microscopic particles that other people might have expelled into the air.

Some Los Angeles clothing makers found that they could drastically increase the effectiveness of masks made out of cotton fabric by tucking two blue “shop towels” into them and making sure they fit tightly. Although they weren’t scientists, the clothing makers built a testing facility and found that their improvised shop towel masks filtered out 95 percent of particles, compared with 20 to 60 percent using cotton fabrics they tested, according to Business Insider.

After a story posted last week, the shop towels became a much sought-after item at home improvement and tool stores.

If you’re planning on making a homemade mask, here are some tips from the experts:

-- Remember, N95 masks are excellent performers -- filtering out 95 percent of airborne particles -- but public health officials have stressed how important it is for the general public to refrain from buying them on the open market so these pieces of personal protective equipment can make their way to the hands of frontline medical workers.

-- Don’t run out to your local store to buy materials. That could put you and others at more risk of exposure. Instead, search your home for items you already have.

-- Just as important as the type of material you use is the seal of the mask. If it’s not tight on your face, contaminated air will come in through the sides and into your mouth, nose and lungs.

-- Follow this general rule: If you can shine a flashlight through the fabric, it’s probably not a good candidate for a mask.

-- Be careful not to touch the potentially contaminated parts of the mask when you’re removing it. The mask could have captured airborne particles on its outer surface. Pull it off from the back by the elastic straps, then wash your hands afterward.

-- Wash your mask between uses if you’re going to wear it frequently. Soap should kill the virus, experts say. Or, if you don’t need to wear the mask often, put it in a paper bag and label it with the date. The virus should die off after several days -- one expert recommends waiting five days to be safe.

-- Remember that wearing a mask shouldn’t encourage you to venture outside and into confined, indoor spaces with other people. Public health officials stress the importance of staying home as often as possible and limiting essential trips, such as going to the grocery store, so they are made as infrequently as possible.

RELATED: How to make a DIY cloth face mask