Scientists' theory is that patient was infected for so long with COVID-19 the virus was able to evolve in their body to a new more infections form. 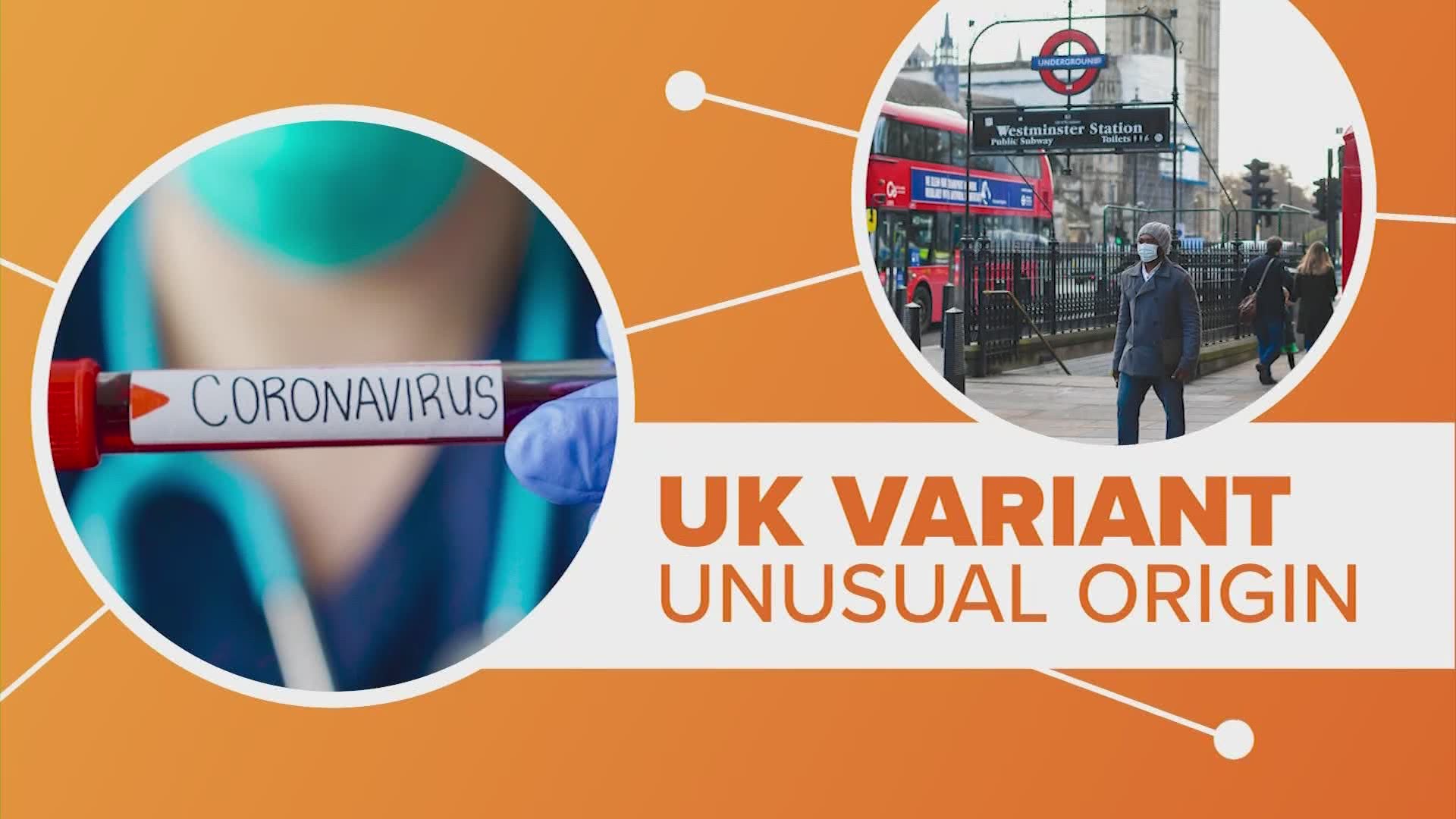 As concern spreads about the UK variant and its reach in the United States, scientists now think the mutated version of COVID-19 originated in one unusual patient.

Mutations in viruses are nothing new. The changes happen when the virus travels from person to person.

Usually, those mutations are slow and lead nowhere, but every once in a while the virus mutates in such a way that it gains an evolutionary advantage. And that seems to be what happened with the UK variant.

RELATED: What is a COVID-19 variant?

The mutations made it easier for the virus to travel to new victims, helping it spread.

What is unusual about the UK variant is that those changes seem to have happened in one giant leap. Instead of a single mutation, this variant picked up 17.

Scientists have a new theory on how that happened.

All the mutations developed in one patient who was infected for so long with COVID-19 the virus was able to evolve in their body to a new more infections form. And from that patient, the UK variant spread.

This is not an unheard-of idea. Doctors have already identified a man in Boston who was in a similar situation.

That patient, who was on immune-suppressing drugs for another condition, was infected for five months. Doctors tested him over those months and realized the virus was changing inside his body.

By the end, they documented more than 20 mutations. That man was confined to a hospital, keeping those mutations quarantined.