The bad news is there are only enough supplies at the moment for up to 48 people. 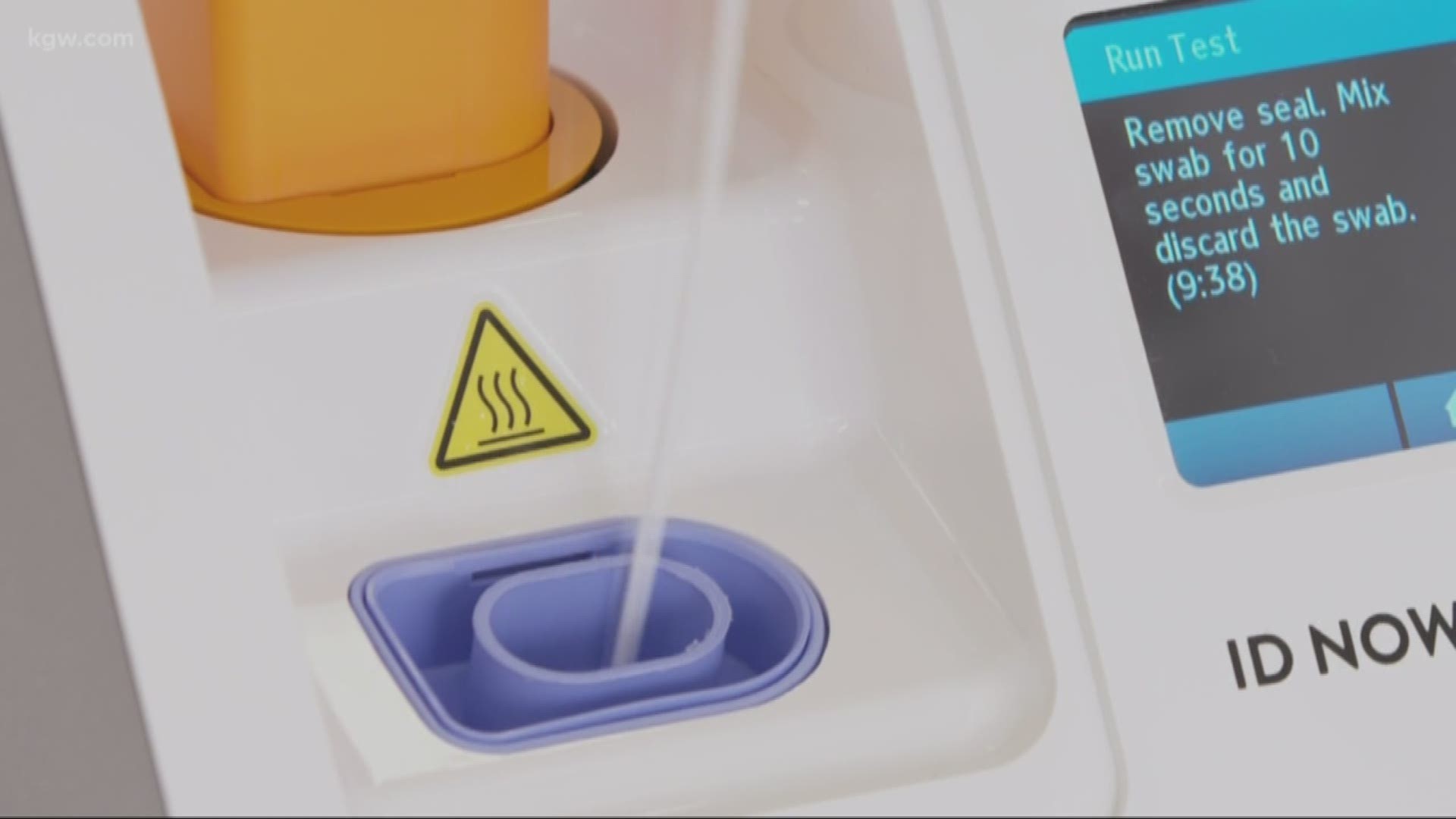 PORTLAND, Ore. — Rapid tests for COVID-19 will soon be available in three rural Oregon counties. The bad news is there are only enough supplies at the moment for up to 48 people.

The fast tests run on a machine called ID NOW, which is built by the Abbott Corporation. Some doctors’ offices, including Legacy-GoHealth Urgent Care in Portland, already have the machines to run samples when testing for the flu or strep.

But now, Abbott has figured out a COVID-19 test that can run in the machine. It takes as little as five minutes to get a positive test, about 13 minutes for a negative test.

Last week, President Trump praised the company and its new test, writing in a tweet that it created “a whole new ballgame."

This week, the federal government shipped Oregon 15 of these machines. But it only received 120 test kits to run on the machines. That means less than 120 people will be tested since it takes a couple test kits to make sure the machine is working correctly and a couple more to train staff.

The tests were sent to hospitals in Curry, Morrow and Lake counties. Curry General Hospital in Southern Oregon was one of the first rural care centers to get the machine and tests.

“Where the rapid testing I think is really critical is where you start to see your patient, especially in the inpatient unit, to be able to test them and know if they are positive or not,” said CEO Ginny Williams.

Without the fast test, everyone is considered infected with the virus. That requires more personal protective gear for everyone treating the patient. Williams said the county has about 1,500 standard tests available. It takes about three and a half days to get a result from their provider, Quest.

Williams is thankful to have the new, faster machine. The only problem is the test kits. She was only sent 48 test kits. A promising beginning but not nearly enough for the population there.

In Portland, Legacy-GoHealth Urgent Care secured their own supply of test kits and can run the fast COVID-19 test on 270 people a day. A spokeswoman said the clinics have already tested 700 people.

People who are experiencing COVID-19 symptoms can schedule a virtual visit with Legacy-GoHealth Urgent Care. If their provider thinks testing is appropriate, they will be directed to a site for a testing appointment. Virtual visit appointments can be scheduled here.

RELATED: 'What on earth is wrong with me?': False negatives complicate COVID-19 testing