With no cell service, no internet and no news while rafting through the Grand Canyon, the couple was isolated from the widespread impact of the coronavirus pandemic. 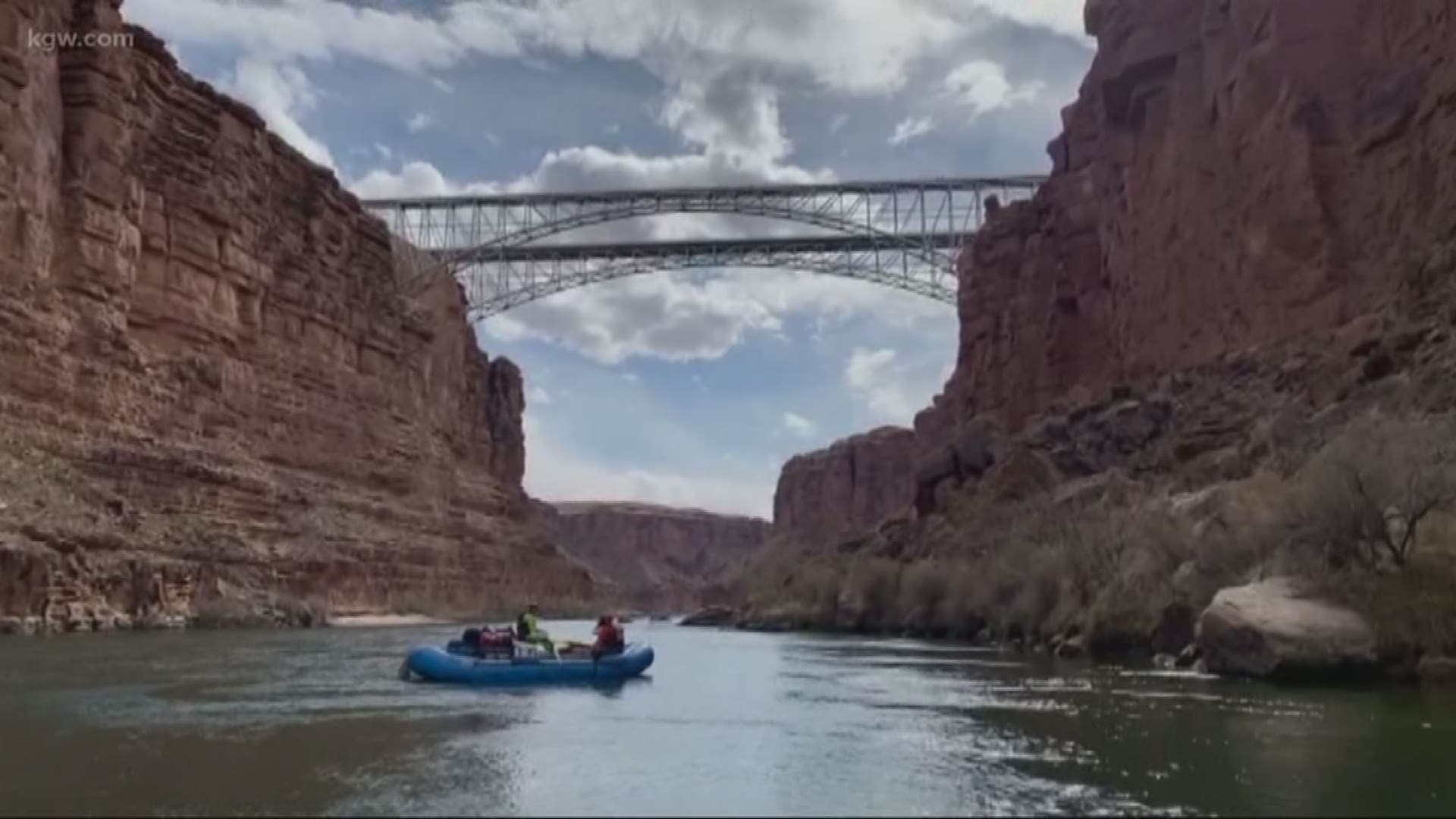 PORTLAND, Ore. — Gayle Murphy and her boyfriend, Chris Murray, spent the past year dreaming about rafting through the Grand Canyon. For most, it’s a once-in-a-lifetime opportunity. The 24-day adventure took them down the scenic Colorado River -- away from cell service, internet and far from the outside world.

“It was pretty much radio silence,” said Murphy.

The Portland couple anticipated returning to everyday life would be difficult, but they never expected a new reality.

Murphy and Murray were some of the last people in America to learn about widespread impact of the coronavirus pandemic. They returned to a world where schools were shut down, movie theaters were closed and people used an unfamiliar phrase, "social distancing."

“There’s a normal amount of culture shock when you come back from being disconnected,” explained Murphy. “Right now, it’s like coming into a completely different world.”

On February 29, Murphy took one last look at her emails. Oregon had just announced its first suspected case of coronavirus, but it wasn’t confirmed. Health officials encouraged people to wash their hands, but life in Oregon continued as normal.

The following day, Murphy and Murray set out on their journey with professional river guides and more than a dozen other people. The group would spend nearly three weeks paddling six rafts down the Colorado River in almost complete isolation.

They had a satellite phone for emergency messaging, but otherwise no cell service and no news.

Occasionally, the group would encounter other rafters on the river, also unaware of how the coronavirus had exploded in the outside world.

The closest hint came from a group of hikers, who the rafters encountered roughly 10 days into the trip. The hikers explained the coronavirus outbreak had worsened but didn’t have many details.

On March 24, Murphy, Murray and their fellow adventurers were paddling toward the end of their journey when a woman from the rafting company waved anxiously from the shore.

She explained she had an important message for everyone.

“I have to read this to you. The world is different now,” Murray recalled.

“As she read this, we all just stopped and were looking at each other,” explained Murphy.

The woman described hand washing policies and how people needed to distance themselves from one another -- a difficult concept for a tight-knit group that had worked hand-in-hand to help coordinate campsites, meals and safe passage through river rapids.

The rafters figured they were probably safe since they’d essentially been quarantined for almost a month on the river.

They packed up the rafts and loaded up vans.

Murphy and Murray said reality didn’t set in until the group drove out. They picked up cell service roughly an hour-and-a-half into the drive. Their cellphones exploded with text messages from concerned friends and family.

“I think we all had like 50 text messages,” said Murphy. “Almost everyone was, ‘The world has changed- you should be prepared'.”

The Portland couple didn’t have much time to get ready for re-entry. They both work in health care. Murphy is a nurse who does leadership education. Murray is a social worker in a psychiatric emergency department.

“It sunk in that this is a big deal,” said Murray. “I need to go back to work in an emergency department in 36 hours.”

Unlike most people inundated with 24-hour news updates and warnings from health officials, the Portland couple hasn’t had time to process change and sort through confusion. They’ve been thrust into this new reality after 24 days of isolation, unaware of how the coronavirus pandemic has changed our everyday lives.

“We will have moments where we just look at each other and say, ‘This is crazy!'” explained Murphy.