The owners of Stuffy's II Restaurant in Longview opened their dining room despite Washington state's four-week restrictions putting a pause on indoor dining. 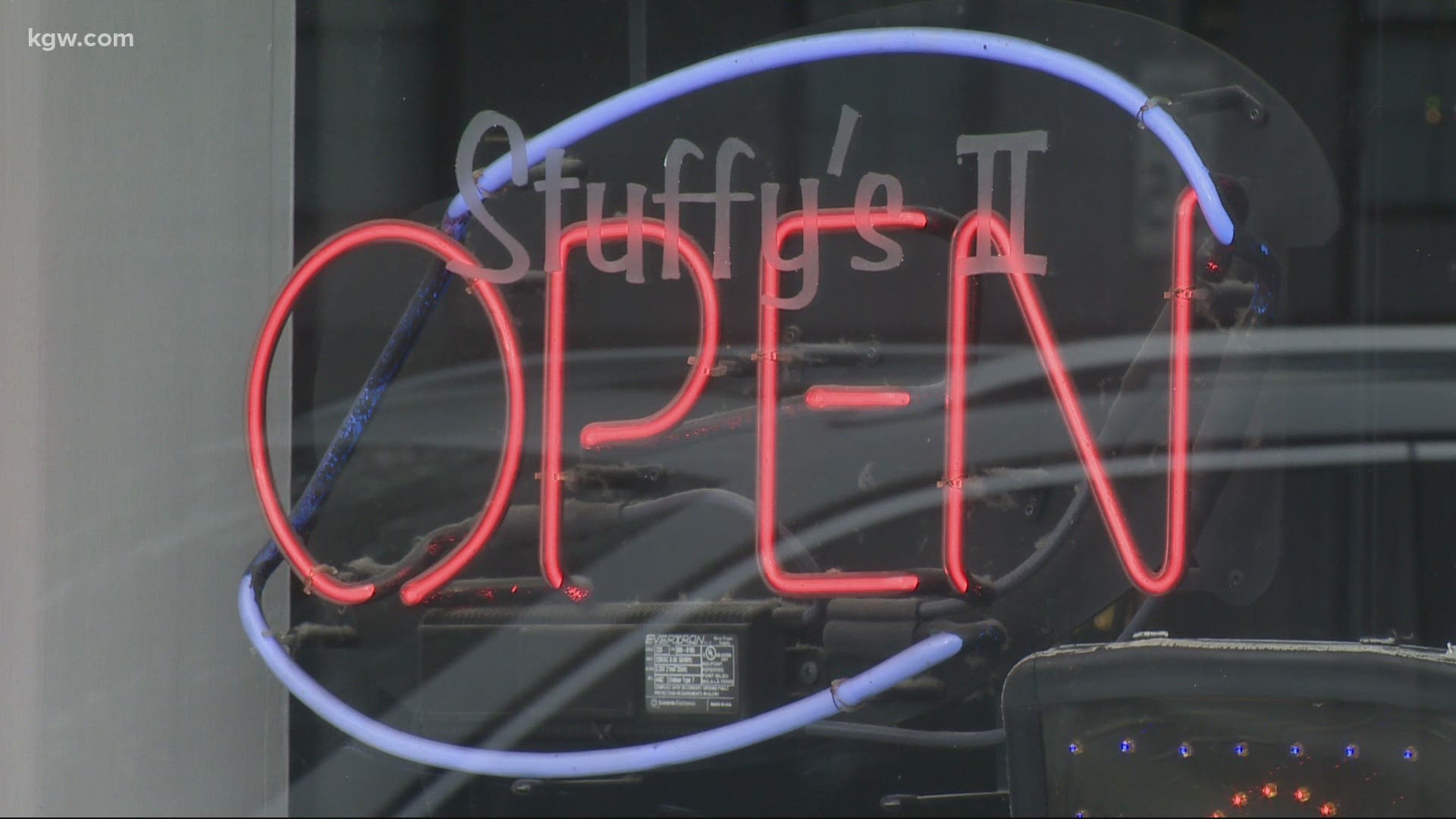 LONGVIEW, Wash. — The struggles of small businesses during the ongoing COVID-19 pandemic and the new restrictions in Washington and Oregon have been well documented.

"It's been rough, it's been really rough" said Longview restaurant owner Glenda Duling. "The first phase, we lived through it. But this phase, we can't. There's not enough money in to-go orders to sustain this restaurant."

She and her husband Bud own Stuffy's II restaurant. On Sunday they made the decision to open their dining room to diners, despite Washington state COVID guidelines that put a pause on indoor dining.

"Been one of the busiest days of our life," Bud Duling said.

"We did more even being open full yesterday," Glenda added, "They were here to support us."

The owners say even at 50% indoor capacity, the restaurant barely gets by.

Bud said he had no choice, but to try and save his restaurant.

"It was either open up or lose the restaurant," he said. "We're not planning on losing the restaurant unless they just shut us down. And if they do, we're totally out of business. Our 40 people are out of work, so it's either a do or die situation we're in."

In mid-November, Washington enacted a new four-week freeze for all businesses. Under the new set of restrictions, restaurants were not allowed to have indoor dining, but could have outdoor dining. Those restrictions are set to expire Dec. 14.

In Cowlitz County, the Cowlitz Economic Development Council (EDC) has tried to lessen the burden that restrictions and the pandemic have caused small businesses. Since April, the council has distributed roughly $4.5 million for small businesses.

"That is great and it helps, but at the end of the day it's a band-aid and a very small one at that." said Lindsey Cope, vice president of the Cowlitz Economic Development Council. "We are aiding them to not completely close their doors. They're able to pay rent, they might be able to buy a little bit of inventory, may keep somebody on an extra four weeks that they wouldn't have otherwise, but we aren't driving profits into their pockets."

Cope said roughly 65% to 70% of all businesses are small businesses. She said the vast majority employ less than 20 people.

Along Main Street in the historic Longview section of the city, Paige Espinoza puts together an order at the Country Folks Deli. She's been the owner of the restaurant for only 2-1/2 years. The first year she says was "fantastic". The last nine months have not been.

"Sales literally have dropped over 50%. When they first shut us down, obviously we lost a ton of sales." Espinoza said.

She said the way things are going, with the restrictions as they are, is not sustainable. Many business owners fear the four-week Washington COVID restrictions will last longer than four weeks.

"All of us as a group, not just me. If we don't get some serious help, there won't be many places that probably will be able to stay open." Espinoza said.

"One of the biggest things regular people can do, especially through the holiday season: shop close to home, shop local." Cope said, "Put in a little bit more extra work to find that sweater or those leggings, or homemade wreath or whatever it is and buy it that mom-and-pop shop. That is going to go so much further in your local community than shopping at the big box stores."

RELATED: 'Put your money where your heart is' and shop small, say Portland business owners 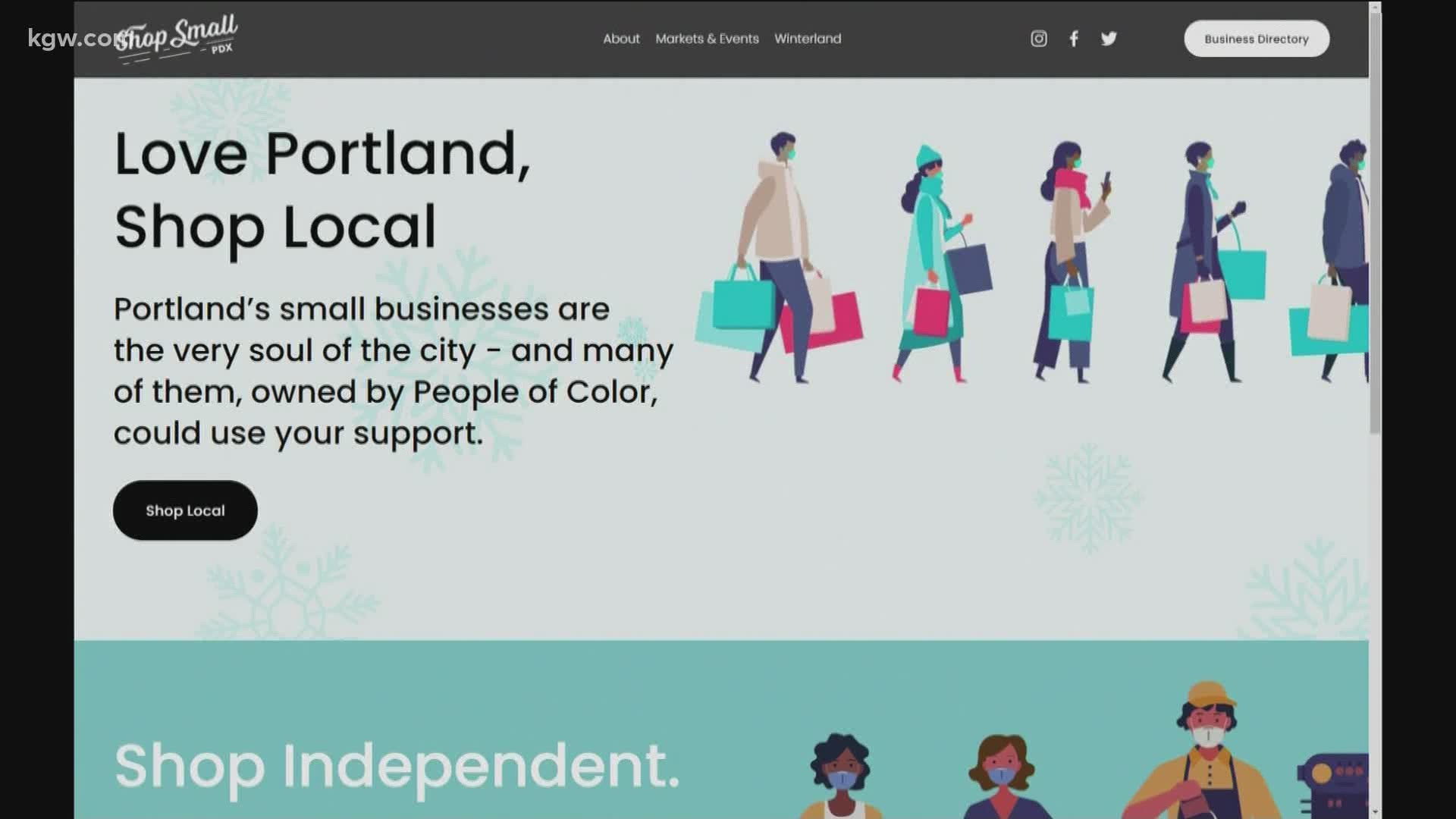