About a dozen state and local leaders signed an open letter to Gov. Kate Brown decrying the new restrictions. One COVID-19 survivor is outraged with their stance. 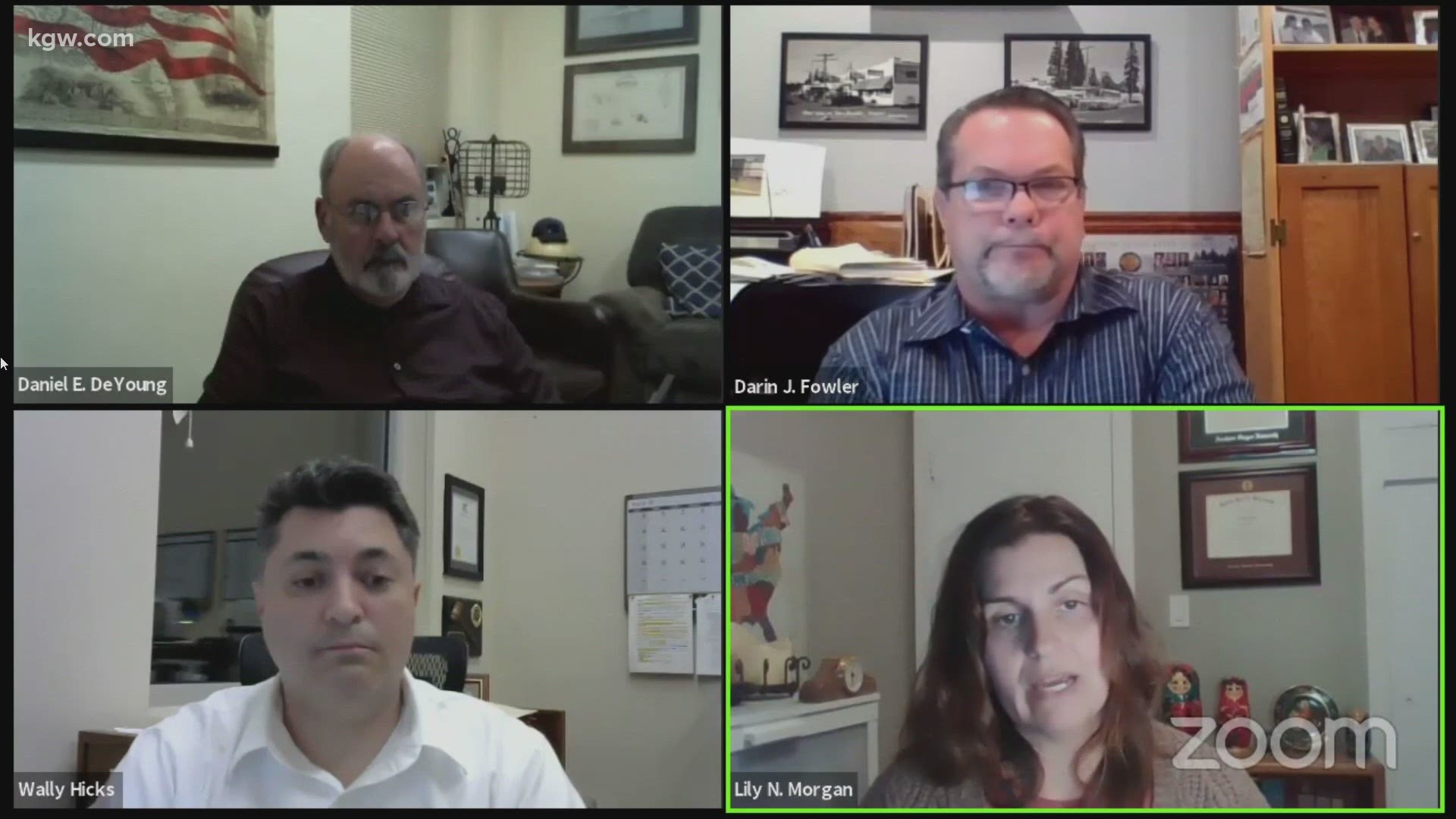 PORTLAND, Oregon — The freeze is on. For at least the next two weeks in Oregon and four weeks in Multnomah County, no more eating out at restaurants. No going to the gym. And just in time for Thanksgiving, social gatherings in our homes are limited to no more than six people.

Gov. Kate Brown wants people to comply. If not, her executive order gives law enforcement the power to cite, fine or arrest.

State Rep. Bill Post is fired up about the freeze.

“Knocking on somebody's private door and saying you have too many people there?  No that's insane, and there's no way. It's not just that it's unconstitutional, it's not common sense,” said Post.

Post, a Republican who represents people in Keizer, Newberg and St. Paul, sent an open letter to the governor, criticizing the restrictions. He was joined by a dozen or so state and local leaders. But Keizer resident Chelsea Alionar is fired up against it.

“I read the open letter to the governor from many of our representatives, including my city's mayor, a Marion County commissioner, and I was outraged immediately to say the least,” said Alionar.

Alionar got COVID-19 early on in the pandemic and is still suffering. Thursday was day 255 for the long haul COVID fighter. She fully supports the freeze.

But there is more dissent in parts of the state. In southern Oregon, Josephine County commissioners passed a nonbinding resolution, hoping to get a court to rule businesses there exempt from the restrictions.

And the Catholic church is weighing in locally.

Archbishop Alexander K. Sample of Portland wrote, in part, "I understand the need to address the spike in COVID-19 cases, but we know that spread of the virus is not happening at faith gatherings ... We need a policy that matches our current situation, keeps people safe and meets the spiritual needs of people of faith in Oregon."

The Archdiocese of Portland in Oregon said it's been following the rules meticulously.

But outbreaks have happened in churches, including a big one in Union County in June. A Pentecostal church there wasn't following the rules at the time.

Rep. Post said his biggest concern is for the economy, small businesses and jobs.

As for criticism of his position on the freeze from Chelsea Alionar and others, Post said, “I would be glad to parade the amount of people who lost their job yesterday by them and ask, I don't know, is this worth it?”