An older volunteer workforce and social distancing have created unforeseen challenges for the Helping Hands Food Bank in Sedro-Woolley, but they're making it work. 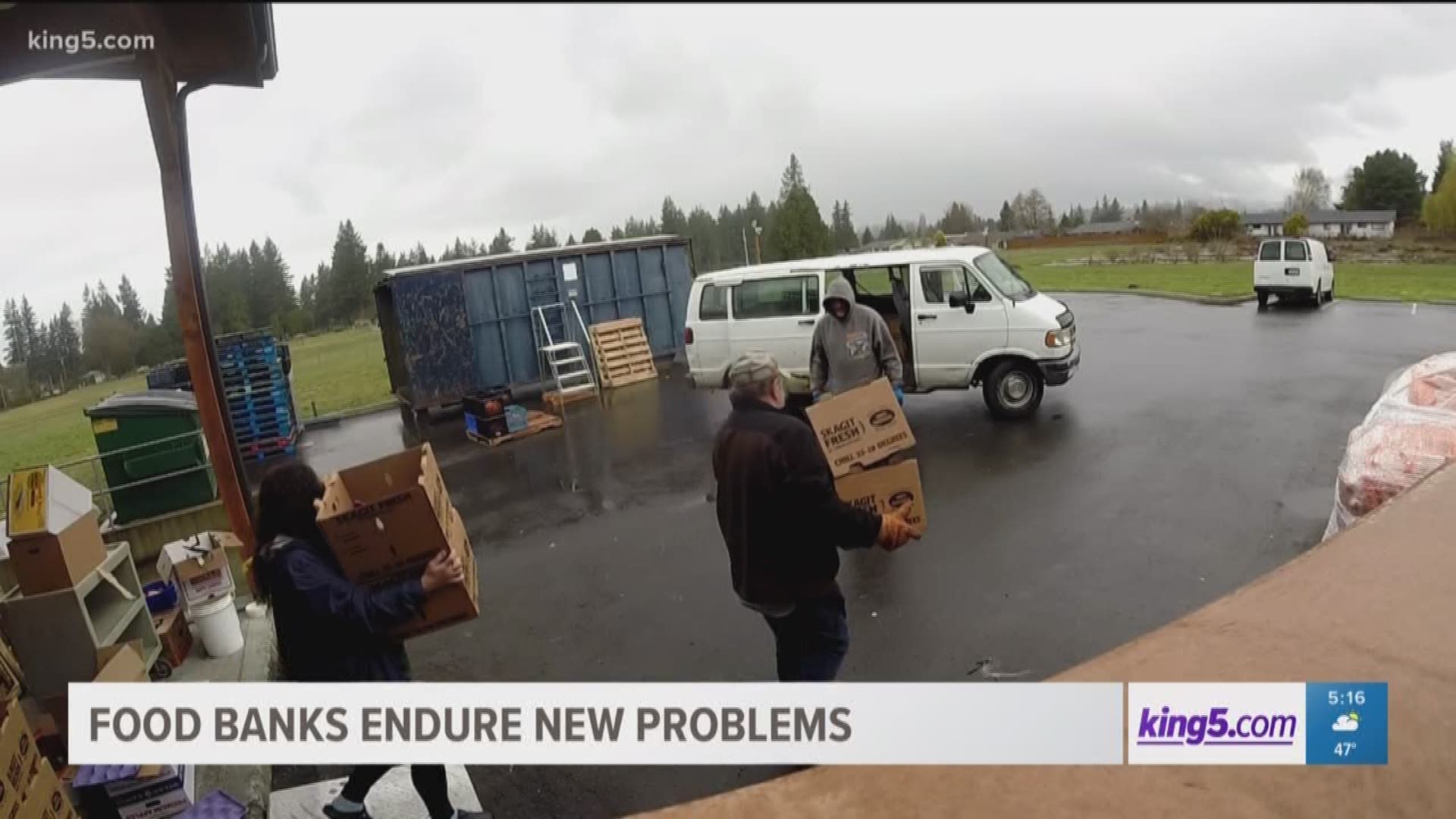 "What we're seeing now is people who really have no idea what's next," said Executive Director Becky Larsen.

The food bank used to see 900 people a week walk through its doors. Now, those doors are closed to the public for fear of spreading the coronavirus.

The overwhelming majority of the food bank's volunteers are over the age of 60, so it isn't safe for them to report for duty. Larsen said the set up wasn't safe or sustainable.

"Going home and talking to my family, I realized it was irresponsible. It became something that we couldn't do any longer."

The food bank building is now used as a warehouse. The weekly food distribution is now done via drive-thru in a nearby grocery store parking lot.

It's the new normal for the foreseeable future.

"People will be coming here for a long time to get back on their feet," said Larsen. "For food banks, it's not gonna be a 6 week thing and done. It's gonna be the rest of the year."

The prospects for the rest of the year look daunting, as well. Because people have been stockpiling food there isn't nearly as much for grocery stores to give away.

Of the 3 million pounds of food Helping Hands received last year, about 2 million of it was donated by grocery stores or farms.

RELATED: 80+ Washington nonprofits that need your support now more than ever

RELATED: Free grab-and-go meals for kids are available at these Puget Sound schools during coronavirus shutdown

The organization has now been forced to start paying normal retail prices for a lot of its food, which is driving up costs.

Cash donations are expected to dwindle, as well, with fundraisers canceled and a very unstable economy. But workers at Helping Hands say they will continue to adapt.

They're finding younger volunteers to pack their food, including entire families, and the desire to help out is spreading across the community.

See how you can help or volunteer here.

"We'll get through this," said Larsen. "For every bad thing that happens, there's a good thing."