The pandemic has thrust grocery workers in a new light as they work to keep supermarkets open, while facing their own safety risks. 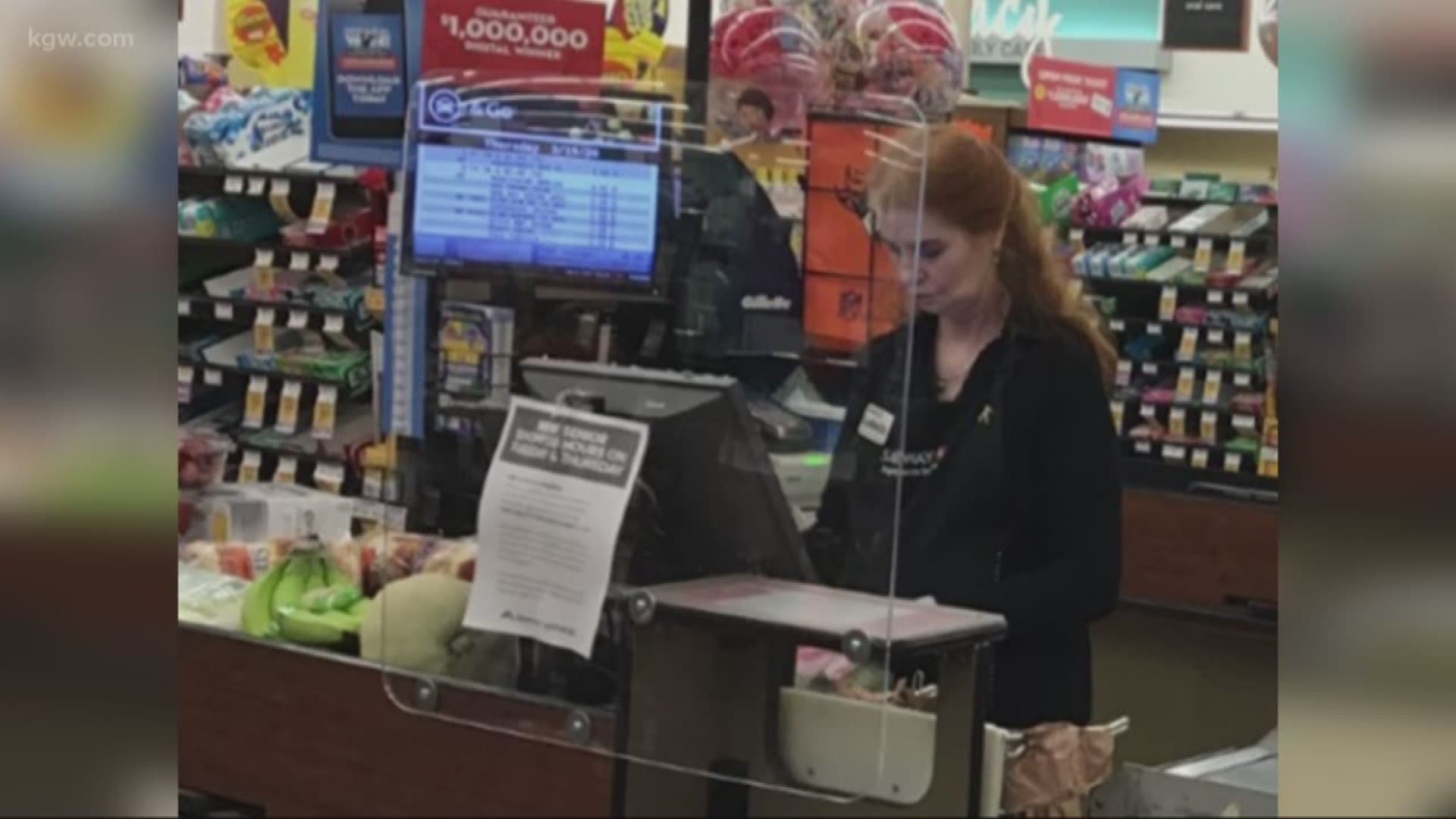 PORTLAND, Oregon — Safeway and Albertsons will add plexiglass barriers in checkout lanes to help protect customers and store clerks. The companies announced Friday, ‘sneeze guards’ will be installed in more than 2,200 grocery stores.

Additionally, the grocery store chain discontinued use of self-serve operations like soup and salad bars.

Safeway and Albertsons will reserve special times for seniors and other vulnerable shoppers on Tuesday and Thursday from 7 am to 9 am.

Grocery workers at Safeway and Albertsons will receive a temporary $2 an hour pay increase in appreciation of their extra effort, the company said Friday.

The coronavirus pandemic has thrust grocery workers in a new light as they work to keep supermarkets open, while other places close-down. These front-line workers are vulnerable.

Fred Meyer confirmed an employee at its Glisan store in Northeast Portland tested positive for the coronavirus.

Fred Meyer didn’t notify customers, explaining it was following the advice of the health department.

“It isn’t something we can sweep under the rug,” said Dan Clay, president of the United Food and Commercial Workers, Local 555.

“I think it is super important that if somebody is infected, there is a disclosure. I don’t think anybody should be giving out names, but it does seem like a good idea to say, ‘Hey, you might have come into contact with this person,” explained Clay.

Fred Meyer said a cleaning company sanitized the store. The store in Northeast Portland is open and appeared busy on Friday.

Grocery workers whose hours have gotten longer and work harder because of the crush of customers say they face safety risks every day.

“If your grocery crew gets sick, there’s not going to be anybody there to keep that store open,” said Nathan Johnson, a clerk at Albertsons.

Johnson feels grocers should limit the number of shoppers coming into stores to create greater distance for customers and workers.

“There’s no crowd control at the front door,” said Johnson.

This week, governors in Minnesota, Michigan and Vermont designated grocery employees as emergency workers, which makes their children eligible for free care at schools. Union officials hope Oregon will adopt a similar designation for its grocery workers.