While some hospitals are still waiting on their first shipment, others began vaccinating employees Monday. 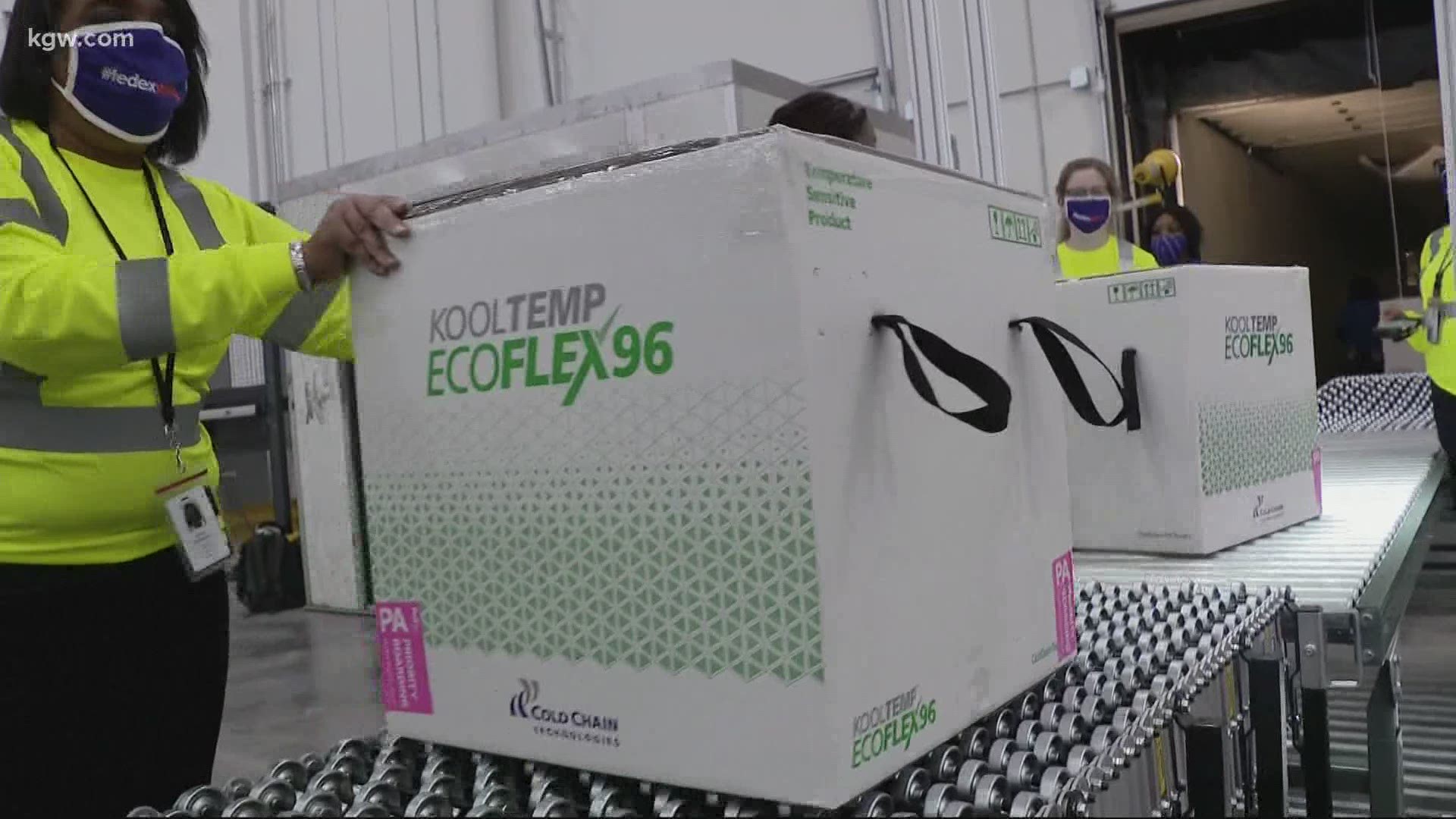 PORTLAND, Ore. — Three days after the FDA approved a second vaccine, shipments of the newest weapon against the coronavirus arrived in Oregon.

At Pacific Communities Hospital in Newport, the hospital received 700 doses, far fewer than the 3,200 than CEO Dr. Lesley Ogden says she was expecting for use at three of Samaritan Health Services' hospitals.

"So we're just not sure why we're getting what we're getting and when we're getting it." Dr. Ogden said, "It's a lovely problem to have, because we're happy to get a  shipment of vaccines."

Ogden said she wasn't expecting the initial shipment until Tuesday. The hospital on Monday already started vaccinating the most at-risk employees, or those working for the hospital that may not be employees.

"They're not strictly our employees, but they're those working on our behalf with the highest risk patients." Ogden said. "For example, an environmental services worker who is cleaning our ERs, or our ICUs, has a much higher risk than maybe someone who's in an administrative position."

Sky Lakes Medical Center in Klamath Falls received 800 doses of the Moderna Vaccine and began vaccinating employees based on risk of exposure and several other factors.

A spokesperson for the hospital said the first priority will be staff in the COVID ICU unit and at the hospital's COVID test site, as well as other higher at-risk employees throughout the hospital.

RELATED: People over 75, essential workers next in line for COVID-19 vaccine

Curry Health Network said they didn't meet the Oregon Health Authority requirements to receive the Pfizer vaccine, due to the smaller amount of healthcare workers in Curry County. The Pfizer vaccine was shipped 975 doses to a box.

The Moderna vaccine is 94.5% effective against the coronavirus, relatively similar to Pfizer's 95% effectiveness. With the expedited roll out of two vaccines, that has some health care workers concerned.

"I've had people express to me they don't like how rushed the vaccine was, I think that they are just on the fence." Williams said, "We've had our folks that we've talked to that are going to decline the vaccine at least initially."

The vaccine for both companies will be administered in two doses. The interval between Moderna's shots is 28 days apart, whereas Pfizer's is 21 days. The vaccines cannot be mixed, so for example if you take one dose of the Moderna vaccine the first time, you would take the second dose also with Moderna. The same goes for the Pfizer vaccine.

The vaccine won't be available to the general public for several months, but for the hospitals, it's another weapon in the fight against a deadly virus.

"This is a feeling of hope." Dr. Ogden said. "This is a feeling of momentum to get to resolution. Even though this is a long game and we know things won't change immediately, this is the start of what we hope will be the start of the end of being able to bring our infection rate under control and being able to protect our health care workers and those that put their life on the line every day."