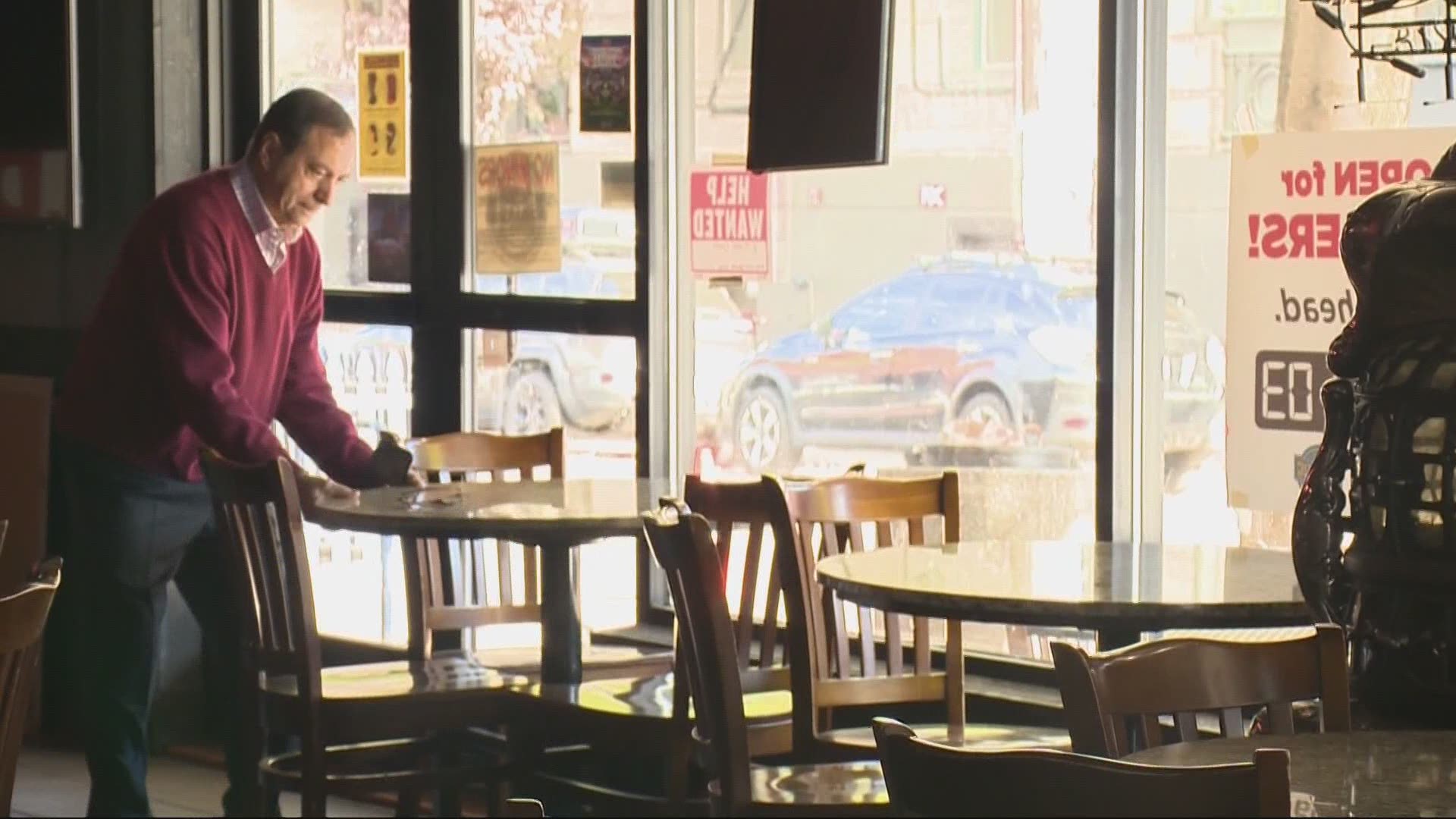 For restaurants in impacted counties, the change means they can once again serve customers indoors at 25% capacity, after going a week without that option.

'We are very grateful, it was wonderful news," said Chrystal Law, manager at Mangiare Italian Restaurant in Independence. "This week has definitely been very, very slow for us despite having the patio open."

KGW spoke with Law last week after news of the closure broke, and before anyone knew how long it would last. She's grateful to avoid what would have been another big blow to her business.

“Mother's Day weekend is our busiest weekend of the year, so the revenue from that makes up a lot of what we normally miss during the slow season in the winter,” said Law.

Returning to the high risk level impacts sports teams, too. The Portland Timbers and the Portland Thorns both tweeted, “We are excited to confirm that we can continue having our supporters in a limited capacity at providence park this weekend, as today the state announced a reduction in county COVID risk levels."

But for the Portland Trail Blazers, the waiting game continues. Right now, the Blazers are one of only three teams in the NBA that aren't allowing fans at home games. Even Damian Lillard tweeted his frustration saying, "So we gone be the only damn team in the whole league with no fans."

The Oklahoma City Thunder and Chicago Bulls also aren't playing in front of fans in their home arenas.

The Blazers came up with a plan to allow 10% of fans to attend home games. That's just over 1,900 people spread across nearly 20,000 seats. Gov. Brown and state health officials approved the plan but last week, the governor rescinded it.

“It was extremely difficult,” said Jim Etzel, speaking about recent restrictions. Etzel is CEO of Sport Oregon, the state's sports economic development organization. He said inconsistent restrictions — especially for managing large groups — will have a long-term impact on the state.

“Events rights holders are struggling with — ‘Why should I come to Oregon,’ when there's not demonstrated leadership at the government level that creates pathways to create prosperity for our communities?” said Etzel. “It's not just a sports thing.”

Perhaps the state is listening. On Tuesday night, Oregonian sports columnist John Canzano tweeted that a source in Salem told him the Blazers have been approved for 10% fan capacity at the Moda Center, beginning Friday.

In the meantime, Chrystal Law, is preparing to welcome guests back indoors on Friday, hopefully for good. Gov. Brown said Tuesday, "With Oregonians continuing to get vaccinated each week, my expectation is that we will not return to extreme risk again for the duration of this pandemic."

“I'm really hopeful that [Gov. Brown] is correct,” said Law, “and this will be the last time.”